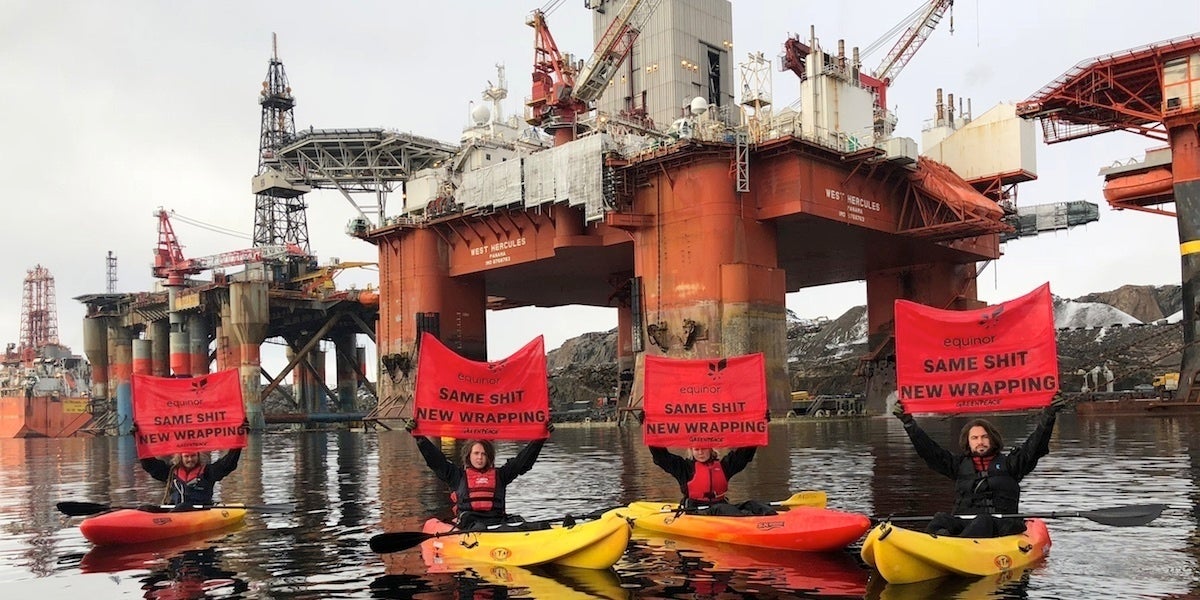 Two people boarded the rig at the Skipavik yard on Norway’s west coast Thursday morning and have requested a meeting with the rig’s captain.

Another 10 activists are in the water with signs that say, “Same shit, new wrapping,” in reference to Statoil, Norway’s biggest petroleum company, that
wants to change its name to “Equinor.”

The protesters are there “to ensure the rig does not leave port,” Truls Gulowsen, the head of Greenpeace in Norway, told
Reuters.

“We are prepared to stay as long as necessary,” he added. 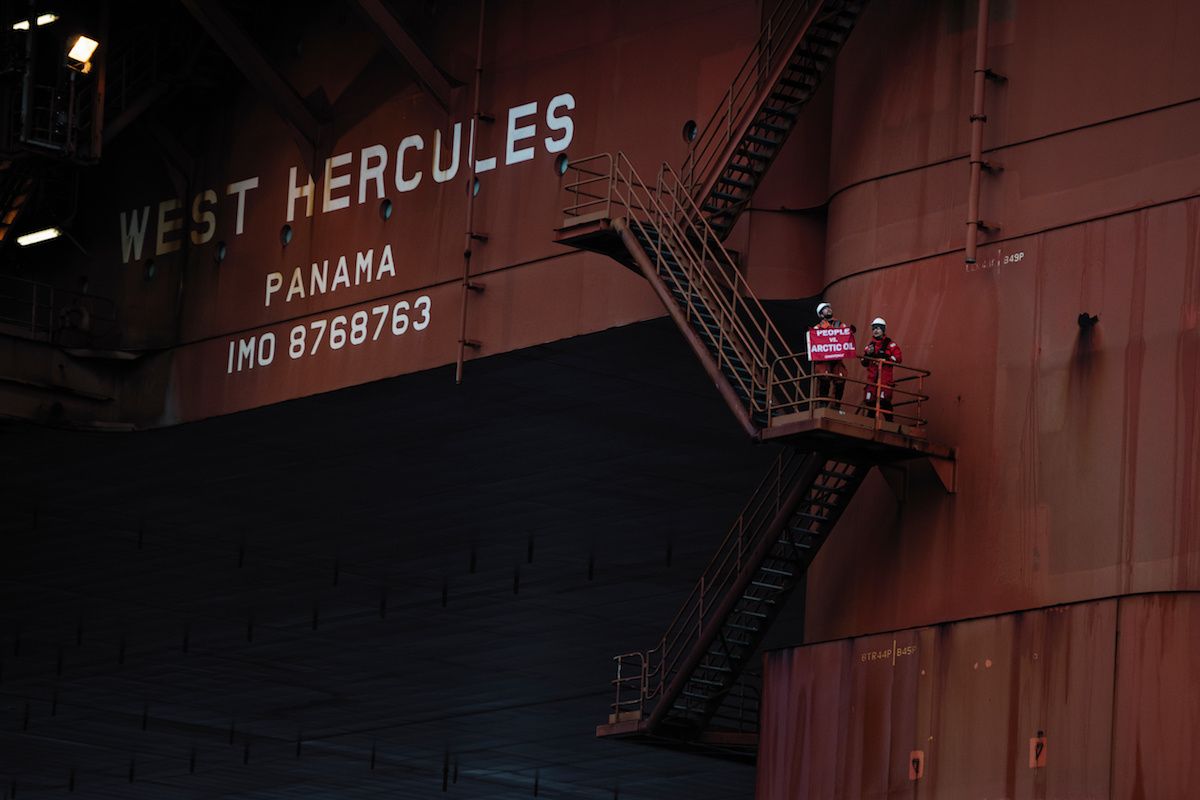 Kayaktivists from Greenpeace Norway have boarded the oil rig West Hercules in a fjord off the west coast of Norway.Greenpeace

Earlier this year, Greenpeace and other groups lost a
climate case against the Norwegian government for granting new oil drilling licenses in the Arctic ocean, claiming that such activity violates people’s right to a healthy environment and breaches the Paris agreement.

An appeal was launched soon after. Greenpeace demands that Statoil suspend all drilling until a final verdict is reached.

“The amount of oil and gas that has already been found is more than the climate can withstand, so it is pointless and dangerous to look for more. Nevertheless, Statoil is preparing for a massive oil exploration operation in the Barents Sea,” said Gulowsen in a statement.

“Whatever they call themselves, oil will still stain their name if they continue to pursue drilling in the Barents Sea and are involved in several highly controversial oil projects around the world,”
said Gulowsen.

“They must cancel plans for exploration drilling at Korpfjell and Gjøkåsen over the summer, for the climate and environmental reasons, and also because the oil wells are subject to a legal challenge.”

Statoil said the protest would not affect operations.

“There’s a contract for upcoming work, but we haven’t begun any operations yet in that regard. It’s from this summer and onwards,” spokesman Morten Eek told Reuters.