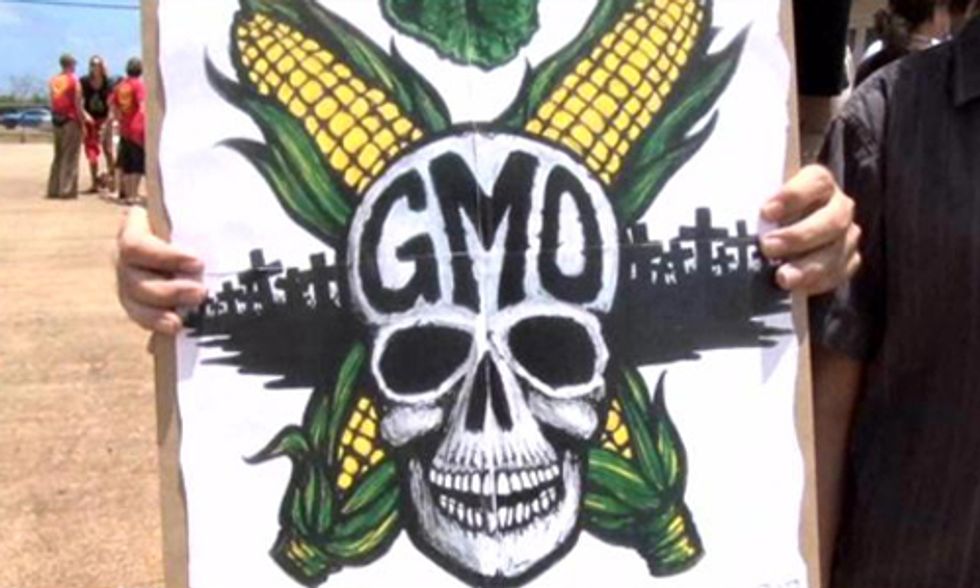 Kauai's county council approved a proposed law Wednesday that mandates farms to disclose pesticide use and the presence of genetically modified crops.

The bill now goes to the mayor, who has 10 days to sign it into law.

The measure applies to farms that use more than five pounds or 15 gallons of restricted-use pesticides annually. The bill also requires a 500-foot buffer zone near medical facilities, schools and homes—among other locations. The island hosts 15,000 acres of crop lands that are used by biotech companies and chemical manufacturers to test their products.

Supporters of the measure say passage of the bill is a victory for the Kauai community's right to know.

"The days of the GMO chemical companies poisoning us in silence are over. For the first time on Hawaii, a legislative body has passed a strong law to protect the locals and visitors from toxic agriculture chemicals that are known cancer-causing agents and hormone disruptors," the Hawaii Justice GMO Coalition said in a press release. The organization led the citizen effort to pass the bill.

Officials say some residents lined up around 3 p.m. Tuesday to participate in the council discussion.

"All this time, I've never seen such passion and such interest from the Kauai community on any issue," Councilman Gary Hooser told Hawaii News Now. The councilman helped author and introduce the original bill.

Opponents say the bill's intention was not to educate people about pesticide use, but simply an attempt to rid the island of GMO seed companies.

"We're disappointed. We recognize that the most onerous, anti-GMO provisions were removed from the bill, but we still maintain that the county really lacks the resources and the expertise for enforcement and administration of pesticide laws," said Alicia Maluafiti, executive director of the Hawaii Crop Improvement Association.

"Veto is not a consideration. I would like to look at the bill and see how we can really work it out, but my final decision will only be after I look at the final draft and I get the county attorney's opinion," Carvalho said.

If the mayor does sign it, the bill will take effect in nine months.

Violators could face up to one year in jail or up to $25,000 a day in fines per offense.

The Big Island of Hawaii County Council is expected to consider a bill this week that would prohibit all open-air growing of genetically modified organisms (GMOs) except papayas and other GMO crops now being cultivated.

The bill also would prohibit biotech companies from operating on the Big Island.