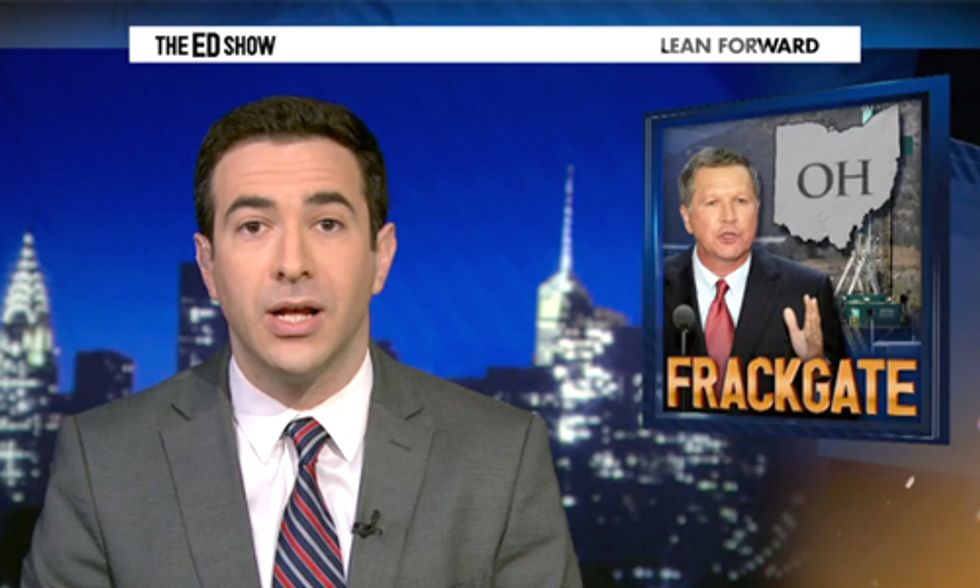 EcoWatch reported last weekend that a public documents request revealed a plan by the Ohio Department of Natural Resources (ODNR) to work with “allied” groups to promote fracking in state parks.

On Feb. 17, EcoWatch reported that new evidence was released showing Ohio Gov. Kasich’s involvement in the communications plan that detailed how the ODNR would “marginalize” opponents of fracking by teaming up with corporations—including Halliburton—business groups and media outlets.

On Feb. 18, State Representatives Nickie J. Antonio (D-Lakewood) and Robert F. Hagan (D-Youngstown) called on the Ohio Speaker of the House to hold legislative hearings to determine whether Gov. Kasich and the ODNR are promoting the interests of the oil and gas industry rather than protecting the public interest.

Watch this episode of MSNBC's The Ed Show highlighting how yet another star Republican governor finds himself under investigation, as Gov. Kasich faces huge criticism for his involvement in "FrackGate."