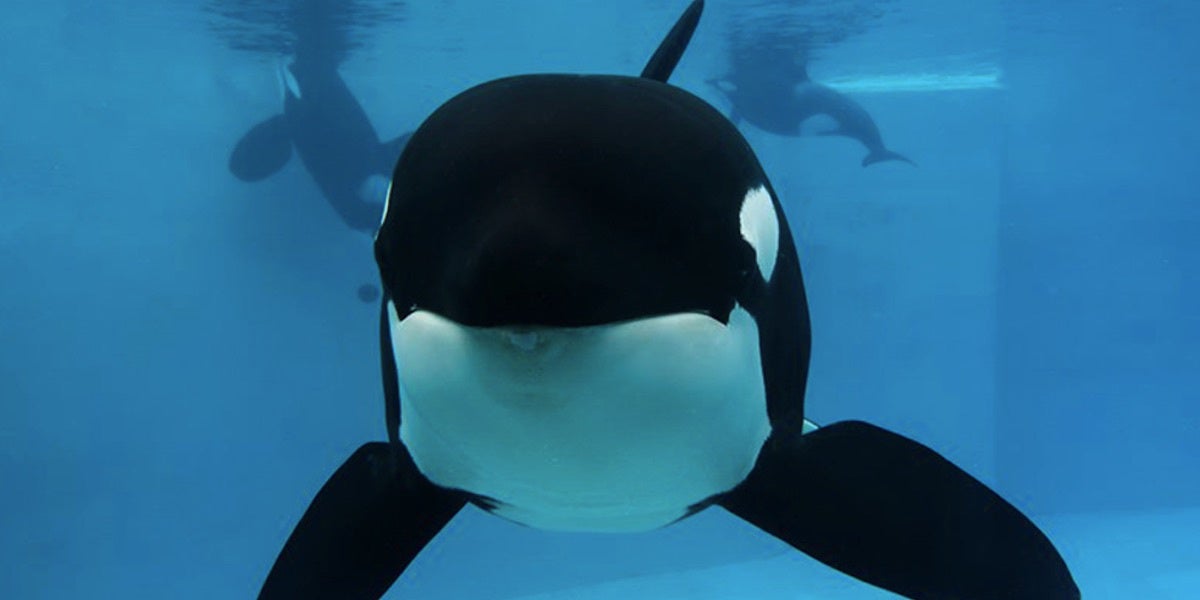 Kasatka, a female orca who lived in captivity for nearly four decades, was humanely euthanized Tuesday night at SeaWorld San Diego. She was approximately 41 years old.

The ocean park announced that the mother of four, grandmother of six and great grandmother of two died at approximately 8:15 p.m. “surrounded by members of her pod, as well as the veterinarians and caretakers who loved her.”

“All of us at SeaWorld are deeply saddened by this loss, but thankful for the joy she has brought us and more than 125 million park guests,” the statement continued.

The 10 remaining killer whales currently living in the San Diego facility “appear to be doing well, but we’re monitoring and watching for any changes in their behavior,” SeaWorld said.

Kasatka’s was captured off the coast of Iceland on October 26, 1978 when she was less than two years old. Conservation organization Dolphin Project notes that with her death, only three wild-caught orcas remain at SeaWorld parks in the United States—Ulysses and Corky in San Diego, and Katina in Orlando.

Kasatka had been undergoing treatment for lung disease after being diagnosed with a bacterial respiratory infection in 2008.

“Despite their best efforts, her health and appetite significantly declined over the past several days despite continually tailored treatments,” SeaWorld said. “Kasatka’s veterinarians and caretakers made the difficult decision to humanely euthanize her to prevent compromising her quality of life.”

However, questions remain about her passing. An article and photos posted by Dolphin Project in June showed Kasatka appearing lethargic and perhaps struggling with an infection from open lesions. Former SeaWorld trainer John Hargrove, a SeaWorld whistleblower who appeared in the 2013 documentary Blackfish, posted photos of the apparent injuries on social media.

He also tweeted last night, “I screamed for the media to demand an independent lab do the tests because they can’t be trusted.They will never release her necropsy report”

Hargrove told Times of San Diego in June that SeaWorld was “doing everything known to science to keep her alive” to avoid another orca death in quick succession, including Kyara, who died in July at just 3 months old and was the last orca born in captivity at SeaWorld, and Tilikum, who died in January.

Tilikum was made famous in Blackfish for killing a SeaWorld trainer in Orlando. His story brought the issues surrounding captivity and the animal amusement industry into the national conversation.

Kasatka, who gave birth to Tilikum’s son Nakai in 2001 through artificial insemination, has also shown aggression to humans. In 2006, she grabbed trainer Ken Peters underwater during a performance in California. Peters survived the incident and later said that the risks with working with the whales are “acceptable.”

Following years of criticism, SeaWorld announced in May 2016 that it would cease all of its orca breeding programs. The company now cares for a total of 21 orcas at its three facilities in San Diego (10), Orlando (6) and San Antonio (5).

SeaWorld has posted a tribute video of Kasatka following her death. Watch here: