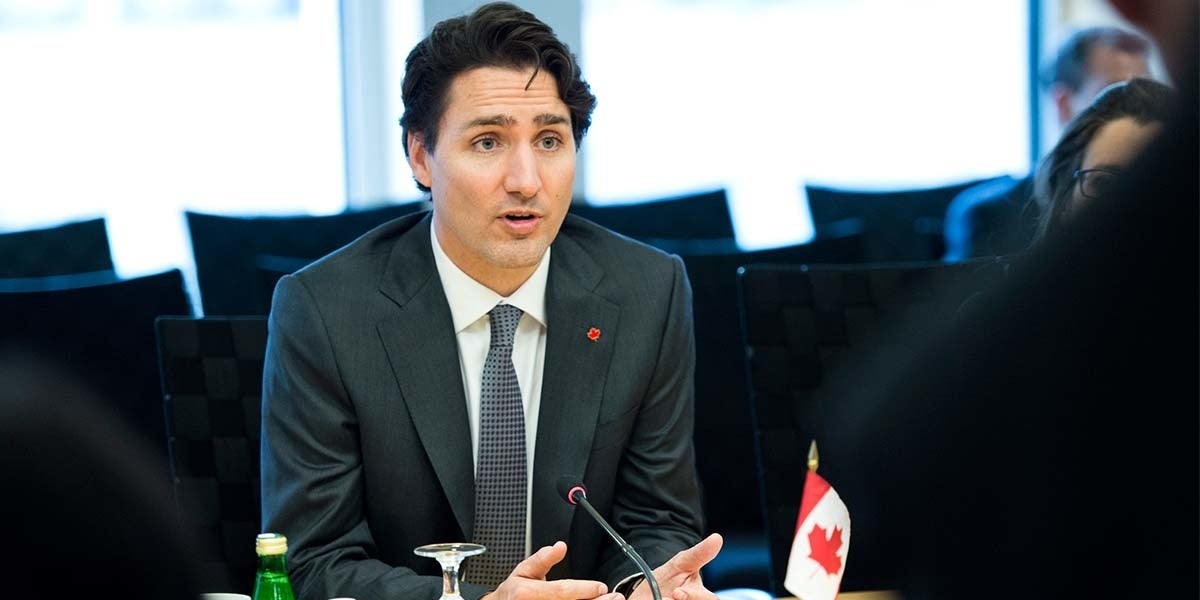 With just over a week to go until the May 31 deadline set by Kinder Morgan for the Canadian Government to resolve all financial and political issues surrounding its highly controversial Trans Mountain pipeline, some 236 civil society groups from 44 countries have written to Justin Trudeau to tell him to drop his support for the project.

Kinder Morgan’s Trans Mountain Pipeline will triple the amount of dirty tar sands being shipped from Alberta to the coast of British Columbia.

The pipeline has become the most toxic Canadian political issue of the day, with Trudeau’s government saying they will underwrite losses incurred by Kinder Morgan in their desperation to see the dirty pipeline be built.

Since that announcement for financial support on May 16, there has been growing national and international hostility to the plan.

Just in the last 24 hours, for example, award-winning Canadian journalist Andrew Nikiforuk said that Trudeau was being held “hostage” by Kinder Morgan. “The Trudeau federal government has made itself a pathetic hostage to a Texas-based pipeline company known for its cheapness and debt,” he wrote Wednesday.

Also on Wednesday, some 200 youths from a number of Vancouver schools walked out of class to protest the government’s support for the pipeline. “This is a chance to show our elected leaders and Kinder Morgan that our lands, livelihoods and future are more important than a pipeline,” said Ta’Kaiya Blaney from Vancouver. And finally on Wednesday, protesters unveiled banners at the Canadian Embassy in Washington, DC, saying, “Canadian Leaders Don’t Build Pipelines.”

And that banner refers to a simple climate circle that Trudeau can’t square, however much he tries to spin it otherwise: Trudeau has signed up to the Paris climate goals, but the amount of carbon that would be transported and ultimately burnt by the Trans Mountain Pipeline means that Canada would miss those goals.

As the letter outlines: “Canada has been a vocal champion of the Paris Agreement and ambitious climate action, and under your leadership, Canada has finally signed the United Nations Declaration on the Rights of Indigenous Peoples.”

It continues: “However, your unwavering support for the Kinder Morgan Trans Mountain pipeline expansion runs counter to both of these commitments and undermines Canada’s role as a global leader.”

“Climate leaders cannot expand or finance major fossil fuel expansion, and climate leaders must begin to plan for a managed phase-out and just transition away from all fossil fuel production,” says the letter.

The letter goes on to say: “As global organizations deeply concerned about the climate, communities, workers, and Indigenous Rights, we stand in solidarity with those who oppose the Kinder Morgan Trans Mountain pipeline. We also support communities along the proposed pipeline and tanker routes who are standing up to protect the land, the coast, and the ocean from the risks of spills and other damage”.

It points out that Canada should be leading the world in a “managed decline” of fossil fuels and transition to clean energy. “The time for investment in new fossil fuel infrastructure is over,” say the signatories, before ending with: “We urge you to reconsider your support for this project, and instead work to make Canada the climate leader that it should be.”

Leila Salazar-López, executive director of Amazon Watch, said, “We stand with our indigenous brothers and sisters in the North in their efforts to protect their territories from the Kinder Morgan Pipeline and other destructive fossil fuel infrastructure. It is past time for governments—including the Canadian government—to respect UNDRIP [United Nations Declaration on the Rights of Indigenous Peoples] and begin a managed decline of fossil fuel extraction. Our collective futures depend on it.”

May Boeve, executive director of 350.org added, “The Kinder Morgan pipeline threatens to pollute clean air and water, violate the rights of First Nations, and lock us into climate-wrecking fossil fuel extraction. Justin Trudeau has spoken about justice for Indigenous people and addressing climate change, but his actions are miles behind his words. At the end of the day, you cannot be a climate leader while supporting fossil fuel pipelines.”