These Celebrities Take a Stand Against Dakota Access Pipeline 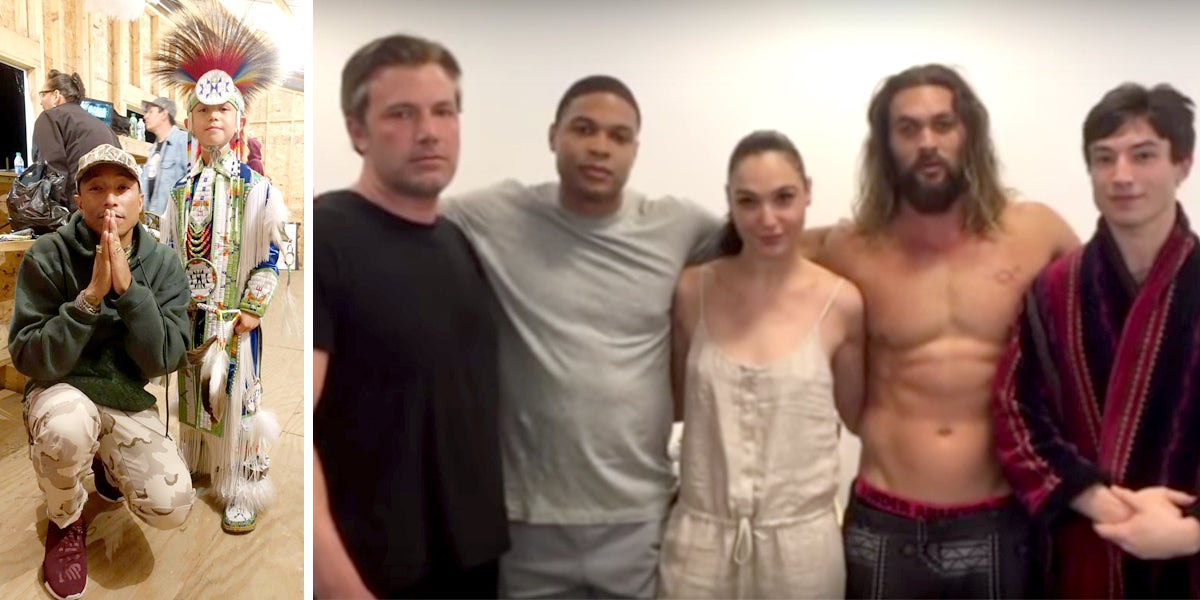 “As a gang of Earth defenders, we want to send a big shoutout to the Oceti Sakowin and those who stand with them in opposing the Dakota Access Pipeline,” Miller says in the video. Oceti Sakowin is the proper name for the people commonly known as the Sioux.

“Join us in supporting the youth of Standing Rock as they fight the Dakota Access Pipeline, which will leak into their drinking water!” Momoa wrote on his
Instagram, adding that “Aquaman is pissed.”

The U.S. Army Corps of Engineers has approved construction of a 1,170-mile, $3.7 billion pipeline that would transfer up to 570,00 barrels of crude oil per day from the North Dakota Bakken region through South Dakota and Iowa into Illinois. The pipeline would cross the Missouri River, a mile north of the Standing Rock Reservation. A potential oil spill could destroy sacred land or pollute the tribe’s main source of drinking water as well as more than 200 smaller rivers and creeks.

Protests came to an intense boil over the weekend, but the battle against the Dakota Access Pipeline, a project of Texas company Energy Transfer Partners, has been simmering since this spring.

In May, Oscar-winning actor and clean energy advocate Leonardo Dicaprio tweeted that he was “standing with the Great Sioux Nation to protect their water and lands.”

Since then, many other environmentally-minded celebrities have joined the chorus. On Aug. 25, actors Shailene Woodley, Riley Keough and Susan Sarandon joined tribe members at a courthouse in Washington, DC to protest the pipeline’s construction.

“I’m here as a mother and a grandmother to thank the people of the Standing Rock community for bringing our attention to this horrible thing that is happening to their land, which in turn will endanger all of us … because all of our waters are connected,” Sarandon
said.

“We have so much we can learn from the Standing Rock Sioux Tribe and other Native American tribes,” he said. “The children of Standing Rock ran 2,200 miles on foot to Washington, D.C. to save their sacred land from the oil industry. Let’s help protect them so they can continue to live in peace #rezpectourwater.” 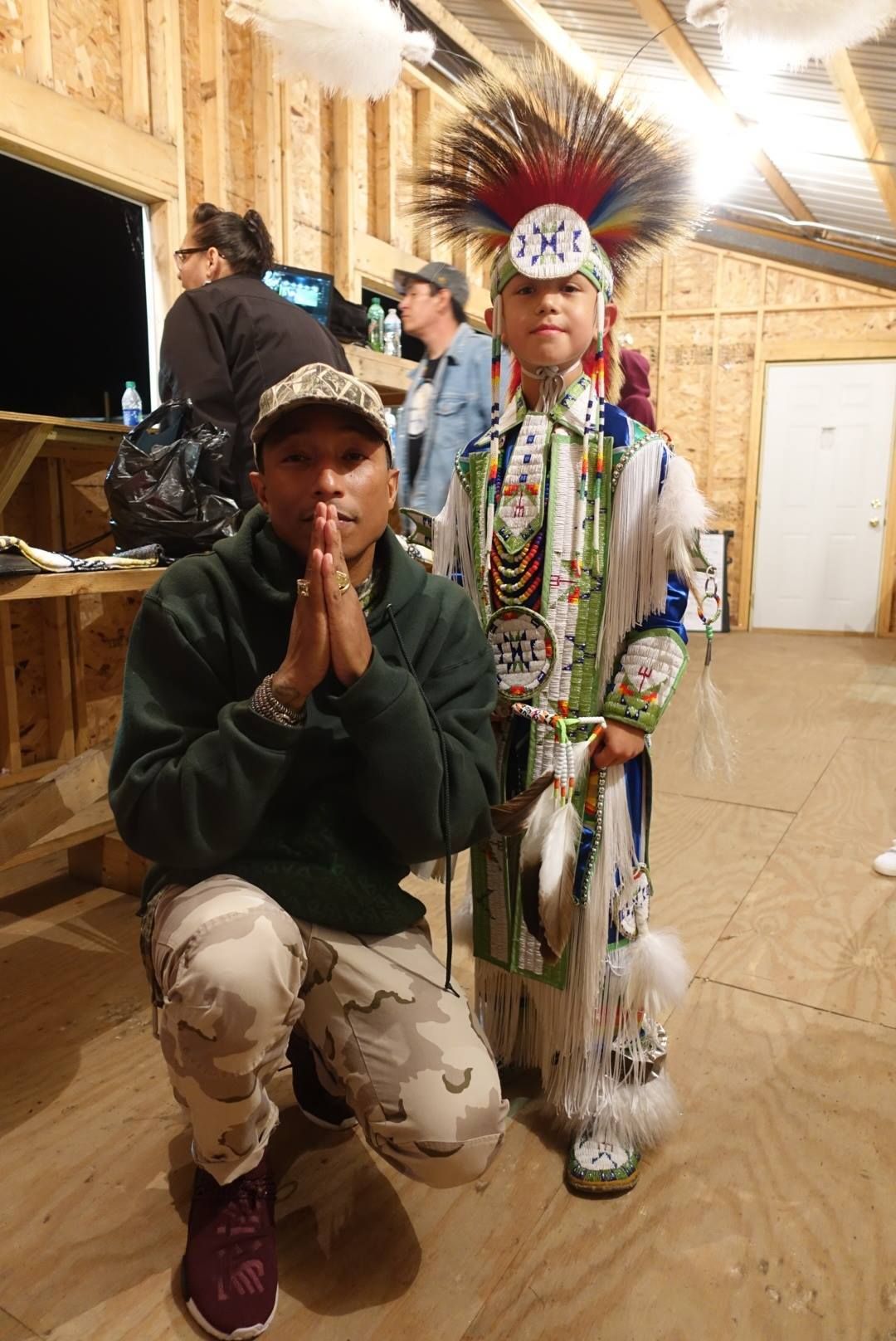 Actor and environmental activist Mark Ruffalo has also been a prominent voice against construction of the pipeline. He appealed to President Obama and Democratic presidential candidate Hillary Clinton to respond to the project.

Native Americans around the country have been galvanized by the plight of the Standing Rock Sioux against Big Oil.

“Over the past few weeks, thousands of Native Americans representing tribes from all over the country have traveled to this central North Dakota reservation to camp in a nearby meadow and show solidarity with a tribe they think is once again receiving a raw deal at the hands of commercial interests and the U.S. government.”

“More than 200 Native American tribes have declared their support, and many have sent food and supplies,” the Post wrote.

Environmental advocates such as Robert F. Kennedy, Jr., Waterkeeper Alliance and 93 Waterkeeper organizations are standing in solidarity with the Standing Rock Sioux.

Politicians have also joined the fray. Morton County officials issued a warrant for Green Party presidential nominee Jill Stein on Wednesday after video surfaced of her spray-painting a bulldozer at a construction site.

Meanwhile, President Obama has not specifically addressed the pipeline but during a news conference in Laos, he briefly spoke about Native American land rights.

“As many of you know, the way that Native Americans were treated was tragic,” he said. “One of the priorities that I’ve had as President is restoring an honest and generous and respectful relationship with Native American tribes. And this issue of ancestral lands and helping them preserve their way of life is something that we have worked very hard on.”

A federal judge will rule Friday on the legality of the Dakota Access Pipeline. Stay tuned.