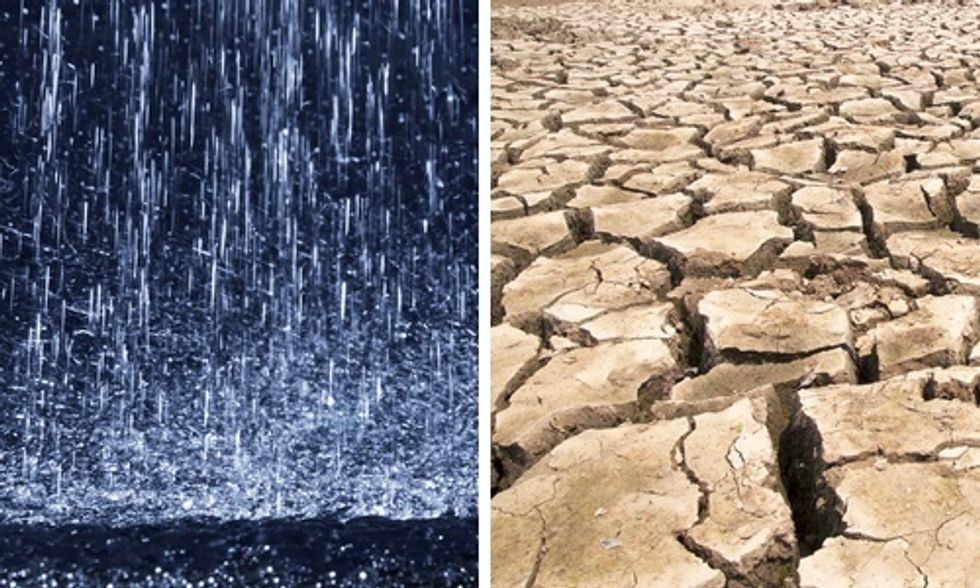 June has been a crazy weather month. Then again, so were the first five months of the year. Globally, it's shaping up to be the hottest year on record by far. It's not just heat either. Some parts of the U.S. have recently seen record rainfall. May was the wettest month ever recorded in the U.S., and many places had record rainfall for the month of June.

June saw record heat and dry conditions in the West and record rainfall in the central and eastern U.S. Photo credit: The Weather Channel

#HeatWave in the Western U.S. surges this weekend. Record highs will be broken, and lightning could spark wildfires! pic.twitter.com/VL7CHr8O8d

While current weather should not be conflated with long term climate trends, this weather does match the long term trends. Recent reports confirm that global warming increases the likelihood and frequency of extreme weather events, including heat waves, drought, flooding and fires. And the U.S. and the rest of the world have experienced all of those in recent months.

Alaska, which along with the rest of the Arctic has warmed faster than any other region on the planet, had a record warm winter with low snowfall followed by a record warm spring. Due to these extremely hot and dry conditions, there were more than 300 fires burning across the state—far above average for the state. Wildfires have broken out in Western Canada, Washington, California and elsewhere in the West in what experts predict could be the worst fire season yet because of record warm temperatures, drought conditions and record low snowfall this past winter.

Take a look at all the #wildfires in Alaska and Canada! The smoke from these fires is making it into the Midwest. pic.twitter.com/Af29x8EAYZ — NWS Boise (@NWSBoise) June 30, 2015

Meanwhile, in the central and eastern U.S., many places experienced a record wet June and/or the record wettest year to date, according to The Weather Channel.

And it's not just the U.S. experiencing all of this extreme weather. There are several places around the world experiencing epic drought, including Spain, Australia and Northern India. Many places have also recently experienced heat waves, some of which have been incredibly deadly, including India and Pakistan. Europe is also in the grip of a major heat wave with dozens of record temperatures broken this week across the continent. The UN issued a warning today about the dangers of heat waves, which were responsible for tens of thousands of deaths in Europe in 2003 and again in 2010.