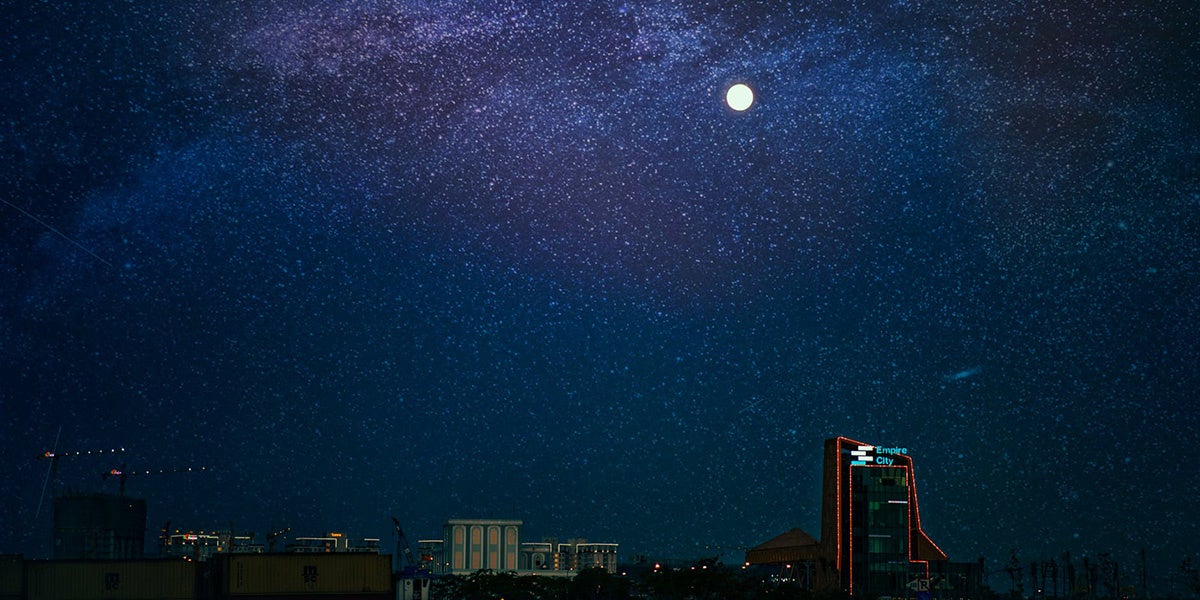 Known since ancient times, Mercury, Venus, Mars, Jupiter and Saturn can normally all be seen with the naked eye. Greeks called them “wandering stars” or “asteres planetai.” This July, all five move into positions that make for optimal viewing.

Start looking west just after sunset. Venus will be the first object to stand out in the fading twilight, shining brilliantly as it sinks toward the horizon. Look to the lower right of Venus to spot Mercury, which will be even closer to the horizon than Venus.

From July 3 to 4, Mercury passes through the Beehive Cluster. On July 9 and 10, Venus skims the top of Regulus in the constellation Leo. Bag these two planets early in the evening because they will set as the rest of the planets shift across the sky, first rising in the east and then gliding above the southern horizon. On July 14, the crescent moon is near Mercury, and the next night it sidles up to Venus.

Look for Jupiter as it gets dark—the red giant will be halfway between rising and setting, closest to the south. Jupiter and the moon hang out on July 20. Usually Jupiter is the second-brightest planet in the night sky, but this month Mars is so close and bright it sneaks into second place. However, it doesn’t rise until Mercury and Venus are setting.

You’ll find Saturn in the southeast, drifting through the thickest part of the Milky Way Galaxy. Use binoculars or a telescope to see its rings and search the region for deep-sky delights. If you don’t have binoculars or a telescope, look at the stretch of the Milky Way below Saturn and see if you can make out the Great Rift, a dark area created by thick clouds of gas and dust that blocks the stars behind it from shining through. Saturn and the moon keep company on July 24.

Lastly, Mars will be rising in the south-southeast just as Mercury disappears on the opposite side of the sky. Mars’ close proximity to Earth right now makes it appear especially large and bright, although with your eyes alone, Mars will still mostly look like a reddish-orange dot. The planet reaches opposition July 27 just a few hours before the full moon. At that time, the moon also happens to be at apogee, or its farthest point in its orbit around Earth. This is the opposite of a supermoon, and it’s sometimes called a micromoon. Many casual observers can’t tell the difference between these variations in full moon sizes, but a micromoon can look up to 14 percent smaller than a supermoon.

Earth reaches aphelion, its farthest point from the sun, on July 6 at 9:47 a.m. PDT. Even though in North America we’re farthest from the sun at this time of year, we experience some of the warmest temperatures, because the Northern Hemisphere is tilted toward the sun, and we receive more direct rays and longer hours of sunlight.