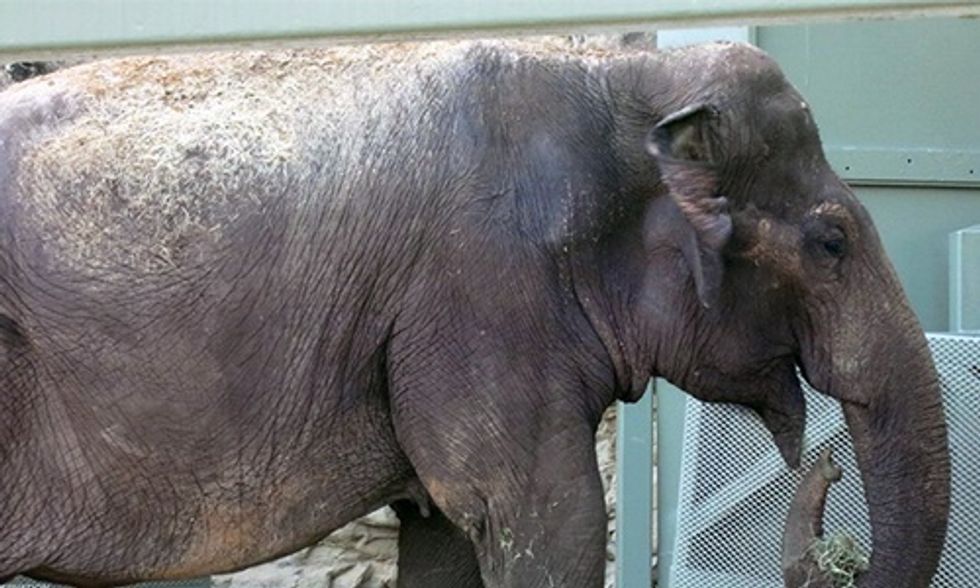 The Animal Legal Defense Fund (ALDF), the nation’s preeminent legal advocacy organization for animals, learned Thursday that its Endangered Species Act (ESA) lawsuit on behalf of Lucky the Elephant against the San Antonio Zoo would move forward as planned.

Judge Xavier Rodriguez of the U.S. District Court for the Western District of Texas denied the zoo’s efforts to evade jurisdiction, finding that the plaintiffs had properly filed suit under the ESA and not, as the zoo had misleadingly argued in its motion to dismiss, under the federal Animal Welfare Act.

ALDF, with pro bono support from Dentons LLP and local Attorney Melissa Lesniak, represents three San Antonio residents who oppose the zoo’s unlawful confinement of Lucky. The suit alleges that she is being “harmed” and “harassed” in violation of the ESA because the zoo confines Lucky alone, without another Asian elephant companion, in an enclosure too small to meet her needs, with little to no shelter from the sun and on a hard, species-inappropriate substrate.

As a consequence of the judge’s ruling, the lawsuit will proceed to discovery, during which ALDF will seek access to records of the zoo’s elephant-keeping program and to conduct independent veterinary and site-specific analyses of Lucky and her enclosure.

Lucky, an endangered Asian elephant, was captured from the wilds of Thailand before her first birthday. She has spent the last 53 years at the San Antonio Zoo and has been entirely alone for the past three. Scientists assert that Asian elephants are emotionally, socially and psychologically complex animals, who recognize themselves in a mirror and exhibit higher order emotions like mourning and altruistic behavior; experts agree that elephants cannot thrive in captivity, especially when held in forced solitude.

ALDF’s lawsuit seeks to end the zoo’s unlawful confinement of Lucky and asks the court to order her retirement to sanctuary, where she can socialize with other elephants and enjoy a much larger, species-appropriate habitat.

“Lucky has served her time entertaining the residents of San Antonio,” Stephen Wells, executive director of the Animal Legal Defense Fund, said, “and deserves a happy and healthy retirement. We want her to live out her life living as an elephant should—with other elephants in as natural an environment as possible.”