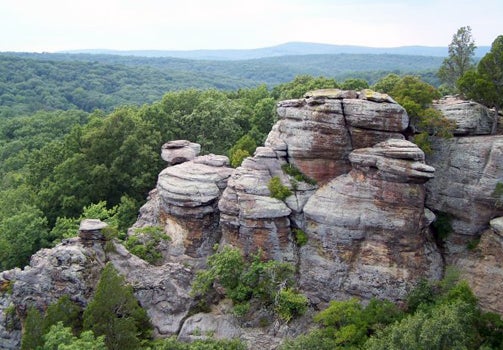 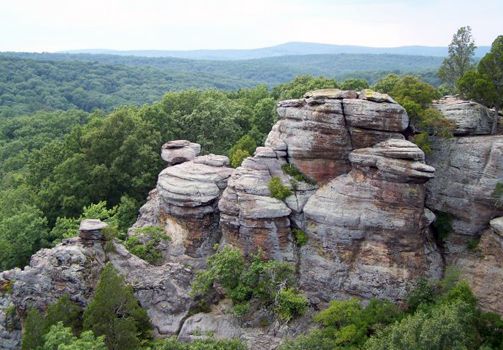 A Federal judge in the U.S. Court for the Southern District of Illinois has granted a motion filed by the Regional Association of Concerned Environmentalists (RACE) and the Audubon Council of Illinois to hold oral arguments over the motion filed by the U.S. Forest Service to lift an injunction against commercial logging and oil and gas development in the Shawnee National Forest, which has been in effect since 1997.

In 1997, RACE, Audubon and Sierra Club, represented by Tom Buchele (then-associate of Chicago law firm Jenner & Block), filed a lawsuit to challenge the 1992 amended land and resource management plan for the Shawnee. The court found that the U.S. Forest Service (USFS) plan for the Shawnee did not comply with the National Forest Management Act and the National Environmental Policy Act. Specifically, the court found that the USFS Shawnee staff had not properly assessed the cumulative impacts of all of the actions in the plan in their environmental impact statement, and did not provide for adequate habitat for forest interior species. The court enjoined all commercial logging, off-road vehicle use, and oil and gas development until the agency corrected the violations.

In 2006, under the Bush administration, the Shawnee staff came out with a new plan. This plan authorized tens of thousands of acres of new logging, oil and gas development on most of the forest, and actually set aside less land for forest interior habitat than the 1992 plan did. The one bright spot was that the new Shawnee National Forest plan did outlaw all off-road vehicle use—a huge victory for those advocating preservation of the Shawnee.

Two years ago, the USFS asked opponents to stipulate that the 2006 plan was adequate to correct all of the deficiencies the court had previously found. The environmental groups refused to do so because the 2006 plan did not correct all of the deficiencies. Within the last year, the USFS filed a motion with the court asking that the injunction be lifted. Their basic argument was that they had produced a new plan, and that was good enough, regardless of what was in that new plan.

The Sierra Club dropped its challenge for undisclosed reasons, but Heartwood affiliate member RACE and the Audubon Council challenged the USFS motion, represented again by Tom Buchele (now director of the environmental law clinic at Lewis and Clark University in Portland, OR). The response opposed the USFS motion and pointed out the many deficiencies still in the new plan. The coalition asked the USFS to agree to have oral arguments in front of the court to discuss the issues, but the agency would not agree. Instead, USFS representatives wanted the court to lift the injunction strictly on the motions—they apparently didn’t want the court digging too deeply into this.

Recently, the court granted the motion filed by RACE and Audubon Council, and set oral arguments on the USFS motion for Feb. 16 at 1:30 p.m. at the federal courthouse in Benton, Illinois. It should be a very interesting day. Tom Buchele’s clinic is not charging attorney fees, but there are significant costs for travel, meals, and overnight accommodations for Tom and his student Ryan Talbott, a long time Heartwood activist and now Tom’s student. Heartwood, RACE and Audubon Council are all contributing funds to offset these expenses. The court hearing next month is open to the public.