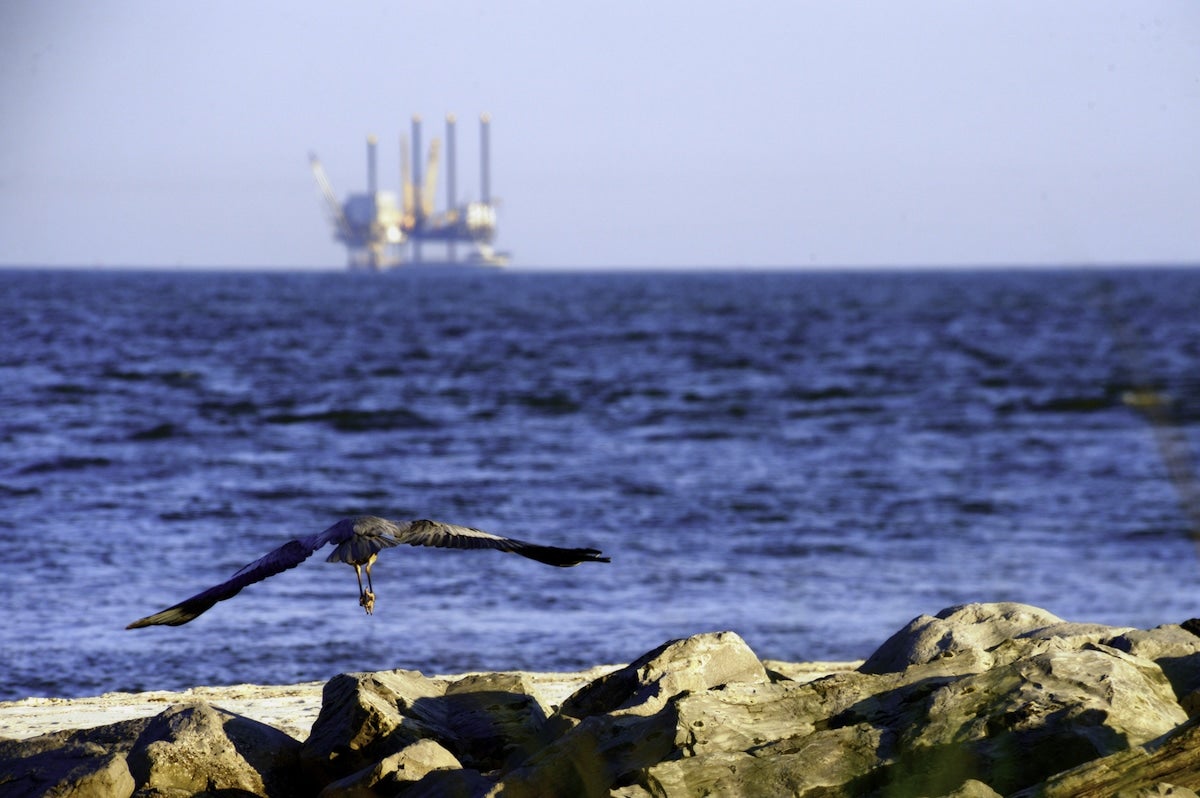 Oil rigs in the Gulf of Mexico pose not only an enormous climate hazard, but also a threat to wildlife like this crane. michaelbwatkins / iStock / Getty Images Plus

In a huge win for environmental groups, a federal judge has canceled more than 80 million acres of oil and gas leases in the Gulf of Mexico. Judge Rudolph Contreras of the United States District Court for the District of Columbia ruled that the Biden administration failed to sufficiently take climate change into consideration when offering the leases.

Now the Department of the Interior must conduct a new environmental analysis that takes greenhouse gas emissions into account before it decides whether or not to hold a new auction, reported The New York Times.

“This is huge,” said Brettny Hardy, a senior Earthjustice attorney, as The New York Times reported.

“This requires the bureau to go back to the drawing board and actually consider the climate costs before it offers these leases for sale, and that’s really significant. Once these leases are issued, there’s development that’s potentially locked in for decades to come that is going to hurt our global climate,” Hardy said.

While he was still a candidate, President Biden made a promise to cease the issuing of new drilling leases on public lands and in federal waters, and soon after being elected he paused the issuing of new leases by executive order.

However, a lawsuit brought by attorneys general from 13 states led to a federal judge in Louisiana blocking the order, as well as ruling that the administration must go forward with the lease sales that had already been scheduled. According to CNN, at the time Biden administration officials acknowledged that the sale went against its climate goals, but said that there was nothing they could do.

Biden administration officials have asserted that if the lease auction wasn’t held, Interior Secretary Deb Haaland risked being held in contempt of court, but environmental groups argued that there were other options for the administration to consider, including doing a new assessment of the environmental impacts, The New York Times reported.

“We will continue to hold the Biden administration accountable for making unlawful decisions that contradict its pledge to take swift, urgent action on code red climate and environmental justice priorities,” said legal director at Friends of the Earth Hallie Templeton, reported The New York Times.

In the lawsuit, the Department of the Interior was said to have relied on an outdated environmental analysis from the Trump era that found that greenhouse gas emissions would not be increased by further drilling in the Gulf.

“We are reviewing this disappointing decision and considering our options,” said Scott Lauermann, a spokesperson for the American Petroleum Institute, The New York Times reported.

A total of $192 million was offered by BP, Chevron, Shell and Exxon Mobil for drilling rights on about 1.7 million acres of the lease area offered in the government sale.

Emissions from the burning of fossil fuels that come from federal lands and waters make up about 25 percent of the country’s greenhouse gas emissions.

“We are pleased that the court invalidated Interior’s illegal lease sale,” Hardy said in a statement, reported Reuters. “We simply cannot continue to make investments in the fossil fuel industry to the peril of our communities and increasingly warming planet.”