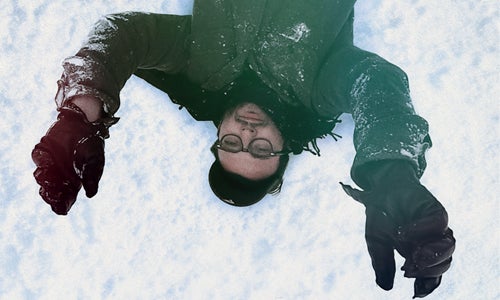 The climate science is uncompromising. We’ve already warmed the earth 1 degree Celsius. And we have enough carbon and methane and other greenhouse gasses in the atmosphere and enough heat in the oceans to warm the earth another half a degree Celsius already. So if we stop all greenhouse gas emissions right now, we’ve already reached the 1.5 degree threshold. The current 1 degree rise has already increased extreme weather, caused mammoth floods and unprecedented drought, it has gotten the ice caps to start a menacing thaw. The consequences of 1 degree have been far more severe than we ever imagined and we are on our way to 1.5 no matter what we do.

Now here’s the really tough part: At 2 degrees of warming, this gets much much worse. We are at an apocalyptic vision of the planet that few people want to imagine. We see worsening ocean acidification and other habitat loss that will kill off 30-50 percent of the species on the planet, we will see tropical diseases explode out of control and perhaps most damaging the slow thaw of the ice caps enters a critical and irreversible phase leading to between 5-9 meters of sea level rise. 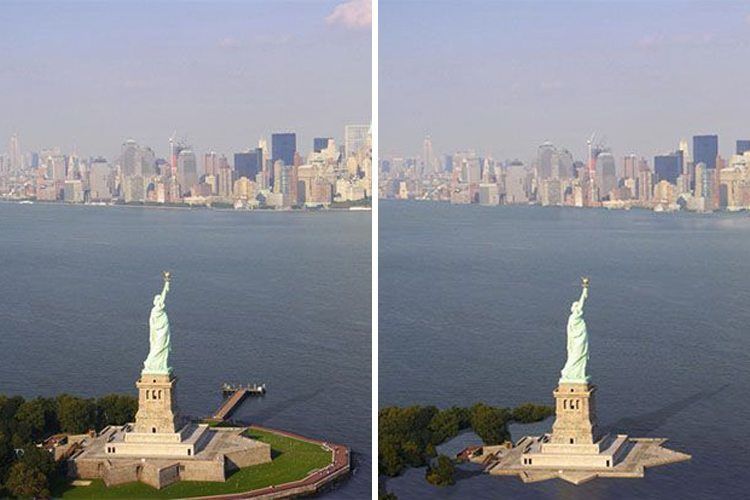 What sea level rise could look like at the Statue of Liberty in New York City. Photo credit: Climate Central

At 7 meters of sea level rise, the greenhouse that just held the democratic debate in Brooklyn, where we saw the most robust discussion on climate change and fracking ever in presidential politics, will be under water. This kind of sea level rise will render New York City mostly uninhabitable. Sure, the Brooklyn Bridge won’t be underwater, but the on-ramp will be. Subways will be submerged, the Lower East Side, the Financial District, Red Hook, The Rockaways, the coast of Williamsburg, disappear under the east river and life in the Big Apple is nothing like what it was before.

And this is not just trouble for New York city—most of our major coastal cities would suffer the same watery fate, including Philadelphia, Boston, Washington DC, Charleston, Miami, New Orleans, San Francisco and Oakland. All will face a crisis of sea level rise, not to mention the millions of toxic sites that are on the coast lines that will need to be moved or remediated if we are not to contaminate the oceans in a nightmare of drowning refineries, nuclear plants, chemical factors, gas stations and the like.

It is clear that we have not done enough thinking on this subject and the political system has not done anywhere near enough to address the issue or inform the public.

It’s time for New York City and the rest of the coastlines to wake up to climate change.

Join me for an emergency climate discussion each night after the screening of my new film How to Let Go of the World and Love All the Things Climate Can’t Change, April 20-28 at the IFC Center in New York City. 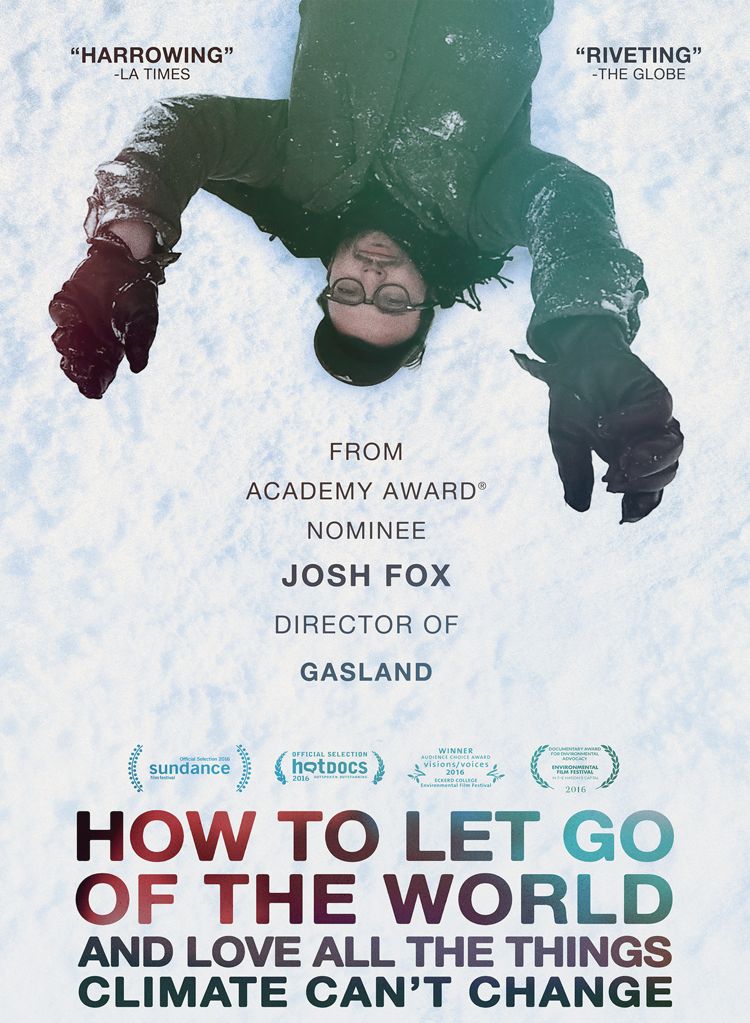 The truth is, we have a very narrow window of time to drastically reduce our emissions if we have any hope of slowing climate change.

But New York state is under attack from a web of fracked gas pipelines, power plants and storage facilities that will lock us into decades of more fossil fuel use.

Each night, I’ll be joined by amazing folks like James Cromwell, Susan Sarandon, Benjamin Barber, Anne Bogart and many more to talk about climate change and all the things climate can’t change—love, community, democracy.

Don’t miss these historic screenings and discussions in the state that banned fracking and is one of the cities most threatened by climate change.

There’s a reason that fracking was mentioned in the debate and has become a central issue in the New Yorker primary. It’s because New York has worked hard to share the science on fracking. People refused to let the most powerful industry in the world bury the truth.

Now New York City needs to do the same on climate change. If this city doesn’t get involved and realize fracked gas pipelines and power plants upstate pose as big of a threat as fracking did (and some not so far upstate like the AIM Pipeline), we’re going under water.