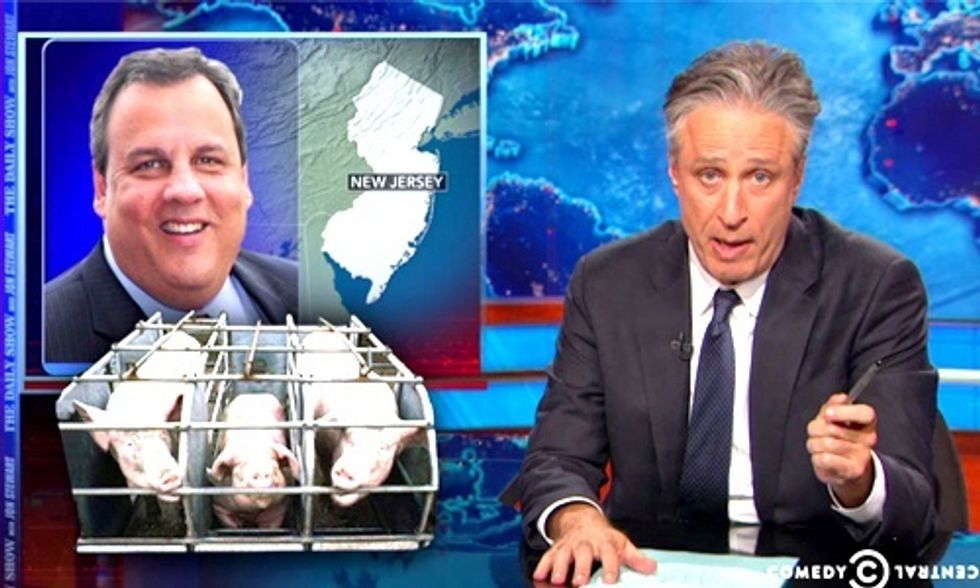 Any fan of The Daily Show knows Jon Stewart is not New Jersey Gov. Christie's biggest fan. Last December, Stewart skewered Christie for vetoing a measure that would have banned the use of hog gestation crates, despite overwhelming support from the state assembly and the citizens of New Jersey.

Last night on the show, Stewart revisited that issue because new information has come to light as Christie is expected to announce his presidential bid any day now. Stewart says:

Either Christie thinks pigs have had a free ride for too long and should live in gestation crates where they are not able to turn around, or he was doing the bidding of GOP mega-donor and Christie 2012 backer Iowan Bruce Rastetter, who happens to be one of America's top hog producers. And what's more, Rastetter's brother just happens to be CEO of a company that builds gestation crates. And what's more, Christie was at Rastetter's 2016 Presidential forum auditioning for this year's money.

Watch Stewart investigate Christie's corporate cronyism with aplomb (fyi: starts at 5:48, but everything before it is well worth watching!):