Jon Stewart: If Trump Becomes President, 'I Would Consider Getting in a Rocket and Going to Another Planet' 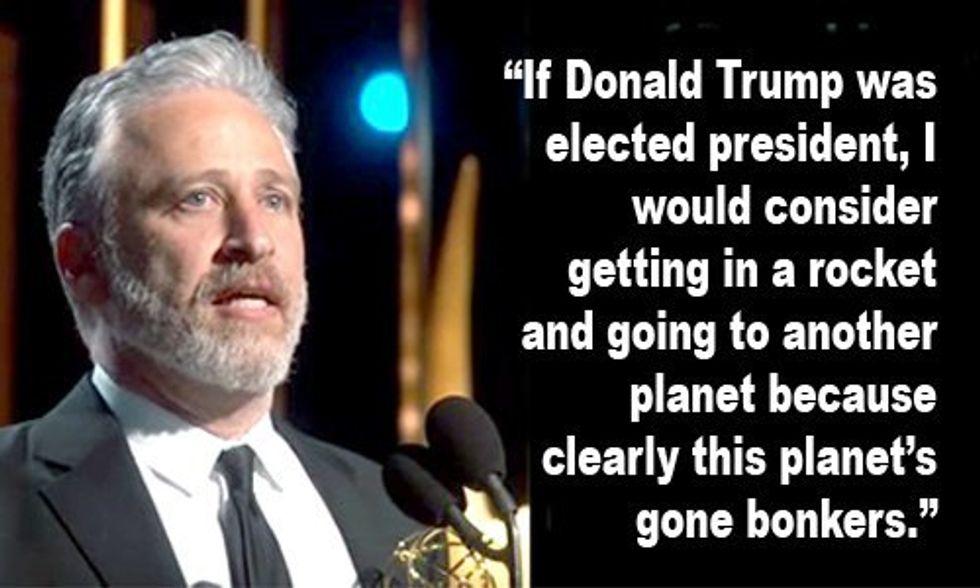 Though Jon Stewart seemed to take pure delight in covering Donald Trump's presidential run this past summer, he told People he's "not going through TV withdrawal."

"If I would have known what life was like on the other side, I probably would have left sooner. It's f------ fun out there," he said last night at the Emmys. "You can do whatever you want during the day. You can get a smoothie at two."

He told People he wouldn't ever consider coming back even if Donald Trump won the presidency. "I would consider getting in a rocket and going to another planet," he cracked, "because clearly this planet's gone bonkers."

Last night, some celebrities wore green ribbons to show support for climate action as temperatures on the red carpet approached 100ºF. Stewart won an Emmy for best outstanding variety talk series for his time as a host on The Daily Show, which had four Emmy nominations this year and 60 to date.