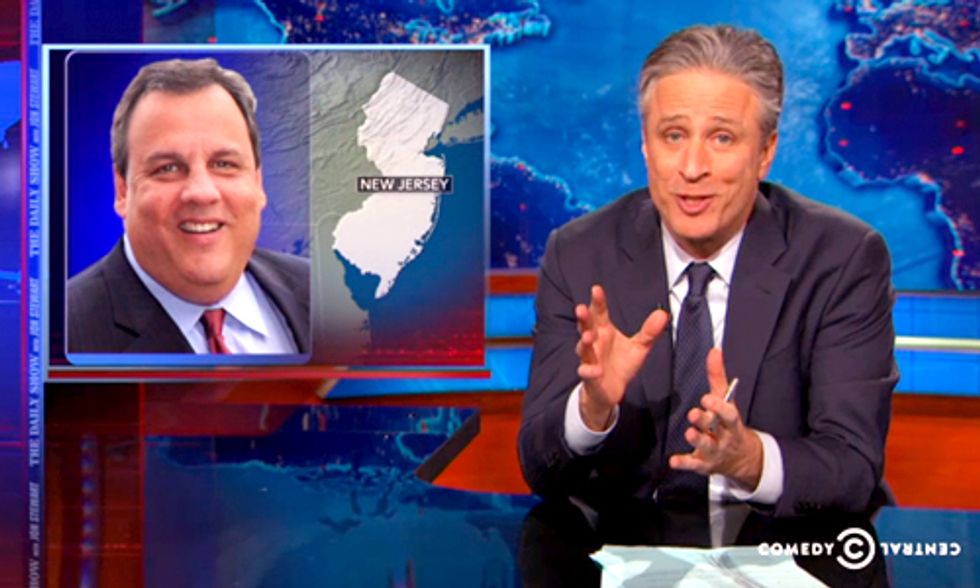 "Did Satan's skunk get diarrhea?," Jon Stewart said last week in reference to what many people might think after driving by ExxonMobil's oil refineries and petrochemical plants in the northeast part of New Jersey.

According to Workers World, "The oil giant and its predecessor companies have been polluting New Jersey’s wetlands for over a century. It was held liable for poisoning 1,500 acres around the Bayway refinery in Linden and facilities in Bayonne. Linden became a cancer cluster for New Jersey refinery workers."

Now, it's being reported that New Jersey Gov. Chris Christie interfered with the state's $9 billion lawsuit against Exxon, making the final settlement a mere $250 million.

Watch here as Stewart hammers Gov. Christie for his role in the settlement that only forces Exxon to pay pennies on the dollar.