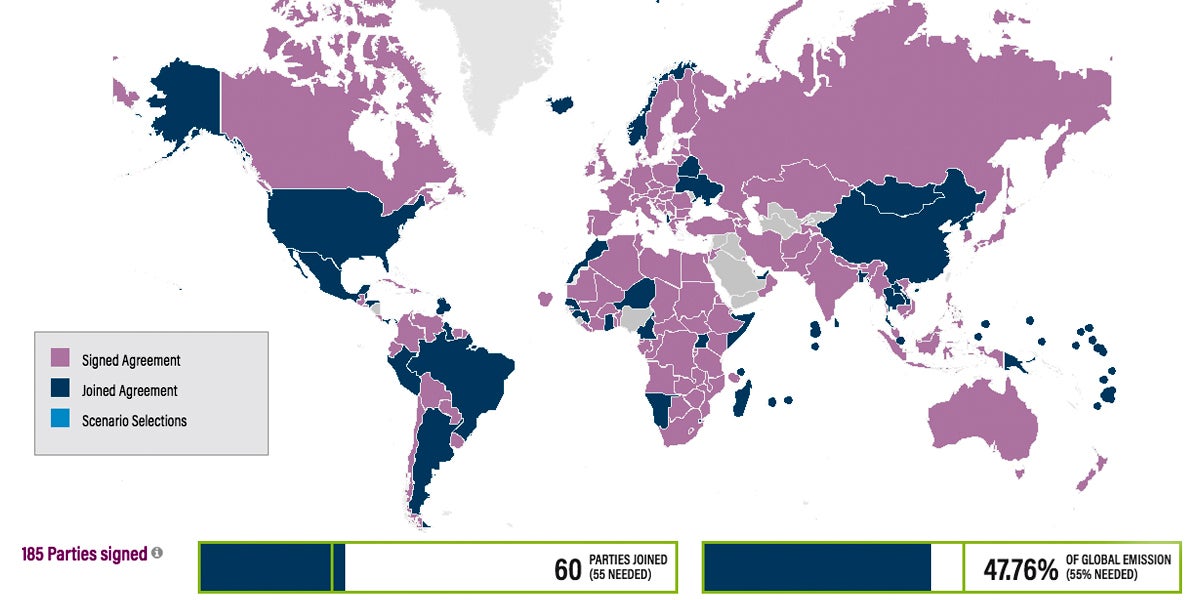 The world has banded together around a zero-carbon, climate resilient future, pushing us much closer to bringing the Paris agreement into full effect.

With 31 more countries joining, it is abundantly clear that support for the Paris agreement is unwavering. The global community is rallying behind swift and ambitious action to combat climate change. The fact that Paris agreement will likely enter into force this year took everyone by surprise. This rapid pace reflects a spirit of cooperation rarely seen on a global scale.

World leaders are coming to realize that strong climate action is a prerequisite for stronger and more inclusive economic growth. By sending clear signals that a zero-carbon future is on the way, the private and public sectors can get down to work, aligning their plans of action with this new reality.

Today we pause and celebrate the important progress towards bringing the Paris agreement into force. Then we again pick up our shovels and continue the hard work of creating a safer and more prosperous planet.

Paula Caballero is the global director of the climate program at World Resources Institute.