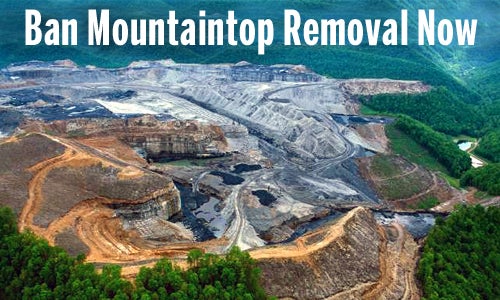 Calling for a “national, coordinated response to the humanitarian disaster of mountaintop removal mining,” CREDO Action launched an extraordinary petition drive this past weekend for Congress to pass the Appalachian Community Health Emergency Act (ACHE Act) and place an immediate moratorium on “the deadliest and most destructive form of coal mining.” Within 24 hours, more than 50,000 signatures had joined the campaign. 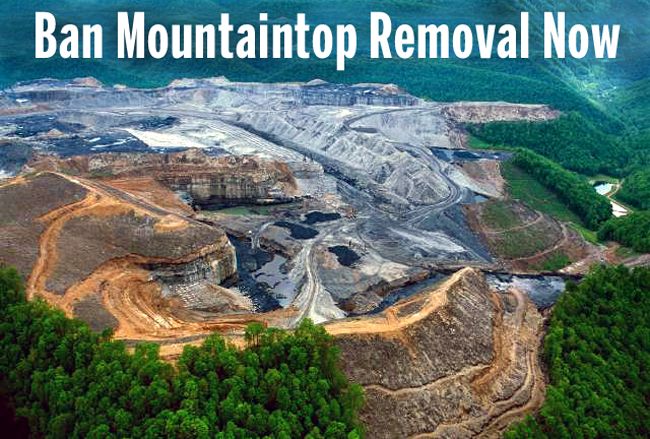 Only days after President Obama referred to climate change as a public health issue, presidential candidate Hillary Clinton declared a “child from the hills of Appalachia” should have the same chances as her granddaughter, and former Mayor Michael Bloomberg kicked in an additional $30 million to the Sierra Club’s Beyond Coal Campaign, long-time Appalachian advocates hope the CREDO campaign to ban the cancer-linked mining operations will be ramped up with major resources from national public health and cancer organizations, as well as climate and environmental groups.

“With the national petition launch from CREDO in support of the Appalachian Community Health Emergency Act (ACHE Act), an all-hands-on-deck is being called to all regional and national organizations to get behind and support the ACHE Campaign to put an end to the public health threat of mountaintop removal,” said Bo Webb, the Purpose Prize-winning West Virginia activist, whose family has lived under the fallout of mining operations. “Health science now confirms that children and people of all ages who are being exposed to air generated from mountaintop removal coal mining sites are at extreme high risk of incurring lung cancer.”

As the last banks withdraw support, law suits mount and regulatory pressures grow, Appalachian groups see mountaintop removal on the ropes, and the timing right to “finish off” the outlaw industry ways, in the words of Goldman Prize recipient Judy Bonds, the godmother of the movement to end mountaintop removal, who died from cancer in 2011.

Let’s be real: If we can’t end mountaintop removal, a cancer-linked extreme form of mining that only provides a fraction of our national coal production, how can we expect to move forward on climate change and public health?

“Everyone must see mountaintop removal coal mining as inhumane and unnecessary,” said Maria Gunnoe, a community organizer for the West Virginia-based Ohio Valley Environmental Coalition and recipient of the Goldman Prize, who also lives under the fallout of a mountaintop removal operation. “The killing of Appalachians for energy is no longer a dirty secret it is now the dirty truth. The ACHE Act enacts an immediate moratorium on the practice of blowing up the mountains over our homes because of the implications on human health.”

CREDO calls the ACHE Act campaign “a smart approach for beginning to deal with a public health crisis Appalachian communities have faced for far too long—but it needs national grassroots support to gain traction in Congress.” From the petition:

The coal industry is waging a war on Appalachia, detonating millions of pounds of diesel fuel and explosives daily to rip the top off of mountains and access seams of coal contained within.

Dozens of peer reviewed studies have documented the devastation mountaintop removal mining is wreaking on communities in West Virginia, Kentucky, Virginia and Tennessee in the form of elevated rates of birth defects and cancer rates nearly triple the national average. Stunning new research also shows a direct connection between the dust from mountaintop removal mining and lung cancer.

It is time for Congress to intervene by passing the Appalachian Community Health Emergency Act (ACHE Act), which would place an immediate moratorium on new mountaintop removal mining permits.

Mountaintop removal is the deadliest and most destructive form of coal mining there is. Explosives are used to blow the tops off of mountains, sending fine particulates of silica, aluminum and molybdenum into nearby communities, and ultimately into the lungs of local residents.

New research from West Virginia University has for the first time shown a direct connection between the inhalation of this dust and cancer. As one of the study’s authors Michael Hendryx explained, “with this study we now have solid evidence that dust collected from residential areas near MTR sites causes cancerous changes to human lung cells.”

In the coming weeks, leaders in the fight to stop mountaintop removal meeting will bring the signatures on this petition to meetings with key congressional staff as they work to build support on Capitol Hill for the ACHE Act. Add your name to the petition today to join the growing campaign to put an end to the coal industry’s war on Appalachia once and for all.

It’s a smart approach for beginning to deal with a public health crisis Appalachian communities have faced for far too long—but it needs national grassroots support to gain traction in Congress.