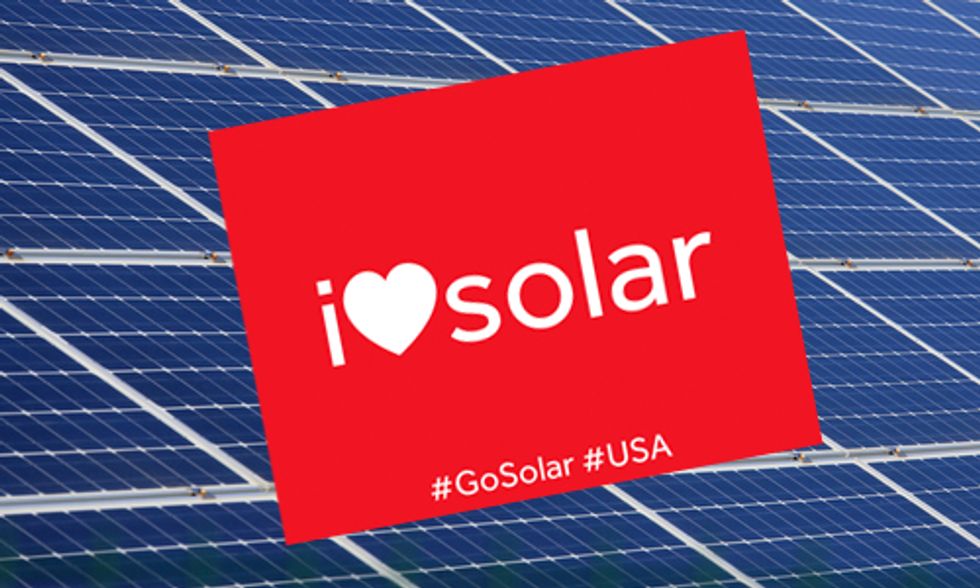 With the 30 percent solar Investment Tax Credit (ITC) set to expire at the end of 2016, we need to dramatically step up our efforts to shine a bright light on the amazing success of solar energy in America. Next week, with the new Congress just sworn in, these efforts will begin in earnest.

Supported by both business and environmental groups, hundreds of thousands of people from across the United States and around the world are expected to take part in the Solar Energy Industries Association’s (SEIA) 2nd annual National “Shout Out For Solar” Day—set for Friday, Jan. 16, and taking place on Facebook, Twitter and other social media venues.

Take part in the second annual National “Shout Out For Solar” Day on Friday, Jan. 16.

The event coincides with SEIA’s 41st anniversary as a national trade association and the “voice” of solar energy in America, as well as the release of The Solar Foundation’s National Solar Jobs Census report on Thursday, Jan. 15.

We need your help! First, upload supportive pictures to Facebook, Twitter and Instagram with the hashtag #GoSolar. You can download and print America Supports Solar signs here. Next, SEIA is also hosting a Thunderclap, which will send out coordinated Tweets and Facebook posts from thousands of supporters on Jan. 16. Click here to join. And finally, please encourage all of your colleagues, friends, neighbors, family members, supply chain connections and anyone who supports solar to give us a “Shout Out For Solar” next week.

With the U.S. solar energy industry coming off a record-shattering year, next week’s “Shout Out For Solar” Day is the perfect time for Americans to voice their support for increased development of solar resources nationwide. In a short period of time, solar has become a true American success story, benefitting both the U.S. economy and our environment, and we need to be shouting that news from every rooftop!

According to estimates, the U.S. now has more than 20 gigawatts (GW) of installed solar capacity, enough to effectively power nearly 4 million America homes—or every single home in a state the size of Massachusetts or New Jersey—with another 20 GW in the pipeline for 2015-16.

What’s spurring this rapid growth? For one thing, solar energy is now more affordable than ever. According to SEIA/GTM Research, national blended average system prices have dropped 53 percent since 2010.

Today, the solar industry employs 143,000 Americans and pumps more than $15 billion a year into the U.S. economy. This remarkable growth is due, in large part, to smart and effective public policies, such as the ITC, Net Energy Metering (NEM) and Renewable Portfolio Standards (RPS).

By any measurement, these policies are paying huge dividends for both the economy and environment. Yet despite all of the progress we’ve made, solar faces an uncertain future in Washington and in some state capitals. It’s more important than ever for the voices of our supporters to be heard.