Join Me on a Journey to Stop Destructive Tuna Fishing 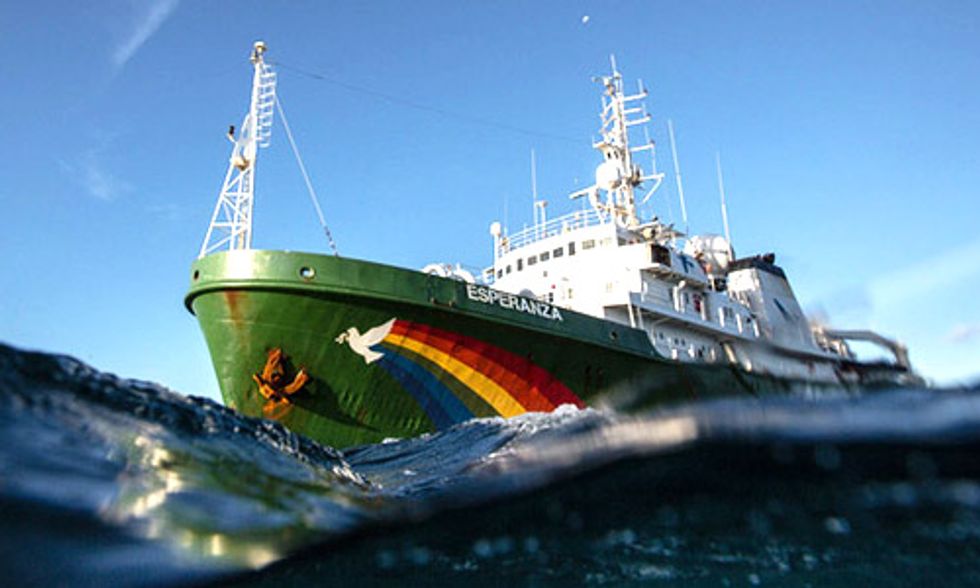 The smell of fish is all around the Greenpeace Esperanza. We’ve been docked in Diego Suarez in Madagascar, getting ready to take on the tuna giant Thai Union—the largest canned tuna company in the world and owner of Chicken of the Sea canned tuna in the U.S.

Children wave to the Esperanza as the ship prepares to depart from the port of Diego Suarez. Photo credit: Will Rose / Greenpeace

Fittingly, there’s a fish processing factory right next to our ship. The symbolism gets even better. As we sail out, there’s a rainbow in the sky.

Greenpeace has been tackling overfishing for years and last fall we appealed to Thai Union and the brands it owns to switch to fish caught sustainably and under humane working conditions. More than 300,000 of you joined that call, making sure Thai Union heard it loud and clear. Now, the Esperanza is riding that incredible wave of support into the Indian Ocean.

Thai Union has tried to fix the dents in its reputation, but the limited steps the company has taken simply aren’t enough. So now we’re back for round two and we need you on board with us once again.

Come On Board as We Sail Off

We’ll be sailing the East African part of the Indian Ocean. This is where the enormous French and Spanish fishing vessels try to catch as much fish as they can in the least amount of time. Many of these vessels supply Thai Union—with that tuna ending up on shelves around the world.

The Esperanza departs from the port of Diego Suarez. Photo credit: Will Rose / Greenpeace

The unsustainable fishing methods of these vessels puts more and more pressure on tuna stocks. They also catch all kinds of other marine life—like sharks—and throw them back into the ocean dead or dying. They call it “bycatch." To make matters worse, they pollute the ocean with ghost nets and a growing number of decoy debris called FADs (fish aggregation devices) meant to lure tuna.

A Daring Change of Tactics

This time we’re taking a different approach. After all, bearing witness doesn't mean we simply document. We’ll be peacefully opposing the destructive practices of these fishing vessels to prevent the indiscriminate harm caused to marine life. We are sailing out to find the fishing boats, expose their fishing methods and clean the Indian Ocean of the FADs we find.

You can join us! Sign up to receive exclusive updates from the ship and a chance to get in on the action.

A FAD (fish aggregating device) at night. Greenpeace is in the Indian Ocean to document and clean the seas of destructive fishing gear. Photo credit: Will Rose / Greenpeace