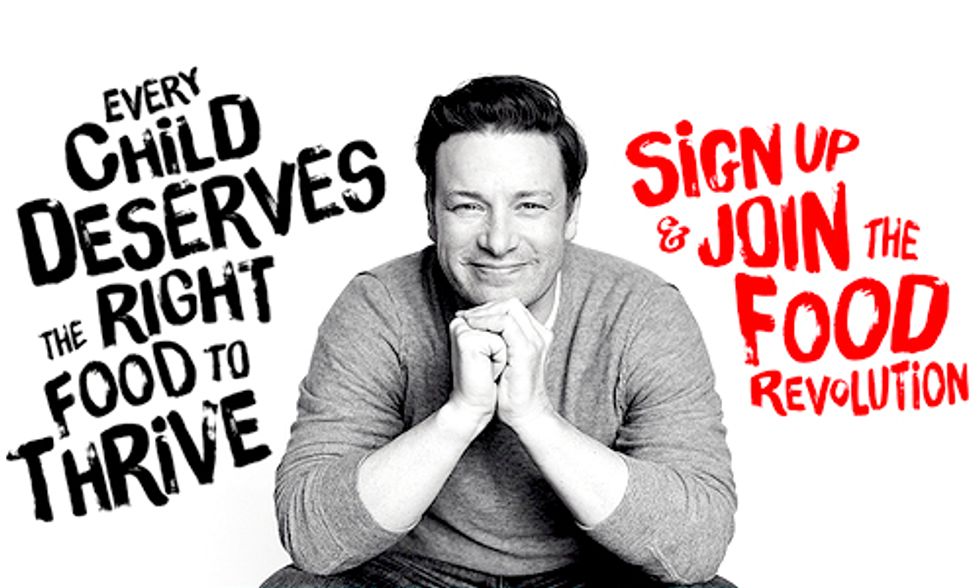 British celebrity chef Jamie Oliver will be launching his Food Revolution May 20. The global campaign aims to address the global health crisis by facilitating debate and inspiring positive change in the way children access, consume and understand food.

Oliver is looking to engage as many revolutionaries as possible to sign up and join the revolution to fix the broken food system. This campaign will be an ongoing effort to create lasting change to help the world feed the future. From May 20 onward, the new Food Revolution website will be uniting revolutionaries and showcasing food revolution events and stories from around the world.

Oliver's website explains that millions of children are eating too much of the wrong food while millions more don't get enough good food to grow and thrive. As a result, nearly 1 billion people in the world are hungry, while another 1 billion people are overweight or obese, according to the Worldwatch Institute. Solving this problem requires securing access to fresh, nutritious food for every eater on the planet.

In addition to signing up online to stay informed about the latest Food Revolution news, Oliver has laid out several steps for people to get involved:

Get cooking. Oliver is sharing 10 simple and nutritious recipes to encourage people to cook and learn essential culinary skills. He's inviting everyone to join him in cooking during a Facebook live event on May 20.

Get the kids involved. Parents and teachers should discuss these issues with kids to inspire them to appreciate food. Oliver has provided a special recipe and lesson plan for schools that's designed just for kids. There's also a collection of resources online for parents to get kids excited about food.

Show your support. Once you've joined the movement, invite your friends and family to do the same by sharing the campaign on social media or organizing offline events. You can use these materials to spread the word (but not for commercial use).

Become an ambassador. To take it a step further, join the team of volunteer food ambassadors who promote food access in their communities. You can apply here.

Lani Furbank is a writer and photographer based in the Washington, DC metro area, where she covers the intersection of food, farming and the environment for local and national publications. Follower her on Twitter @lanifurbank.