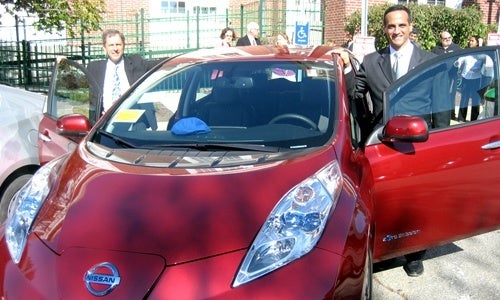 Have you been thinking about switching to a car that’s technologically advanced and fun to drive, one that uses less fuel, and one that’s cleaner for the air and the planet? Chances are you live near one of the more than 170 National Drive Electric Week events coming up Sept. 12-20. Yes, you read that right—events showing off electric cars in cities nationwide. Register for an event near you to check out all sorts of plug-in cars and talk to people who have been having a blast driving them. Why am I so charged up? 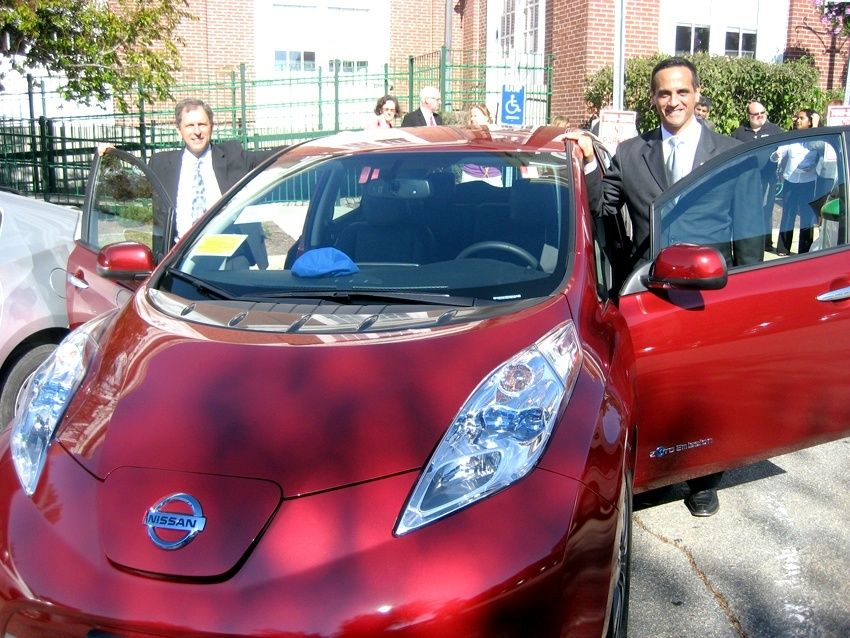 National Drive Electric Week, organized nationally by Sierra Club, Plug In America and Electric Auto Association, is now in its fifth year and at least five times bigger than when we first began. At the local level lots of other partner groups and passionate electric car drivers are putting on the events, too. Our city captains have been working hard to organize events that might just electrify your life.

If you’re fortunate enough to live near Los Angeles, you’ll get to see the west coast debut of the much anticipated Chevy Bolt concept car. Sierra Club Executive Director Michael Brune will be at the event as well as state senator Kevin de Leon and race-car driver Leilani Munter who may well show the crowd the souped-up Tesla Model S she drove in the documentary Racing Extinction. Oh, and did I mention that you’ll be able to take a ride in or talk to the owners of more than 135 plug-in cars registered to be a part of the event?

Some events will include electric vehicle (EV) parades, including those in San Antonio, Texas where there will be an interactive energy lab for kids, and in St. Petersburg, Florida where a city EV proclamation will be announced. Since EVs are quiet (no roaring engine), the crowds’ cheers will be all you’ll hear. At the events in places like Boulder, Colorado and Asheville, North Carolina  you’ll also hear some great live music. In Worcester, Massachusetts and Tallahassee, Florida, event-goers can check out zero emission transit buses.

EVs aren’t just for the left and right coasts; we have events registered in 39 states, including one in Oklahoma City, Oklahoma being organized by an oil industry worker interested in getting the country to move beyond oil. The Idaho chapter of the Sierra Club, which houses an EV charging station at its office, is organizing its fourth annual NDEW event in Boise.

Interested in how to charge electric vehicles, both at home and around town? The event in Torrance, California will unveil new city charging stations, and National Drive Electric Week sponsor ClipperCreek will show off its home chargers at a number of events. Home solar power opportunities will be on display at many of the events by companies like SunPower, another national sponsor.

If you already drive an EV, we hope you’ll come to an event near you and talk about your experience with your curious neighbors. At the events in Tallahassee, Florida; Boston, Massachusetts; and Concord, New Hampshire, you’ll even be able to talk up EVs to your state leaders  who will be attending Drive Electric Week events at the state capitol buildings. And the governor is expected to attend the event in Shelbourne, Vermont.

So, register for an event near you and get ready to rock down to electric avenue. Can’t make it to an event? Then check out Sierra Club’s interactive online EV Guide where you can learn about all the plug-in cars on the market, what incentives can take thousands of dollars off your purchase price, and just how much you can reduce your fueling costs as well as your emissions in your region of the country. And help us spread the word by sharing this post and tweeting about National Drive Electric Week at #NDEW2015.