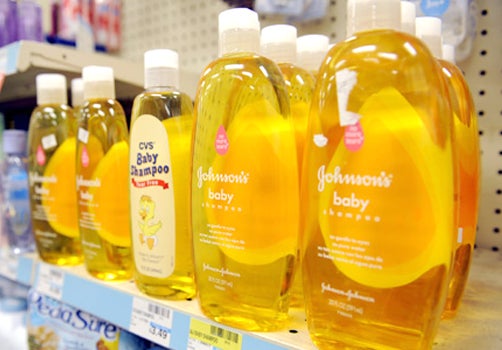 Women’s Voices for the Earth 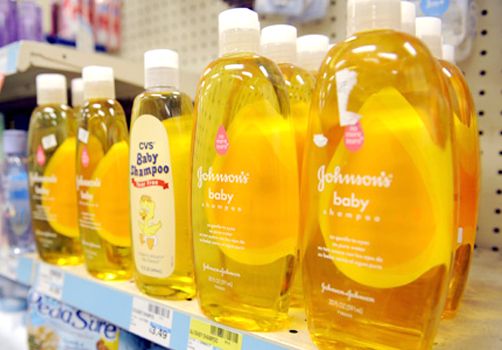 Prompted by growing concerns raised by the Campaign for Safe Cosmetics, Johnson & Johnson, makers of Aveeno, Neutrogena and Johnson’s Baby Shampoo, announced today that it will be removing carcinogens and other toxic chemicals from its baby and adult products globally.

“This is a major victory for public health,” said Lisa Archer, director of the Campaign for Safe Cosmetics at the Breast Cancer Fund, a co-founder of the campaign. “We applaud Johnson & Johnson for its leadership in committing to remove cancer-causing chemicals from its products. We will be vigilant in making sure it meets its commitments and will continue to encourage it to remove other ingredients of concern. And we call on other cosmetics giants—Avon, Estee Lauder, L’Oreal, Procter & Gamble and Unilever—to meet or beat J&J’s commitments and signal they take consumer safety as seriously as their competitor. As always, we encourage consumers to seek out the safest products for their families and support companies that are avoiding chemicals of concern.”

The Campaign for Safe Cosmetics, a national coalition of more than 175 nonprofit organizations working to protect the health of consumers and workers by eliminating dangerous chemicals from cosmetics and led by the Breast Cancer Fund, Clean Water Action, Commonweal, Environmental Working Group, Friends of the Earth and Women’s Voices for the Earth, will launch a national campaign this week challenging L’Oreal (Maybelline, Garnier, Kiehl’s, The Body Shop, Softsheen-Carson), Procter & Gamble (CoverGirl, Pantene, Secret, Old Spice), Estee Lauder (Clinique, MAC, Prescriptives), Avon and Unilever (Dove, Ponds, St. Ives, Axe) to follow J&J’s lead and commit to removing carcinogens and other harmful chemicals from cosmetics and specify a timeline for removal.

Johnson & Johnson, one of the largest companies in the world, told the campaign it will reformulate its hundreds of cosmetics and personal care products in all the markets it serves in 57 countries around the world. J&J has confirmed to the campaign that it has set an internal target date of reformulating adult products by the end of 2015, and it will use safe alternatives when reformulating. It will:

Johnson & Johnson’s announcement follows the company’s November 2011 commitment to globally reformulate its baby products to remove carcinogens 1,4 dioxane and formaldehyde by the end of 2013, which was triggered by years of campaigning and dialogue by the Campaign for Safe Cosmetics and allies including the American Nurses Association, including the release of two reports—Toxic Tub and Baby’s Tub is Still Toxic—which showed Johnson & Johnson baby products contain these carcinogens.

Both formaldehyde and 1,4-dioxane cause cancer in animals, and formaldehyde was recently classified as a known human carcinogen by the U.S. National Toxicology Program. Phthalates, parabens, triclosan and polycyclic musks are all considered to be likely hormone disruptors and have been linked to a variety of health problems ranging from birth defects to diabetes, obesity and breast cancer.

“While J&J still has work to do, we support its efforts and will keep working with the company to make improvements,” said Erin Switalski, executive director at Women’s Voices for the Earth, a co-founder of the Campaign for Safe Cosmetics. “In addition to being a real win for public health, we believe that these commitments will bode well for J&J’s bottom line, too. Consumers are simply looking for the safest products out there.”

“While voluntary action on the part of manufacturers like Johnson & Johnson indicates that some in the cosmetics industry are getting the message that consumers want safer products,” said Cindy Luppi, director at Clean Water Action, a co-founder of the Campaign for Safe Cosmetics, “only stricter regulation of this $50 billion industry will ensure that all consumers are protected.”

The Safe Cosmetics Act of 2011, currently circulating in Congress, will phase out chemicals linked to cancer and reproductive harm; implement a strong safety standard designed to protect children, pregnant women and workers; require full disclosure of ingredients; and give the U.S. Food and Drug Administration the authority to recall dangerous products.

“Today’s action by Johnson and Johnson is another example of a company responding to their customers and the public interest community,” said Nneka Leiba, senior analyst with Environmental Working Group, a co-founder of the Campaign for Safe Cosmetics. “Unfortunately, not every company will take similar steps to protect consumers from potentially toxic ingredients. That is why we need Congress and the cosmetics industry to support the Safe Cosmetics Act that will require substances be safe for human health before being used in the products we all use every day.”