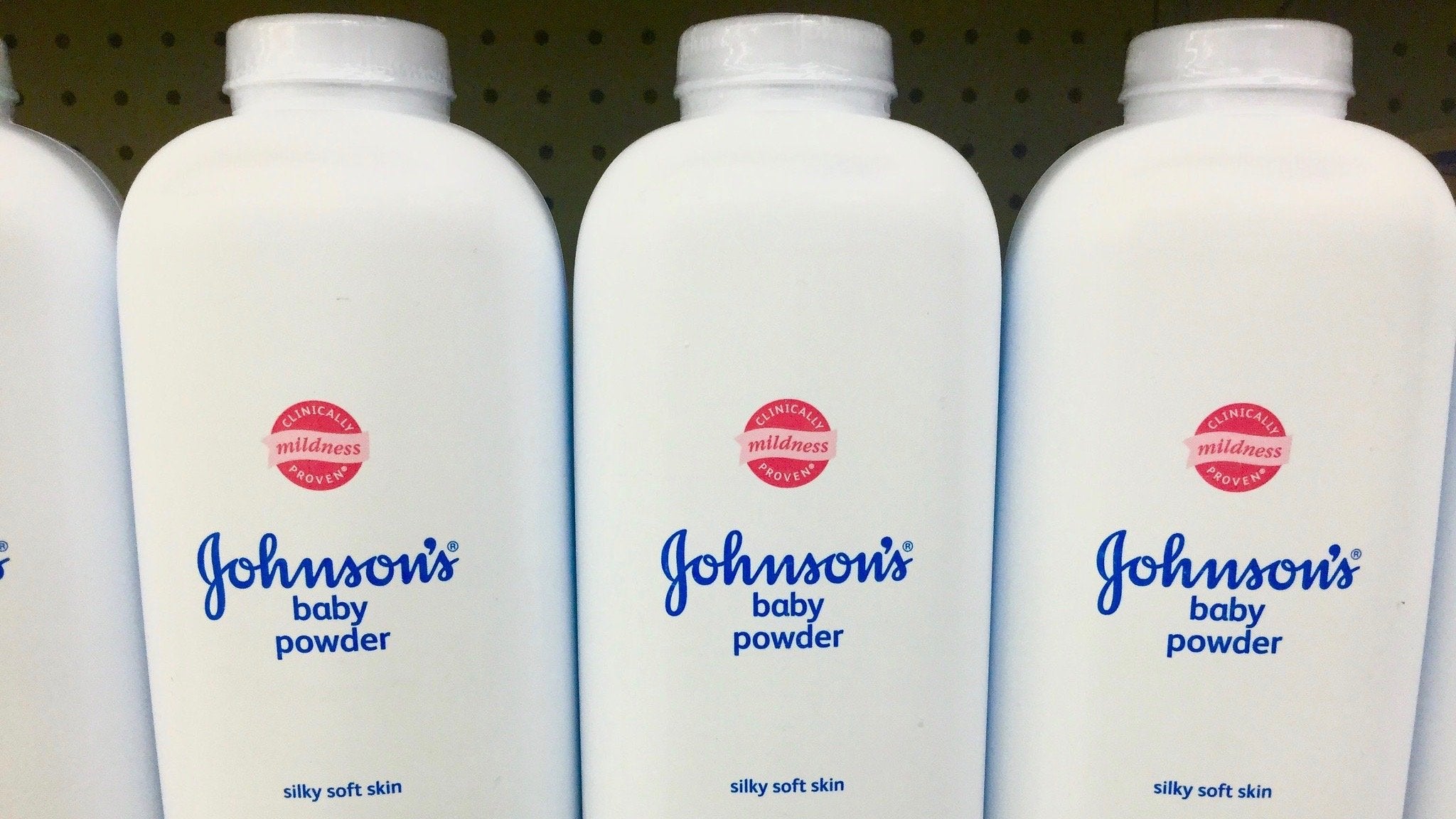 Pharmaceutical giant Johnson & Johnson recalled 33,000 bottles of baby powder on Friday after the U.S. Food and Drug Administration (FDA) found trace amounts of asbestos in one of its bottles.

While the recall pertains to a single lot of baby powder, it is unwelcome news for the company, which faces thousands of lawsuits claiming that its talc-based baby powder caused cancer, as CBS News reported.

Anyone with a bottle of Johnson’s Baby Powder from lot #22318RB, should not use it and can contact the company for a refund, according to CNN

This is the first time that Johnson & Johnson has needed to recall its baby powder over asbestos concerns. Even though the company reported nearly $82 billion in sales last year, and its products line store shelves and pharmacy counters with brands like Tylenol and Band-Aid, it is facing over 100,000 lawsuits questioning the safety of its products, according to the New York Times.

“I understand today’s recall may be concerning to all those individuals who may have used the affected lot of baby powder,” Acting FDA Commissioner Dr. Ned Sharpless said in a statement on Friday, as CNN reported. “I want to assure everyone that the agency takes these concerns seriously and that we are committed to our mandate of protecting the public health.”

“The FDA continues to test cosmetic products that contain talc for the presence of asbestos to protect Americans from potential health risks,” Sharpless said, according to CNN.

More than 15,000 of those are from litigants who say baby powder and other talc-based products caused them to develop cancer. Several plaintiffs suffer from mesothelioma, an aggressive cancer that is the hallmarks of asbestos exposure, according to the New York Times.

However, Johnson & Johnson issued a statement that vigorously defended their practices and the safety of its products.

“[J&J] has a rigorous testing standard in place to ensure its cosmetic talc is safe and years of testing, including the FDA’s own testing on prior occasions — and as recently as last month — found no asbestos,” the company said in a statement, as CBS News reported.

“Thousands of tests over the past 40 years repeatedly confirm that our consumer talc products do not contain asbestos. Our talc comes from ore sources confirmed to meet our stringent specifications that exceed industry standards,” the statement added.

The company noted that the amount of asbestos detected was minuscule and it is looking at how any could get into its supply. In fact, the levels found were smaller than 0.00002 percent of the bottles content. Johnson & Johnson is investigating to see if the bottle is counterfeit, if the plastic safety seal was broken, or where any cross-contamination may have occurred, according to CNN.

“FDA will be working with Johnson & Johnson to facilitate further investigation to substantiate that the product is authentic. At this time, there is no indication that the product is counterfeit. Additionally, FDA is not aware of any records pointing to counterfeit Johnson’s baby powder in the US market,” FDA spokeswoman Lyndsay Meyer wrote in an email to CNN.

Johnson & Johnson has already settled some claims over its role in the opioid crisis. It is fighting others. Earlier this month, the company was ordered to pay $8 billion for playing down the risks associated with Risperdal, an anti-psychotic drug. And, last week, one day before the baby powder recall, the company agreed to pay $117 million in a settlement over deceptive marketing of transvaginal pelvic mesh implants, as the New York Times reported.

“I can’t imagine an attorney for Johnson & Johnson standing up in front of a jury now and saying with a straight face that the product is safe,” said David Noll, a law professor at Rutgers University, to the New York Times. He added that “if people come to associate the company’s signature product with deadly diseases, there will be huge spillover effects for its ability to market other products.”