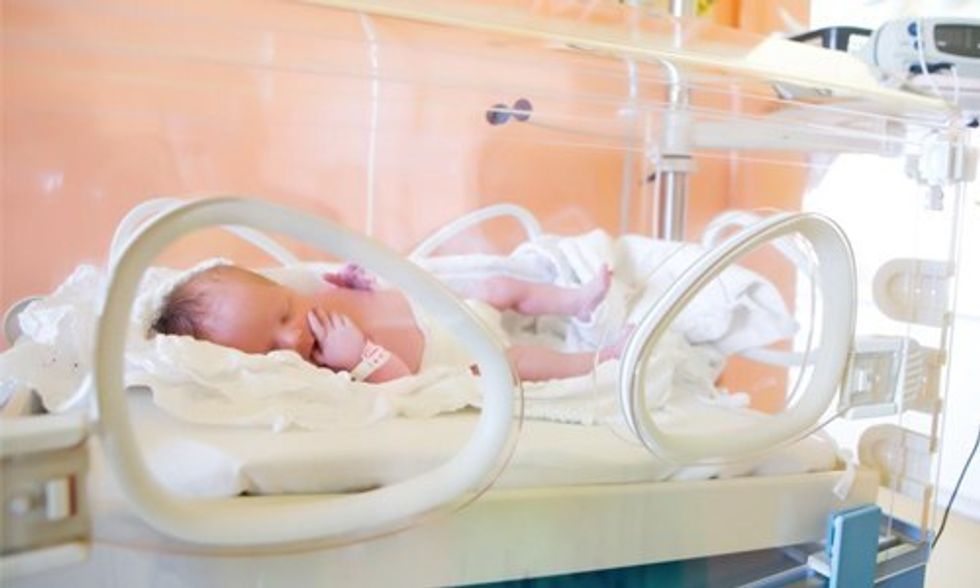 The health issues associated with fracking just keep piling up. The unconventional gas drilling method damages the environment by injecting toxic chemicals into the ground, which in turn poisons groundwater, interrupts natural water cycles, releases radon gas and causes earthquakes. But it can also damage our health, as fracking has been linked to numerous health conditions, including asthma, headaches, high blood pressure, anemia, neurological illness, heart attacks and cancer.

But perhaps most heartbreaking is the effect that fracking may have on babies. Studies have linked fracking to increased infant mortality and low birth weight babies. Now researchers at the Johns Hopkins Bloomberg School of Public Health have found that expectant mothers who reside near active fracking sites in Pennsylvania are more susceptible to giving birth prematurely and having high-risk pregnancies.

The retrospective cohort study, which was published online on September 30 in the journal Epidemiology, analyzed electronic health record data on 9,384 mothers living in northern and central Pennsylvania linked to 10,946 neonates from January 2009 to January 2013. The researchers found that expectant mothers living in the most active fracking areas were 40 percent more likely to give birth prematurely, i.e., within a gestational period of less than 37 weeks. In addition, those pregnant women were 30 percent more likely to have a high-risk pregnancy, a term that accounts for a variety of factors, including excessive weight gain and high blood pressure.

Today, Pennsylvania is one the most heavily fracked states, and the practice continues to grow rapidly there: In 2005, there were no producing wells in the state. In 2013, there were 3,689. Now, there are more than 8,000.

"The growth in the fracking industry has gotten way out ahead of our ability to assess what the environmental and, just as importantly, public health impacts are," said study leader Brian S. Schwartz, a professor in the Department of Environmental Health Sciences at the Bloomberg School. "Our research adds evidence to the very few studies that have been done showing adverse health outcomes associated with the fracking industry."

It should be noted that while the study shows a correlation between fracking and negative maternal issues, it does not establish any causation as to why pregnant women who live near active wells experienced worse outcomes. However, Schwartz points out that there is some kind of environmental impact associated with every facet of the fracking process, from increased noise and traffic to poor air quality—all of which can increase maternal stress.

"Now that we know this is happening, we'd like to figure out why," Schwartz said. "Is it air quality? Is it the stress? They're the two leading candidates in our minds at this point."

While the impacts of fracking on public health are far from fully understood, early research should be incorporated in policy decisions about how best to regulate the industry.

"The first few studies have all shown health impacts," said Schwartz. "Policymakers need to consider findings like these in thinking about how they allow this industry to go forward."