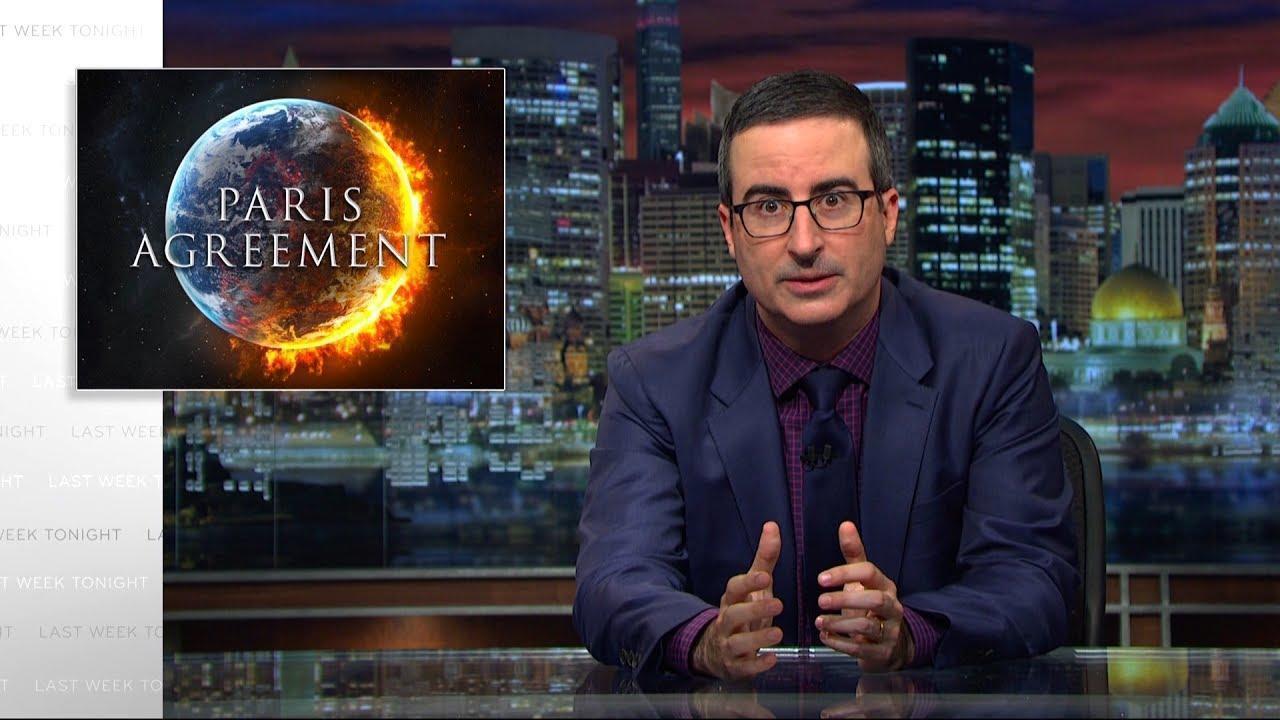 He began by explaining the planet’s carbon budget and the “actual global disaster” our planet faces if we don’t reduce greenhouse gas emissions and limit temperature rise to below 2 degrees Celsius above pre-industrial levels.

Oliver spent much of his time pointing out Trump’s “ludicrous misunderstanding” of the climate agreement. “The whole world is not secretly conspiring against the United States,” Oliver spouted. “If the agreement was a scheme to hurt American businesses, you know who that might be news to, many American businesses. Because they were not just in favor of this agreement, they even made a last-ditch attempt to change Trump’s mind.”