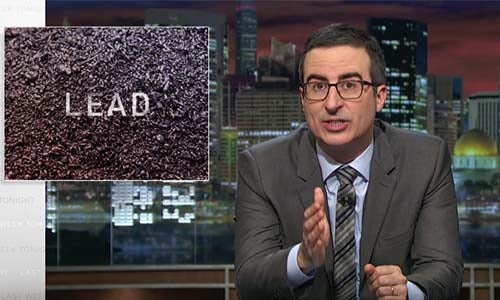 Flint’s dangerous levels of lead in their water supply has brought the lead crisis front and center again and the ongoing problem was the topic for John Oliver’s rant on Last Week Tonight Sunday.

“Flint has become a city whose very name evokes disaster, like Benghazi, or Waco, or Smurf Village,” Oliver joked. “Never forget what happened there.” 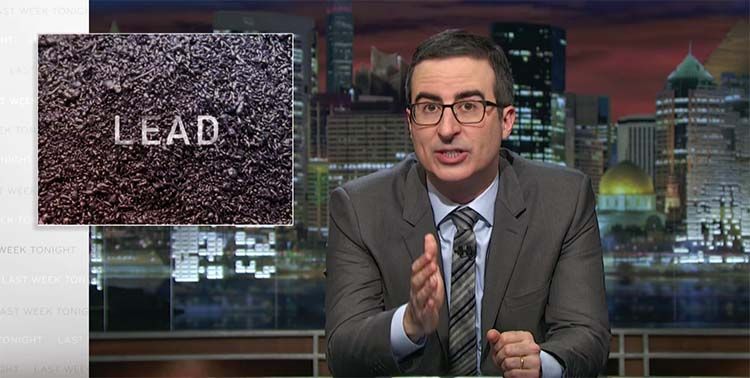 As is fairly well reported now, Flint’s crisis began when the city switched water sources. The new water source corroded the city’s pipes and leaked lead into the drinking water and thousands of children have been poisoned as a wesult

“And with all the bureaucratic clusterf*ckery involved, politicians in Washington were lining up to be vocally outraged,” Oliver exclaimed.

“We’re not some third world country where you get a hundred thousand people who get poisoned for long periods of time,” assessed Rep. Jason Chaffetz (R-Utah), Oversight and Government Reform Committee chair.

Actually, Oliver pointed out. We are kind of like that.

“We all care about lead in Flint now—which is great—unfortunately the problem is not just in Flint,” Oliver said, citing a USA Today study that found excessive lead levels in almost 2,000 water systems across the U.S. And it’s not like we can just rip out every lead pipe in the country.

Worse still is that water systems are not the only way kids ingest lead, which in even the tiniest amounts can have catastrophic consequences, harming IQ, impulse control and increasing criminality.

Time for some good news. The lead paint problem can actually be solved, though it would cost some money and require some political will and leadership, which is in short supply these days.

Watch as Oliver examines the problem:

Bill Nye vs. Sarah Palin on Climate Change: Who Do you Believe?

Always Wanted to Grow Your Own Garlic? Here’s How