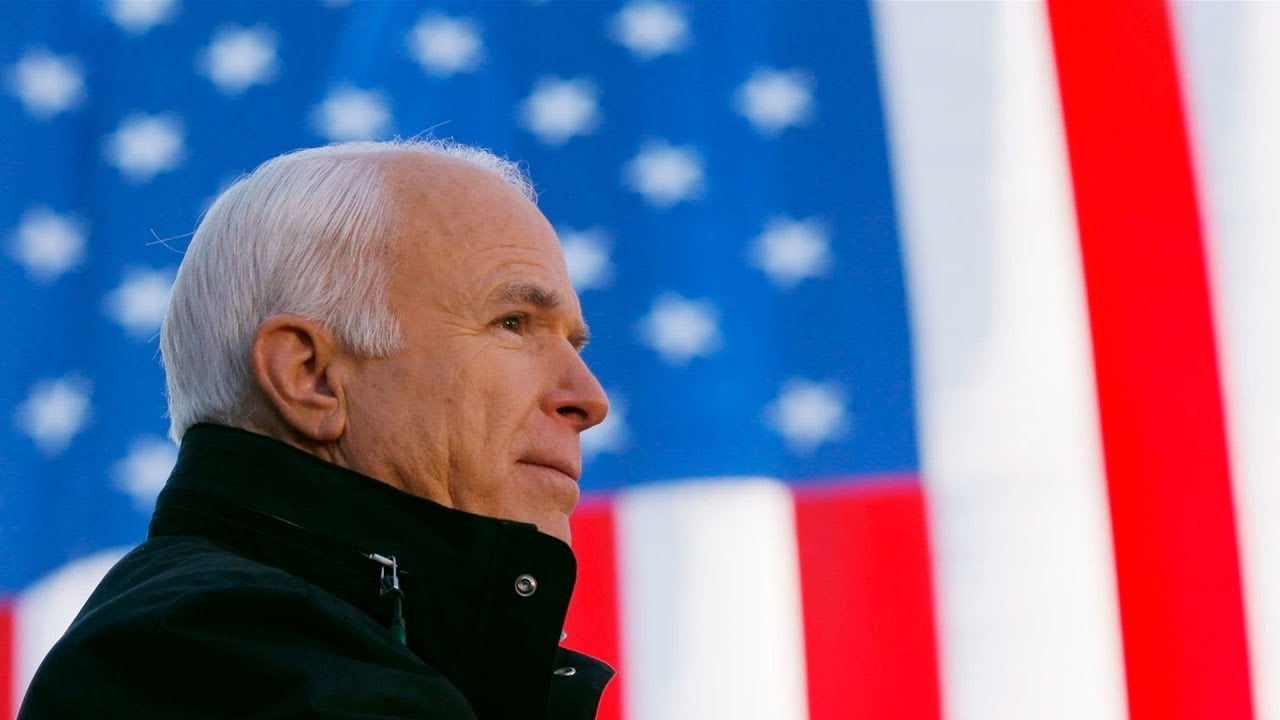 As news outlets around the country reflect on Senator John McCain’s life and legacy following his death at 81 on Saturday, one strand that emerges is his attempts as a Senator to push bipartisan action on climate change.

In early 2003, McCain joined with then-Democratic Senator Joe Lieberman to introduce the Climate Stewardship Act, which The New York Times editorial about his death called “the first serious bipartisan bill to limit greenhouse gas emissions by putting a price on carbon.”

While the 2003 bill failed, and McCain stepped back from climate leadership during and after his 2008 bid for president, his earlier efforts still stand as a model for future legislative attempts to combat climate change.

“Lieberman and McCain were really good examples of a Democrat and Republican intentionally, consciously and thoughtfully trying to work across the aisle to build a 60-vote coalition in the Senate on climate,” Natural Resources Defense Council Action Fund Executive Director Kevin Curtis, who was an environmental lobbyist on Capitol Hill during the 2000s, told InsideClimateNews. “The point of looking at McCain’s legacy, I think, is not to just look back to the ‘good old days,’ but to look at what we need to get back to.”

McCain first became interested in climate change during his 2000 primary bid for president, when student activists asked his campaign about its climate action plans.

In May 2000, he held the first of three Senate hearings on climate change he would convene that year, inviting scientists to testify about issues like melting ice-shelves in Antarctica and the death of coral reefs.

“It was an excellent hearing and I gained a lot of respect for John McCain at that time,” hearing witness and senior National Center for Atmospheric Research scientist Kevin Trenberth told InsideClimateNews. “He appeared to have an open mind on what the answers were and what to do about it.”

McCain was also willing to stand up to his party’s leadership in order to force a vote on his 2003 bill. Both he and Lieberman refused to support an energy bill Senate Majority Leader Republican Bill Frist and Senate Minority Leader Democrat Tom Daschle were trying to get passed until the Senate would allow a floor vote on their Climate Stewardship Act, which would have passed an economy-wide cap-and-trade program for carbon similar to the program in place for acid rain.

Their bill ultimately failed, but the vote was important for signaling to activists where senators actually stood on climate action.

“Obviously, it hasn’t yet resulted in getting a comprehensive climate bill through Congress, but it’s a big issue, kind of like the civil right issue,” Environmental Defense Fund President Fred Krupp told InsideClimateNews. “When we do get there, [McCain] will go down in history as someone who started that progress in a forceful way.”

In 2004, Lieberman and McCain introduced a reworked version of the bill, but it failed again in 2005 after increased lobbying by the fossil fuel industry.

While McCain never rejected climate science, he stepped away from leadership on the issue during his 2008 campaign, in which he came out in support of increasing offshore oil drilling, and afterwards, when he faced a primary challenger for his Senate seat who criticized his former climate leadership and was funded by the group Citizens United, which had successfully sued to overturn important parts of his groundbreaking campaign finance reform legislation.

“There’s no sugar-coating the fact that he shelved his leadership role on climate for a while,” Curtis told InsideClimateNews. “But instead of blaming John McCain for walking away from an issue and not showing up, we should be saying ‘holy crap, something profound has happened with the Republican Party,'”

McCain did get one more chance to stand up for the environment in a big way during the Trump administration, as Environment & Energy Report pointed out.

In May 2017, he cast a surprise vote that secured the only defeat of an attempt by Republicans in the current session of Congress to repeal an Obama-era regulation

The bill in question would have used the Congressional Review Act to repeal an Obama-era regulation targeting methane emissions, and McCain objected in part because the repeal would have stopped federal agencies from passing any similar rules in the future.

“Improving the control of methane emissions is an important public health and air quality issue,” McCain said in a statement at the time, according to Environment & Energy Report.

Beyond climate change, McCain has also been praised by the National Park Service and the Grand Canyon Association for his work preserving the iconic Arizona landmark and by Citizens for Responsible Energy Solutions for his work to fund fish hatchery repairs near Hoover Dam and water conservation at Colorado River reservoirs, Environment & Energy report wrote.