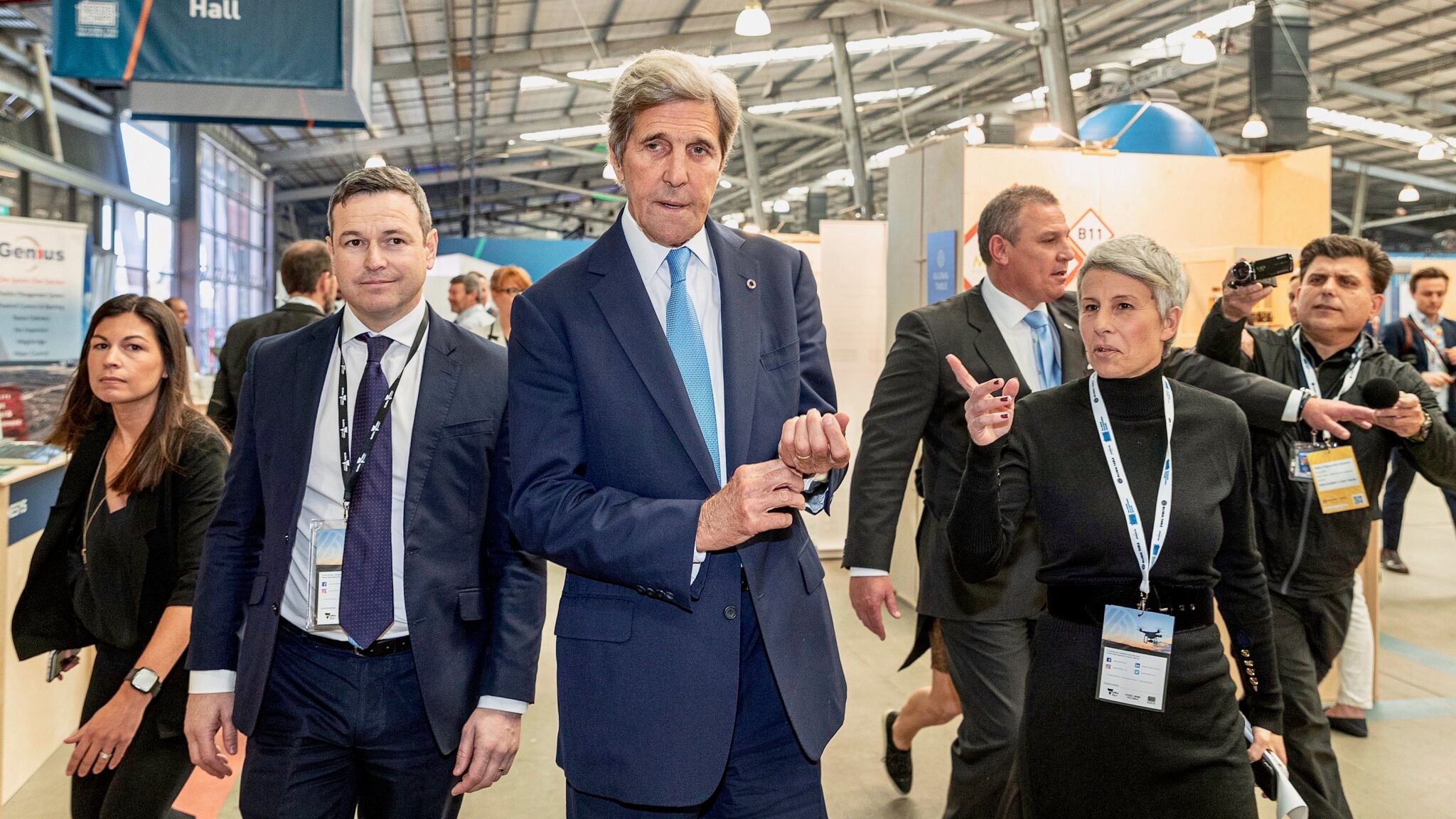 Former U.S. Secretary of State, John Kerry, argued at a conference in Melbourne that economic and environmental benefits stem from investments in renewable energy, but climate crisis deniers in power risk running humanity off a cliff, as the Guardian reported.

In his keynote address to the Global Table today — a food and agriculture conference — Kerry took indirect umbrage with the Australian government’s inertia on a climate and energy policy while also weighing in on the government’s support for the Adani coal mine in Queensland.

"We just can’t sit on our asses and leave the political process to neanderthals who don’t want to believe in the future.” #ClimateEmergency #ClimateCrisis #Urgency https://t.co/IeAc5qNNai

“We just can’t sit on our asses and leave the political process to neanderthals who don’t want to believe in the future,” Kerry told the audience, as the Guardian reported. “We have a dearth of leadership, but this will turn.”

Kerry cited numbers from the Bureau of Labor Statistics to highlight the growth of the renewable energy sector.

He also took a swipe at Australia’s outsized production of greenhouse gas emissions from its fossil fuel sector and its decision to invest further in the Adani coal mine, which will export a massive amount of fossil fuels to India.

After his speech, he told the Sydney Morning Herald that Australia should not invest in major coal infrastructure projects. He dismissed the notion that the project will create jobs as terribly shortsighted.

It isn’t going to do you any good to pretend you’re going to have great jobs for the long term with coal when in fact it’s going to be supplanted, it is not a fuel of the future, and it’s going to cost you a lot more to undo the damages that come from climate change than it is to make the adjustment. A great deal more,” he said to the Sydney Morning Herald.

Kerry discussed a wide range of topics in his speech, including ocean pollution, electric vehicles, children’s health and more. He said the demands of feeding a global population of nine billion people in 35 years presents considerable challenges, one of which is rethinking how much food is thrown in the trash.

“We waste a third of the food that we produce, one-third. And yet people are dying, and people go to bed hungry,” he said, according to the Sydney Morning Herald. “Right now today one in every nine people wakes up in the morning with hunger pangs, and they go to bed with an empty stomach. Consider that today, nearly half of child deaths worldwide are rooted in under-nutrition and in the lack of healthy food. We’re talking about 8000 children dying every single day, because they aren’t getting basic nourishment.”

While he offered a bleak assessment of the current state of affairs, Kerry also saw opportunity in our ability to adapt to the climate crisis. Not only did he note that the renewable energy sector offers more jobs and better jobs than the coal industry, he also saw opportunities in farming and food production.

“We have to produce food to change to an adapting planet,” he said to the conference, as The Weekly Times in Australia reported. “A lot of crops that were once not susceptible to disease are now susceptible due to insects or whatever brings that disease does not die off because it doesn’t get cold enough anymore. We have to increase food production in the United States by 60 per cent by 2050 just to keep pace with demand. So there are challenges but opportunity also.”