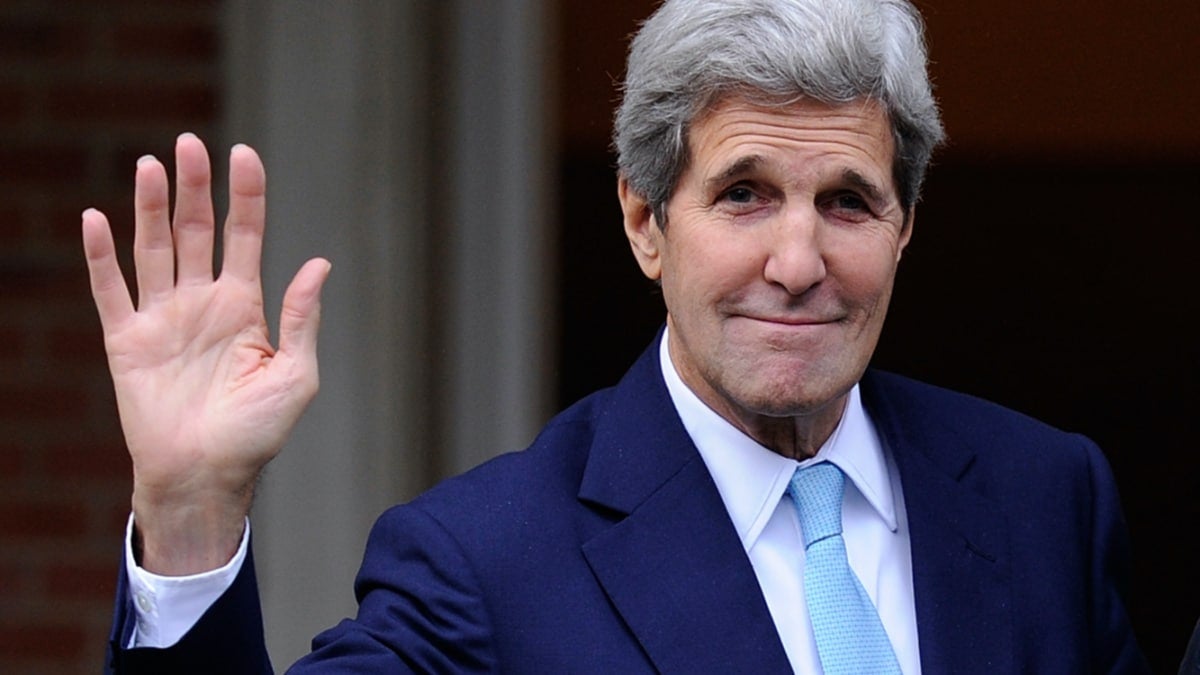 Kerry’s appointment was announced alongside other key foreign policy and national security roles and signals that the Biden administration plans to make fighting the climate crisis an integral part of its foreign policy.

“This marks the first time that the NSC will include an official dedicated to climate change, reflecting the president-elect’s commitment to addressing climate change as an urgent national security issue,” the transition team said in a statement.

Today, I’m announcing the first members of my national security and foreign policy team. They will rally the world to take on our challenges like no other—challenges that no one nation can face alone.

It’s time to restore American leadership. I trust this group to do just that. pic.twitter.com/uKE5JG45Ts

Kerry has a long history of engaging in climate diplomacy, The Washington Post reported. He has represented the U.S. at every major climate conference for the past 30 years and, as Secretary of State under President Barack Obama, played a key role in negotiating the 2015 Paris agreement. More recently, he started the organization World War Zero to unite people from all political persuasions and walks of life around the goal of achieving net zero emissions by 2050. Kerry also co-chaired the Biden campaign’s climate task force with Rep. Alexandria Ocasio-Cortez (D-N.Y.), which was designed to make policy suggestions and bridge the gap between party moderates and supporters of Independent Vermont Senator Bernie Sanders.

“The work we began with the Paris Agreement is far from done,” Kerry tweeted in response to his appointment. “I’m returning to government to get America back on track to address the biggest challenge of this generation and those that will follow. The climate crisis demands nothing less than all hands on deck.”

“The big question has been, ‘How serious is the new administration about climate change?'” senior Environmental Defense Fund (EDF) vice president Nathaniel Keohane told Grist. “This is a tremendously important signal. It says that the Biden administration is committed to making climate change front and center in terms of how we engage with the world.”

While Kerry is seen as a moderate, according to The Guardian, his role on the campaign’s climate task force has earned him the respect of the more progressive wing of the climate movement.

“He was quite the diplomat in terms of trying to make sure that all sides were represented and that we could reach compromises that we could all live with,” Alabama environmental activist and panel member Catherine Coleman Flowers told The Washington Post. “He had a good understanding of the climate crisis.”

“I served with Sec. Kerry this summer on the Biden-Sanders taskforce and one thing is clear: he really does care about stopping climate change. That’s something we can work with,” she tweeted. “An encouraging move from the Biden team — now I’m keeping my eyes peeled for a domestic equivalent!”

Biden is expected to name a White House climate policy coordinator in December who will focus on domestic climate policy, The New York Times reported.

However, the effectiveness of both roles may depend on whether Republicans retain control of the Senate after the Georgia runoff elections in January. Kerry’s position does not require Senate confirmation, but he may have a harder time convincing other countries to take more aggressive action if the U.S. does not seem to be pulling its weight. Diplomatically, he faces a challenge no matter what, given President Donald Trump‘s decision to withdraw the U.S. from the Paris agreement Kerry helped negotiate. While Biden intends to rejoin the agreement immediately upon taking office, the U.S. departure still burned the international community.

“Kerry’s challenge is ‘fool me once, shame on you, fool me twice, shame on me,'” Rachel Kyte, dean of the Fletcher School of Law and Diplomacy at Tufts University, told The New York Times.