John Boehner: ‘I'm Not Qualified To Debate the Science Over Climate Change' 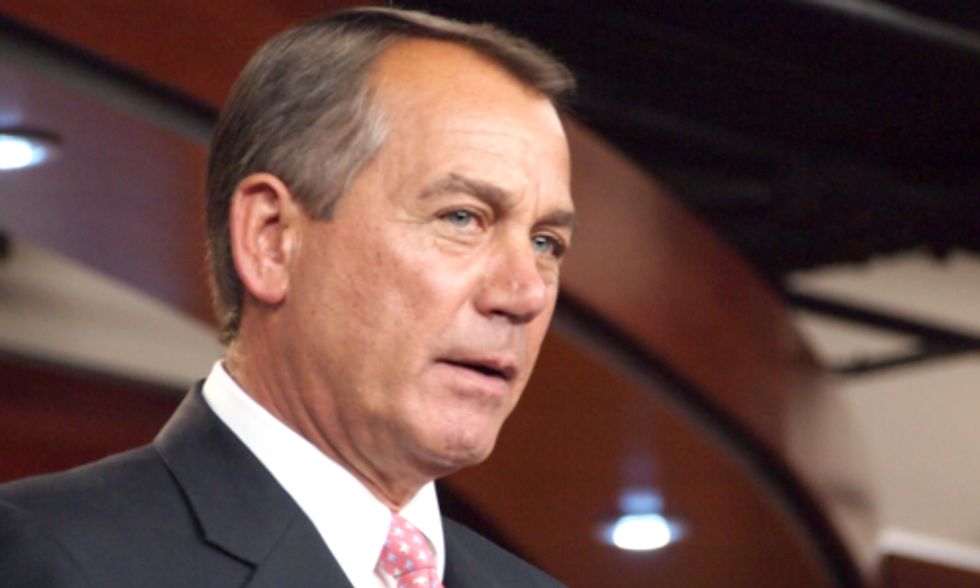 The speaker of the U.S. House of Representatives admits he is not be the best person to discuss climate change, but he knows that legislative proposals aimed at fighting it are bad.

John Boehner, R-Ohio, dropped that hard-to-understand gem Thursday at the Republican leadership press conference in anticipation of President Barack Obama unveiling new emissions rules written by the U.S. Environmental Protection Agency next week. Instead of leaving things at his admission that he's "not qualified to debate the science over climate change"—one he could have made years ago—Boehner takes a dig at everything climate related Obama has considered doing.

It remains unseen how he concluded that potential climate legislation would hurt the economy if he admits to actually knowing little about climate change. Boehner provides his thoughts at the 11:15 mark in this video uploaded by C-SPAN:

As ThinkProgress points out, this is far from the first time Boehner has said something bizarre related to climate change. Five years ago, he said the “idea that carbon dioxide is a carcinogen that is harmful to our environment is almost comical.”

It's, of course, not a carcinogen.