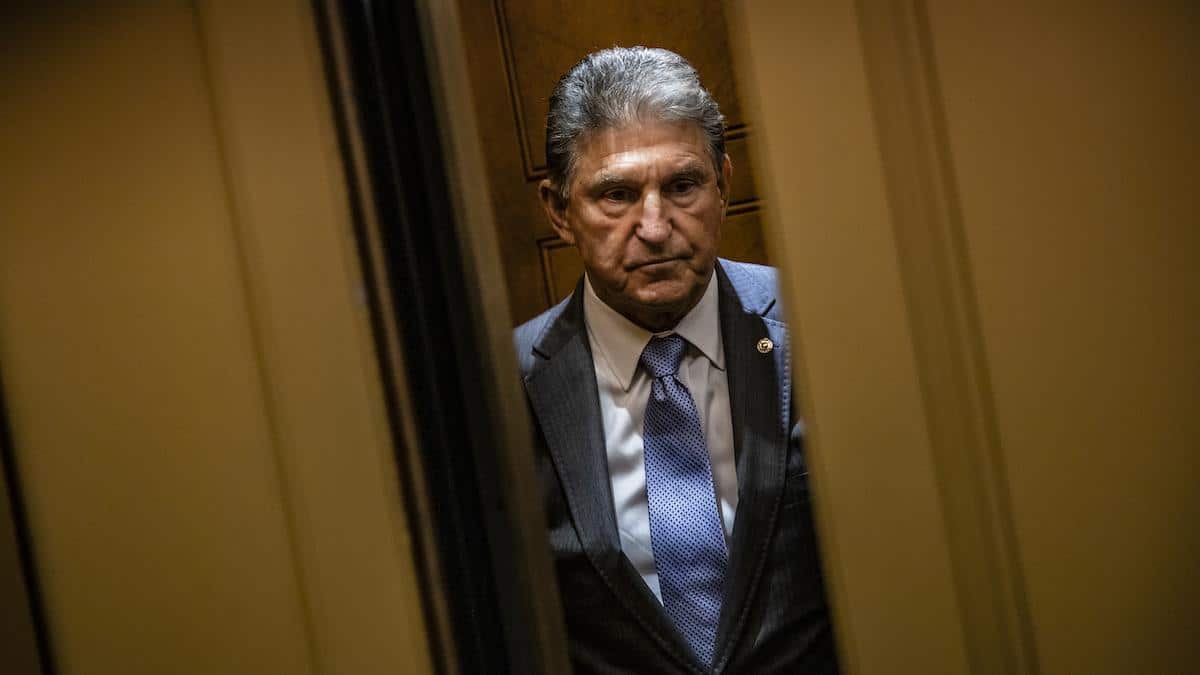 Senator Joe Manchin (D-WV) heads to a vote in the Senate at the U.S. Capitol on June 8, 2021 in Washington, DC. Samuel Corum / Getty Images

Joe Manchin has never been this famous. People around the world now know that the West Virginia Democrat is the essential 50th vote in the U.S. Senate that president Joe Biden needs to pass his agenda into law. That includes Biden’s climate agenda. Which doesn’t bode well for defusing the climate emergency, given Manchin’s longstanding opposition to ambitious climate action.

It turns out that the Senator wielding this awesome power – America’s climate decider-in-chief, one might call him – has a massive climate conflict of interest. Joe Manchin, investigative journalism has revealed, is a modern-day coal baron.

Financial records detailed by reporter Alex Kotch for the Center for Media and Democracy and published in the Guardian show that Manchin makes roughly half a million dollars a year in dividends from millions of dollars of coal company stock he owns. The stock is held in Enersystems, Inc, a company Manchin started in 1988 and later gave to his son, Joseph, to run.

Coal has been the primary driver of global warming since coal began fueling the Industrial Revolution in Great Britain 250 years ago. Today, the science is clear: coal must be phased out, starting immediately and around the world, to keep the 1.5°C target within reach.

Scientists estimate that 90% of today’s coal reserves must be left in the ground. No new coal-fired power plants should be built. Existing plants should quickly shift to solar and wind, augmented by reducing electricity demand with better energy efficiency in buildings and machinery (which also saves money and produces more jobs).

This is not a vision that gladdens a coal baron’s heart. The idea of eliminating fossil fuels is “very, very disturbing,” Manchin said in July when specifics of Biden’s climate agenda surfaced. Behind the scenes, Manchin reportedly has objected to Biden’s plan to penalize electric utilities that don’t quit coal as fast as science dictates.

The White House is not selling it this way, but the huge budget bill now under feverish negotiations on Capitol Hill is as much as anything a climate bill. The clean electricity performance program and other measures in this budget reconciliation bill are the core of Biden’s plan to slash U.S. climate pollution in half by 2030, a reduction science says is necessary to limit global temperature rise to 1.5°C and avoid cataclysmic climate change.

Apparently keen to delay a vote on the bill – but not on the bipartisan infrastructure bill containing billions in subsidies for climate harming programs like making hydrogen from methane – Manchin asked on CNN, “What is the urgency?” of passing the larger bill. Like ExxonMobil, the senator appears to have jettisoned outright climate denial in favor of its more presentable, but no less lethal, cousin: climate delay.

Soon Biden will join other world leaders at the COP26 UN climate summit in Glasgow, described as a “now or never” moment for efforts to preserve a livable planet. Biden and his international climate envoy, John Kerry, have been leaning on other nations, especially China, to step up their commitments. But Biden can only press that case successfully in Glasgow if Congress passes the budget bill, and with its climate provisions intact.

That will depend in no small part on Manchin, who as the Democrats’ 50th vote in the Senate now holds what amounts to veto power over U.S. climate policy.

It’s not illegal for Senator Manchin to own millions of dollars of coal stock – indeed, it illustrates the old saw that the real scandal in Washington is what’s legal – but it certainly raises questions about his impartiality on climate policy. Should any lawmaker with such a sizable financial conflict of interest wield decisive influence over what the U.S. government does about a life-and-death issue like the climate emergency? Shouldn’t there be public discussion about whether that lawmaker should recuse himself from such deliberations?

In the realm of law, a judge who had anything like this level of financial conflict in a case would have to recuse and let a different judge handle the proceedings. The legal profession’s code of ethics dictates this approach not only because a judge’s financial interest would tempt them to rule in their own favor. It’s also because the two parties litigating the case and the broader public could not have faith that justice had been done by a judge with such a conflict.

Why shouldn’t a similar standard apply to the American public’s faith in government policy, especially when what’s at stake is, you know, the future of life on Earth? Manchin could still vote for the budget bill; he just couldn’t touch its climate provisions.

Joe Manchin is surrounded by a gaggle of reporters whenever he steps outside his Senate office, and he frequently appears on the agenda-setting Sunday morning TV shows. With votes on the budget bill fast approaching and the Glasgow summit starting October 31, it’s high time that journalists press America’s climate decider-in-chief about his glaring conflict of interest – and why he shouldn’t step aside from U.S. climate deliberations. 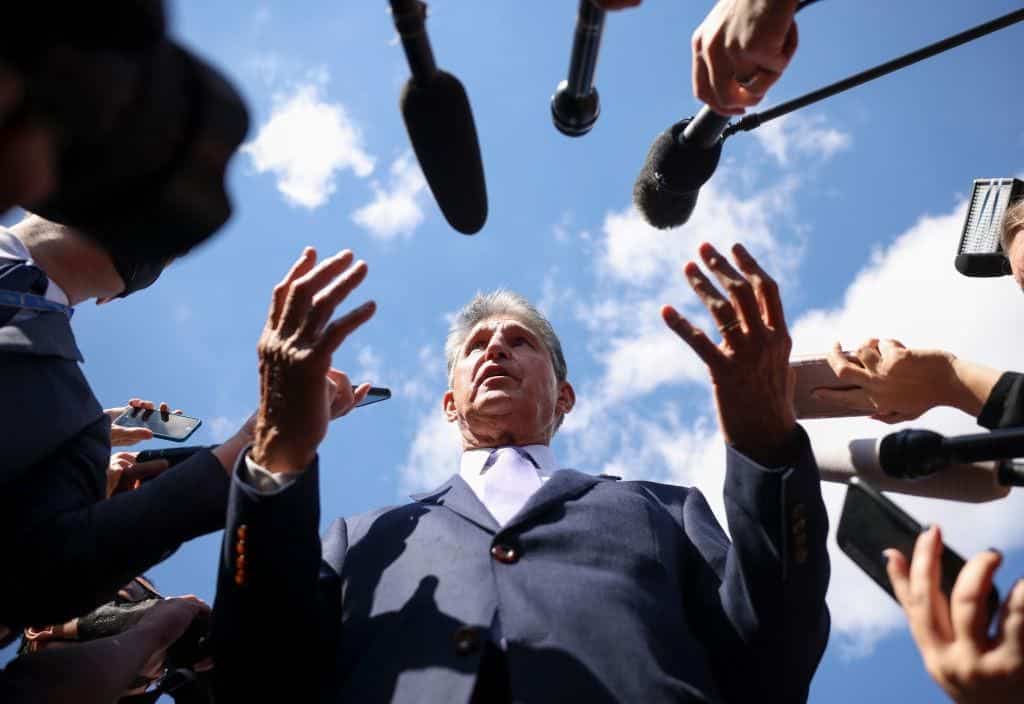