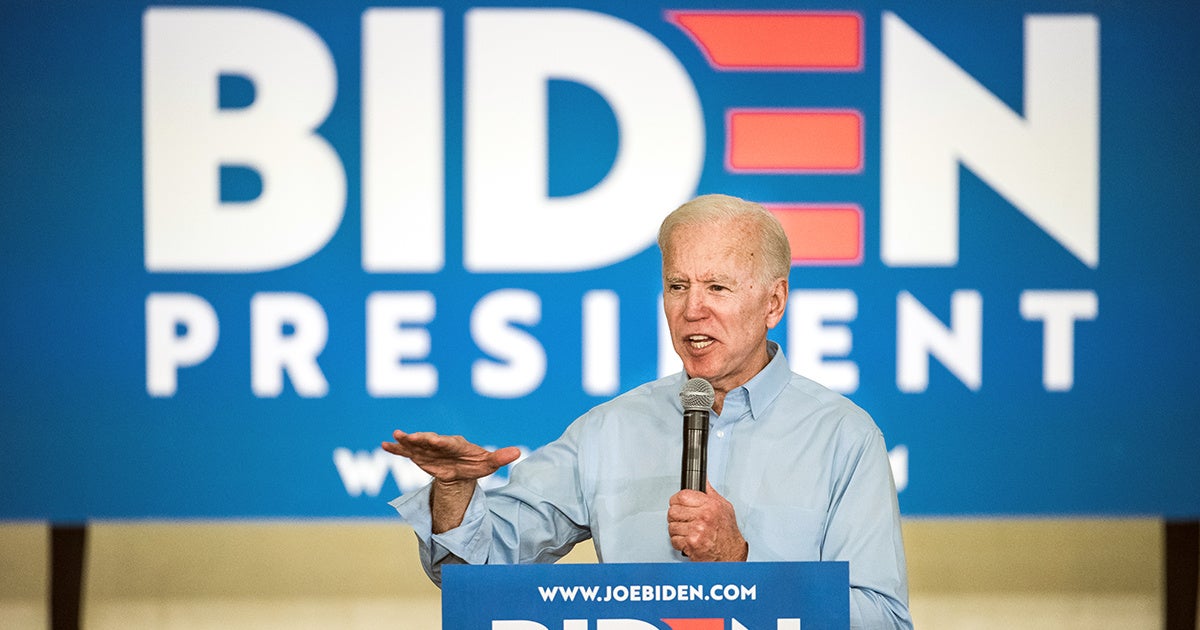 Former Vice President Joe Biden has not released a detailed climate policy since he entered the Democratic presidential primary race a little more than two weeks ago. But two sources close to his campaign told Reuters Friday that he is crafting a policy that would serve as a “middle ground” between environmental advocates and blue-collar workers who voted for President Donald Trump.

Scientists, environmental advocates and fellow primary contenders immediately criticized the plan as out of step with the most recent science on climate change, such as last October’s report from the Intergovernmental Panel on Climate Change (IPCC) that says global greenhouse gas emissions must fall by nearly half by 2030 years to avoid more than 1.5 degrees Celsius of warming above pre-industrial levels.

Interesting strategy: Biden calls on physics, chemistry to meet him halfway. Will be curious to see how they respondhttps://t.co/PzNQA2WFp3

Commentators noted that Biden’s plan amounted to restoring Obama-era climate policy after attacks by the Trump administration, but that climate science in the years since Obama left office had shown that policy to no longer be enough to meet the threat posed by climate change.

Inslee, who has focused his campaign primarily on fighting climate change, was the first to respond.

“[T]he times and science have changed. We cannot simply go back to the past; we need a bold climate plan for our future,” he said, according to Reuters.

Biden campaign spokesperson TJ Ducklo declined to comment to Reuters on the specifics of Biden’s forthcoming climate plan, but said the candidate had called climate change an “existential threat.”

In a Twitter thread Friday, Biden repeated the claim that climate change was an “existential threat.”

“We need policies that reflect this urgency. I’ll have more specifics on how America can lead on climate in the coming weeks,” he said.

We need policies that reflect this urgency. I'll have more specifics on how America can lead on climate in the coming weeks.

One of the sources Reuters drew on for its report, Heather Zichal, who advised Obama on climate and is now advising Biden, said the middle-of-the-road approach was based on her experience with the Obama administration.

“I respect where they (activist groups) are coming from,” Zichal told Reuters. “What we learned from the Obama administration is unless we find middle ground on these issues, we risk not having any policies.”

However, in a tweet Friday Zichal said that “Reuters got it wrong.”

I expect as president @JoeBiden would enact a bold policy to tackle climate change in a meaningful and lasting way,” she wrote.

I expect as president @JoeBiden would enact a bold policy to tackle climate change in a meaningful and lasting way. Reuters got it wrong. Any suggestion that it wouldn't is in direct contradiction to his long record of understanding climate change as an existential threat.

McKibben, in an op-ed for The Guardian, cast doubt on Zichal’s follow-up statement and her suitability as a climate adviser, saying that she had headed an inter-agency group during the Obama administration that focused on promoting domestic natural gas development. After leaving the administration in 2013, she joined the board of fracked gas exporter Cheniere Energy.

“If he’s going to mount a serious challenge to Trump, he’s going to need the huge number of Americans for whom climate change has become the issue. On the biggest issue our civilization’s ever faced, we need him thinking like it’s 2030, not 2010,” he wrote.