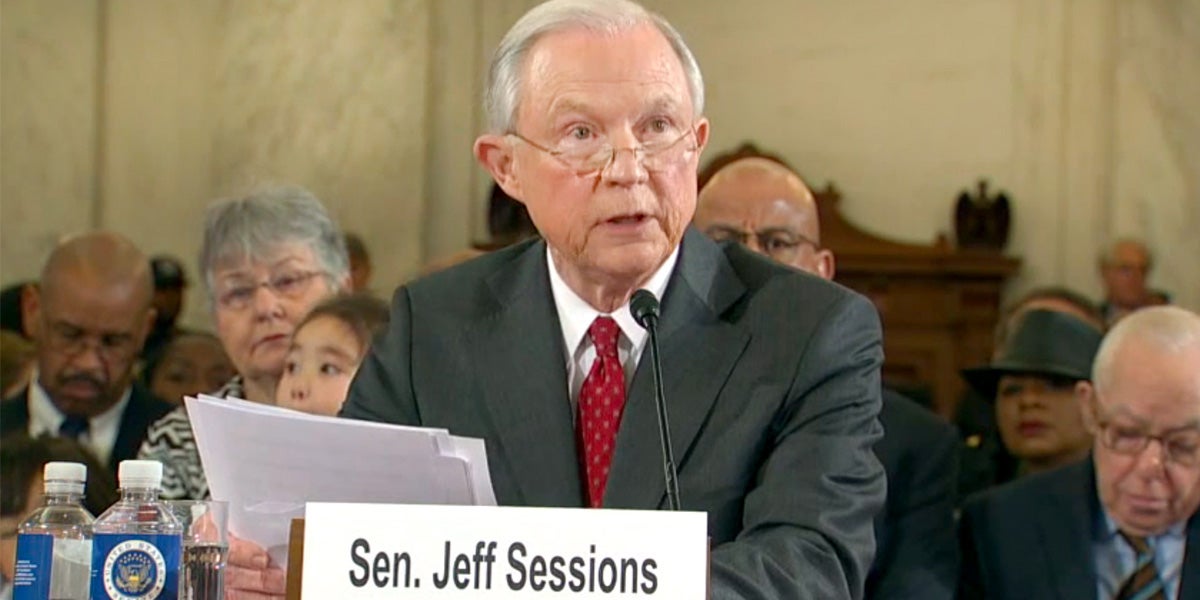 Despite the numerous race-related skeletons in Sen. Jeff Sessions‘s closet, some time was spent at his confirmation hearings discussing his various financial ties to the fossil fuel industry and how that might affect his approach to environmental and energy issues as attorney general.

Trump's Pick for Attorney General Could Be Big Boost to Monsanto via @EcoWatch https://t.co/GNpF1qRcVf

Sessions was questioned on his failure to disclose oil income on land he owns in a national wildlife refuge, first reported this week by the Washington Post. Sessions also waffled back and forth on climate change during his hearing, acknowledging it is “plausible” but questioning “how much is happening and what the reaction would be to it.”

Sessions has received hundreds of thousands of dollars from fossil fuel industries and an Alabama Power-owned utility is his largest corporate donor. Next week, the oil and gas parade continues: mark your calendars for the U.S. Environmental Protection Agency chief nominee Scott Pruitt‘s confirmation hearing, announced for Wednesday, Jan. 18.