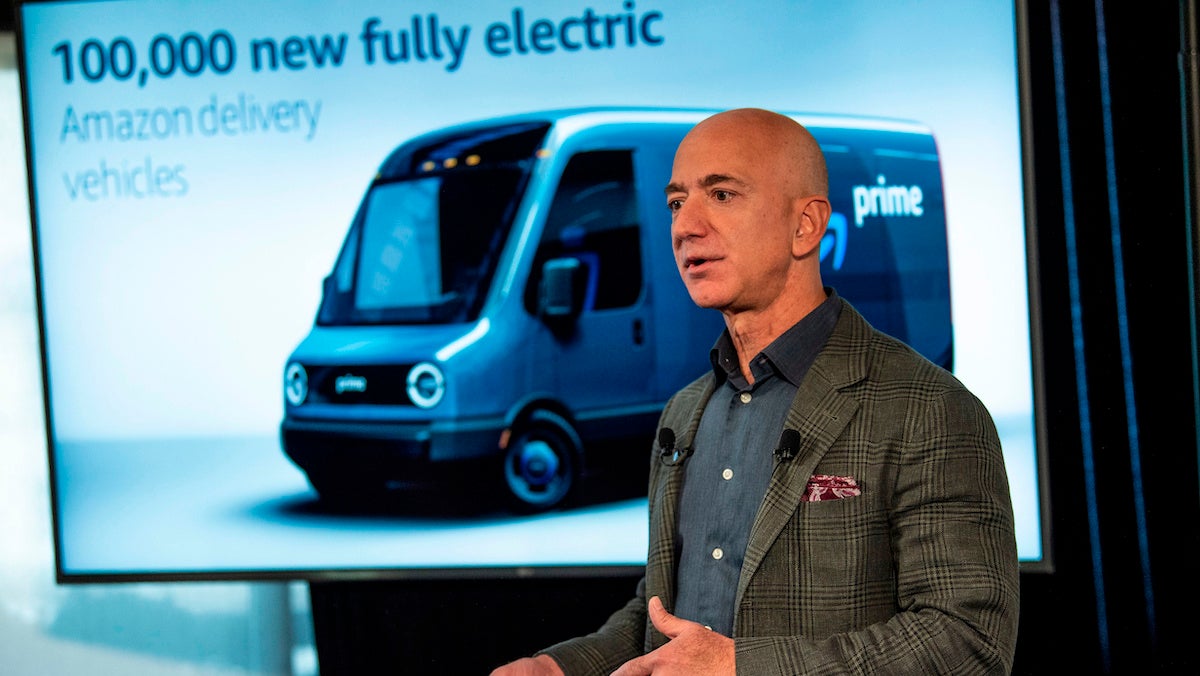 Amazon Founder and CEO Jeff Bezos speaks to the media on the company's sustainability efforts on Sept. 19, 2019 in Washington, DC. ERIC BARADAT / AFP via Getty Images

“Climate change is the biggest threat to our planet,” he wrote. “I want to work alongside others both to amplify known ways and to explore new ways of fighting the devastating impact of climate change on this planet we all share.”

The fund will donate money to scientists, activists and non-governmental organizations working to protect the environment and will begin issuing grants this summer.

The announcement is a departure for Bezos, who has historically not chosen to direct his wealth towards philanthropy, according to The New York Times. Indeed, he is the only U.S. citizen among the world’s five richest people who has not signed the Giving Pledge to give away more than half his fortune during his life or in his will, Business Insider reported. His billion donation now accounts for around 7.7 percent of his net worth of 0 billion, but even if he gave the whole amount away right now, he would still be the richest man on Earth, The New York Times pointed out. Still, his new fund is the third largest charitable pledge by an individual donor, CNN reported.

His foray into philanthropy comes after about a year of climate activism on the part of Amazon employees seeking to push the company in a more Earth-friendly direction. Amazon emitted 44.4 million metric tons of carbon dioxide in 2018, according to its own figures released in September and reported by The New York Times.

“That would put them in the top 150 or 200 emitters in the world,” CDP North America President Bruno Sarda told The New York Times.

Also in September, Bezos unveiled an Amazon-wide Climate Pledge, promising the company would meet the goals of the Paris agreement 10 years early and be carbon neutral by 2040. That promise was made the day before more than 1,000 Amazon employees were set to participate in a day of global climate strikes, CNN reported.

Amazon Employees for Climate Justice (AECJ), however, want the company to go further and to stop offering cloud computing services to the oil and gas industry. Some also say they were threatened with being fired after speaking out on the company’s climate policies.

In a statement responding to Bezos’ announcement, the group applauded his philanthropy, but raised ongoing concerns about Amazon’s business practices.

In particular, the group flagged the use of cloud computing for oil and gas exploration, the company’s donations to climate-denying think tanks like the Competitive Enterprise Institute, the threat that air pollution from diesel trucks poses to the health of children who live near Amazon warehouses and the threats of retaliation against employees who spoke out.

“As history has taught us, true visionaries stand up against entrenched systems, often at great cost to themselves,” the group wrote. “We applaud Jeff Bezos’ philanthropy, but one hand cannot give what the other is taking away.”