Jay Inslee, Who Led the Push for a Climate Debate, Drops out of Presidential Race 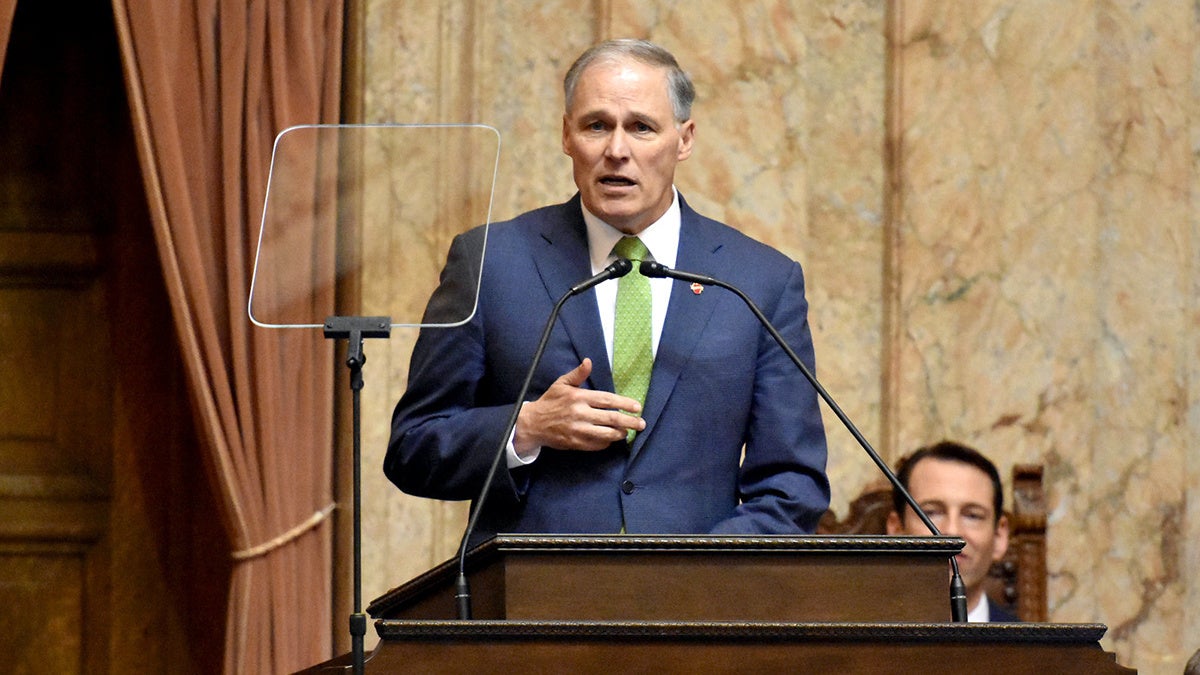 Washington Gov. Jay Inslee, who made solving the climate crisis the center of his presidential campaign, is dropping out of the 2020 Democratic primary race.

Inslee announced his exit Wednesday while speaking on MSNBC’s The Rachel Maddow Show, The Guardian reported.

Inslee failed to qualify for the third Democratic primary debate in September, as well as for a climate-themed CNN town hall. Inslee had met the donor threshold for the third debate, but not the polling threshold, CNN reported.

Despite failing to qualify for the climate town hall, Inslee was the first candidate to call for a debate focused solely on the issue. He also put forward several ambitious plans to address the climate crisis. The first promised a transition to 100 percent renewable energy by 2035. Another plan targeting the fossil fuel industry would have ended subsidies, banned drilling on public lands and made carbon polluters pay. On Wednesday, the day of his resignation, he also dropped a new plan focused on agriculture, including a commitment to invest in climate-friendly farming innovations.

The Sunrise Movement, a grassroots group that has led the push for a Green New Deal, took to Twitter to celebrate his campaign’s legacy.

“Jay Inslee entered the race with the goal of putting the climate crisis at the center of the campaign,” the group wrote. “He may be leaving the race, but it’s clear he and the movements who fought alongside him are succeeding in that mission.”

David Roberts, who has covered Inslee’s campaign for Vox, praised the detail of his plans, which now amount to more than 200 pages of climate policy:

The result is far more than a campaign document — it’s a comprehensive governing blueprint. It takes the lofty aspirations of the Green New Deal and translates them into nuts and bolts, specifying which agencies and programs need to do what. Whichever Democratic candidate may become president, they would do well to keep a copy of Inslee’s plan on their desk.

Inslee is not yet ready to say which candidate he hopes will end up in the Oval Office. He said they all needed to bolster their climate plans. But he said Wednesday that “every single one of them is 100% better than the current occupant, no question about that,” CNN reported.

In an email to supporters reported by CNN, he outlined what his campaign had accomplished:

“Many of the campaigns started with little attention to climate, but since our campaign began, we’ve seen almost every serious candidate put out a climate plan; we’ve seen climate come up in both debates; and we now have two networks hosting nationally-televised climate forums in September,” he said. “Most importantly, we have introduced a detailed and comprehensive policy blueprint for bold climate action and transformation to a clean energy economy. We will fight to ensure this gold standard of climate action is adopted and executed by our party and our next president.”

With his presidential hopes over, Inslee is likely to announce a run for a third term as Washington’s governor Thursday, two people close to him told the Associated Press.