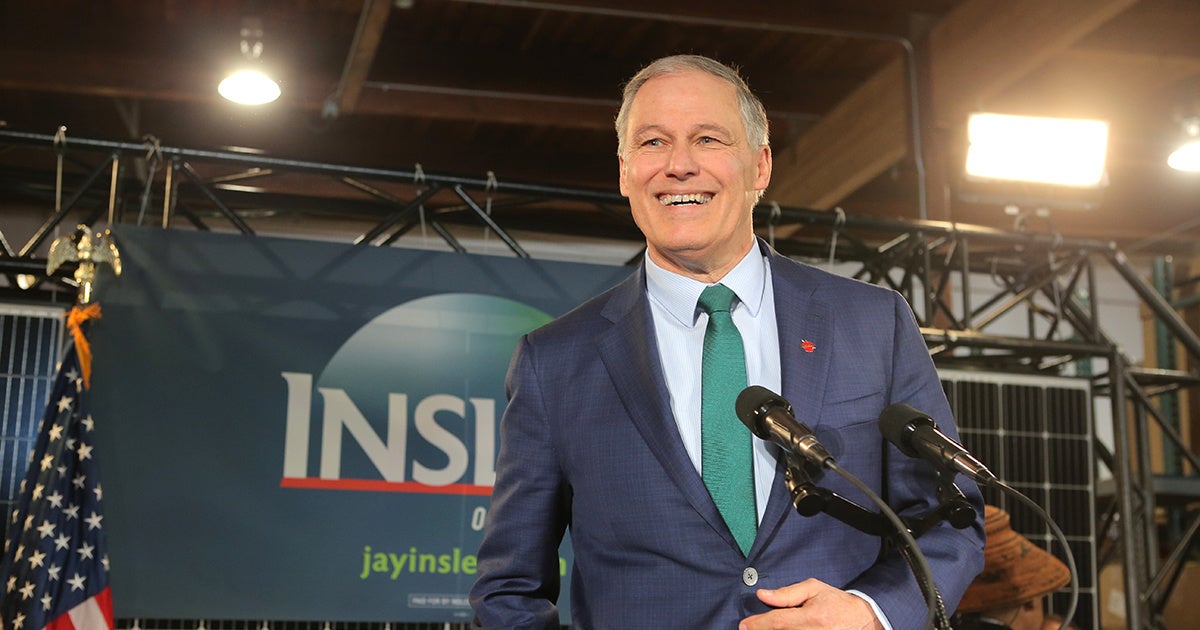 In his latest bid to be the 2020 climate candidate, Washington Gov. Jay Inslee unveiled a plan Monday to target the fossil fuel industry by both phasing out extraction and making it pay for the damage it has already done.

The plan would end subsidies for oil, natural gas and coal companies, ban drilling on federal lands and waters, phase out fracking and institute a “Climate Pollution Fee,” The Hill reported.

“To build a clean energy economy, we must transition off of fossil fuels, and we will need a President who is willing to stand up to the fossil fuel corporations,” Inslee said in a statement reported by The Hill.

Fossil fuel companies are raking in record profits while they fuel the greatest existential crisis of our time — one that they created. We’re going to put an end to that. https://t.co/c39hZ6s3BB #OurMoment pic.twitter.com/l5uavu0lqr

The U.S. currently pays billion to fossil fuel companies in direct support a year, the most of any G7 nation. Inslee’s plan seeks to end this state of affairs by closing tax loopholes, recuperating payments for fossil fuel extraction on public lands and ending federal support for the industry, such as transitioning the Department of Energy’s Office of Fossil Energy into the Office of Industrial Decarbonization. Overall, the plan would eliminate almost billion a year in subsidies, according to The Hill.

Inslee promised a ban on new fossil fuel leasing on day one, and then pledged to work with Congress to make the ban permanent. His plan would work to phase out fossil fuel extraction off of public lands as well. It also seeks to develop a “G.I. Bill” for fossil fuel workers caught up in the transition to cleaner energy. Finally, he promised to work with Congress on a national fracking ban, similar to the state-wide ban he signed in Washington this year.

Inslee would work with Congress to create a “Climate Pollution Fee” that would start small and increase over time to incentivize a rapid transition to cleaner energy sources. The revenue would go to helping vulnerable communities adapt to the climate crisis, as well as funding environmental protections and economic development. He would also impose a “Carbon Duty” on imports from countries without strict climate laws. Inslee also pledged to enforce and strengthen existing environmental laws, and reverse Trump administration rollbacks, such the newly-released replacement for the Clean Power Plan that is more lenient on coal-plant emissions.

Inslee would work with Congress to develop and apply a “Climate Test” to all new infrastructure projects. He would also direct federal agencies to reject oil and gas pipelines that would contribute to global warming and harm the local environment, and withdraw permits from existing projects like the controversial Dakota Access and Keystone XL pipelines. The plan also outlines steps towards ending fossil fuel exports.

Finally, Inslee would work to make sure corporations are accurately reporting their climate pollution and risk by taking measures to encourage the Securities and Exchange Commission (SEC) to enforce rules requiring companies to disclose climate-related risks and reverse the more lax approach taken by the Trump administration. Inslee would also direct federal agencies to work towards avoiding a financial crisis driven by the climate crisis.

Inslee’s plan won approval from Greenpeace, who called it “the most comprehensive to date to end the fossil fuel industry’s stranglehold on our democracy and clear the way for a future built on clean, renewable energy,” according to The Hill.

“This is now the gold standard that all other candidates must meet if they hope to win over the millions of voters and young people demanding climate leadership from the next president,” the organization said.

It is the latest climate-focused plan announced by Inslee, following his promise to shutter all coal plants by 2030, encourage clean energy construction and target anti-corruption laws at climate deniers abroad, as The Huffington Post reported. But this latest plan focuses specifically on the industry most responsible for industrial greenhouse gas emissions.

“When you’re in a hole, you have to stop digging,” Inslee told The Huffington Post of his latest plan. “We have to stare the fossil fuel industry in the eye and say, ‘The gravy train is over.'”

Inslee is polling at one or two percent against other Democratic primary contenders, The Hill reported, and The Huffington Post says his latest plan will likely not win over voters in fossil-fuel producing states. But it does come days after a Yale Program on Climate Change Communication survey found that 57 percent of Americans think the fossil fuel industry owes owes a “great deal” or “moderate amount” in damages wrought by the climate crisis, The Huffington Post reported.