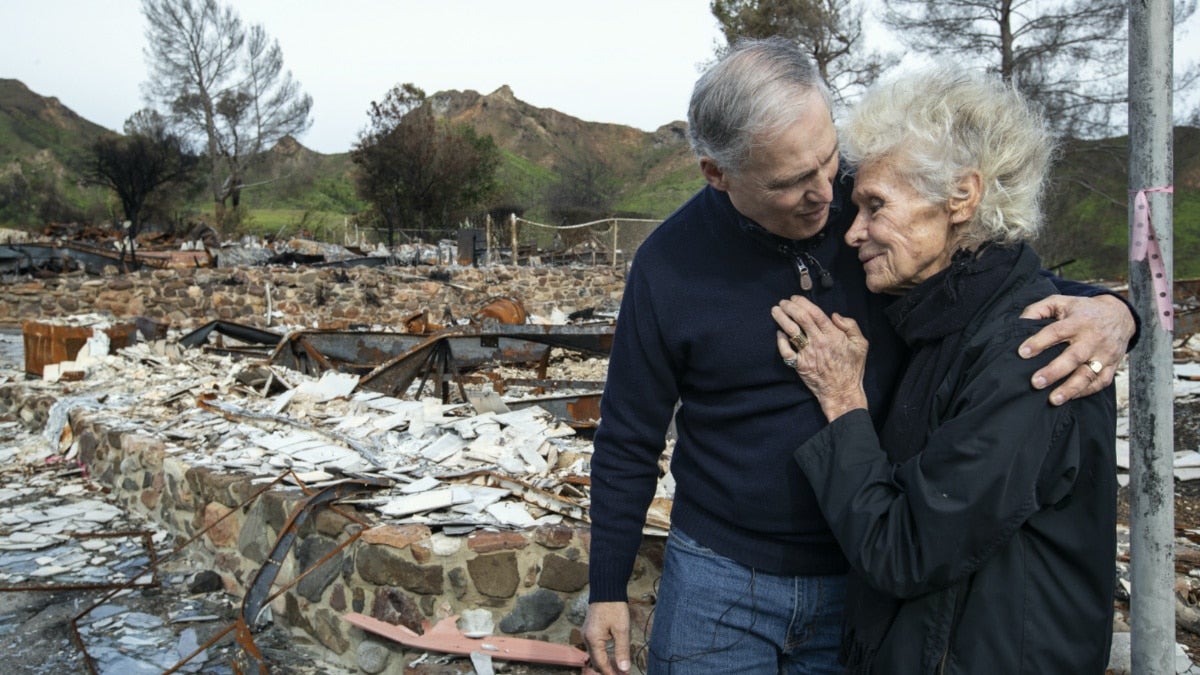 Climate Week this year coincides with clear skies in Washington state for the first time in almost two weeks.

In just a few days in early September, Washington state saw enough acres burned – more than 600,000 – to reach our second-worst fire season on record. Our worst fire season came only five years ago. Wildfires aren’t new to the west, but their scope and danger today is unlike anything firefighters have seen. People up and down the West Coast – young and old, in rural areas and in cities – were choking on smoke for days on end, trapped in their homes.

Fires like these are becoming the norm, not the exception.

That’s because as the climate changes, our fires change. Climate scientists tell us that if greenhouse gas emissions continue on their current path, later this century the average year in Washington will eventually be warmer than the single hottest year of the 20th century. The heat leaves our land and vegetation dry and primed for ignition, with blazes for which our landscapes are not evolved to cope. We’re seeing more acres burned, and more days with our state swathed in hazardous smoke and ash.

Rain, cooler weather, and heroic firefighting efforts have finally tamped down the fires and poor air quality; but the burn scars remain, and they are most acutely felt by those who lost homes, businesses, and loved ones in fires this year.

I have seen the chaos firsthand in recent visits to burned areas both east and west of the Cascade Mountains. As communities in Malden, Bonney Lake, and Graham, Washington, recover from the damage done this month, it’s not enough for us as leaders to help our towns recover from one devastating event after another. We need a plan to stop these increasingly ferocious natural disasters from becoming uncontrollable. The situation demands that climate change be front and center in this plan – because it is the root and stem of the new challenges we face in disaster response.

While wildfires are the most recent, and some of the most visceral images of climate change, they are unfortunately just one manifestation of a climate crisis with far-reaching implications.

From the woods and prairies to the oceans, rivers and streams, we see the damaging effects of climate change. West Coast marine waters are acidifying at twice the global rate, our streams are becoming too warm to support salmon, and our agricultural productivity is falling as a result of record heat.

But we cannot give in to defeat and pessimism. This is not a lost cause.

There is broad consensus on what we need to do to slow and turn back the effects of human-driven climate change: all hands on deck for a global decarbonization that grows jobs and protects communities.

Every year, Climate Week gives us the opportunity to highlight this urgent need. But we need every week to be Climate Week. Given the science, knowledge and tools at our disposal, it is unacceptable that more has not been done to address the terrifying implications of climate change in the 21st century. We have no more time to waste.

We face a powerful oil and gas industry that has sunk its claws into Congress and numerous state governments, and a presidential administration backed by a major political party dedicated to protecting polluters and spreading lies and confusion about the science. On the flip side is the urgent and painfully clear scientific consensus, coupled with the fact that the majority of Americans support action now on climate change.

This is a battle that we can – and must – win, beginning with our votes in November.

And winning the fight won’t just protect our communities from the dangerous effects of climate change. It will create enormous new economic opportunity.

The latest jobs report from E2, a national nonpartisan group of business leaders and investors focused on sustainable energy policies, shows there are already more than 3 million clean energy jobs in America today. If we can find the will to massively accelerate the development of renewable resources, we can create millions of more jobs.

If 2020 has taught us anything, it’s that facts are stubborn things, and denial can be fatal. The federal government’s failure to accept the reality of the Covid-19 crisis once again demonstrated why aloofness is no replacement for proactive leadership.

While we know this administration would be wise to change its destructive path – by bringing our country back into the Paris Agreement on Climate Change, by putting in place strong clean car standards, or by restoring key environmental protections razed by Trump’s cronies – we know they won’t. However, public opinion is clear even after years of misinformation and downright lies. There is not enough oil money in the world to stop the American people from rising up for what’s right, and it’s time to hit back.

Let this Climate Week be a reminder not merely of the long road ahead, but of our own power to make that journey together. Start now, so that in Climate Week 2021 we’ll have a little less distance to cover.

This story originally appeared in Rolling Stone and is republished here as part of Covering Climate Now, a global journalism collaboration strengthening coverage of the climate story.