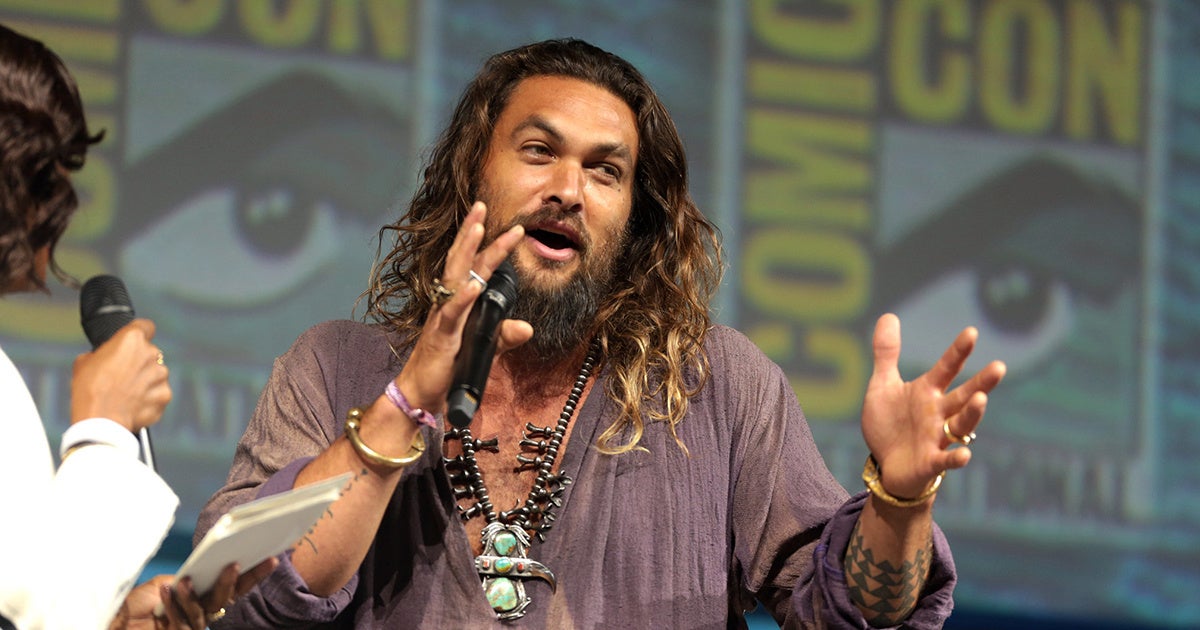 From Khal Drogo in Game of Thrones to Aquaman, some of actor Jason Momoa’s most iconic roles have been linked to the beard he has worn since 2012.

But on Wednesday he decided it was “time to make a change,” for himself and for the planet. A video posted on Instagram showed him beginning to shave his beard in a bid to raise awareness about plastic pollution, the Huffington Post reported.

“I just want to do this to bring awareness that the plastics are killing our planet,” he said in the video.

Momoa also proposed a solution to the problem.

“There’s only one thing that can really help our planet and save our planet, as long as we recycle, and that’s aluminum,” Momoa said.

Momoa went into more detail, and showed off his newly clean-shaven face, in a YouTube video posted the same day. In the longer video, Momoa said 75 percent of aluminum ever produced was still in circulation and that it was 100 percent recyclable.

Towards the end of the video, Momoa also showed off a line of canned water he is developing with Colorado-based Ball Corp. which bills itself as the world’s largest supplier of metal cans, The Mercury News reported. Neither Momoa or Ball Corp. provided any details about the cans’ logo, price point or launch date.

“Please, please, there’s a change coming. It’s aluminum. We gotta get rid of these plastic water bottles. Aquaman is trying to do the best he can — for my kids, for your kids, for the world. Clean up the oceans, clean up the land. Love you guys,” Momoa said at the end of the longer video.

His announcement comes about two weeks after a study found that plastic bottles were the number one single-use plastic item clogging European rivers and lakes. But are aluminum cans really a better choice? In a comparison of the three single-use beverage containers — glass, plastic or aluminum — Grist’s Ask Umbra® concluded that cans were probably the best choice if recycled:

If we’re talking virgin cans, things look dull for this shiny metal: Making it requires polluting bauxite mining and is twice as energy-intensive as manufacturing glass. But it’s also infinitely recyclable, and doing so even more significantly lowers a can’s carbon footprint. What’s more, aluminum is very valuable to recyclers (who also sell it to the auto industry), helping make it one of our more popular recycled items (67 percent recovery rate, baby). That, in turn, helps push the average aluminum can to about 68 percent recycled content. Oh, and it’s also nice and light, and squat little cans are more efficient to ship than narrow-necked bottles.

Fans took to social media to express sorrow at the loss of the 39-year-old actor’s beard, Newsweek reported.

One lashed out angrily at the environmental inaction that had motivated him to take this step, tweeting, “can’t believe i have to deal with a dying planet and now jason without a beard.”

jason momoa shaved off his beard because you fucks don't know how to recycle and keep the planet clean. can't believe i have to deal with a dying planet and now jason without a beard