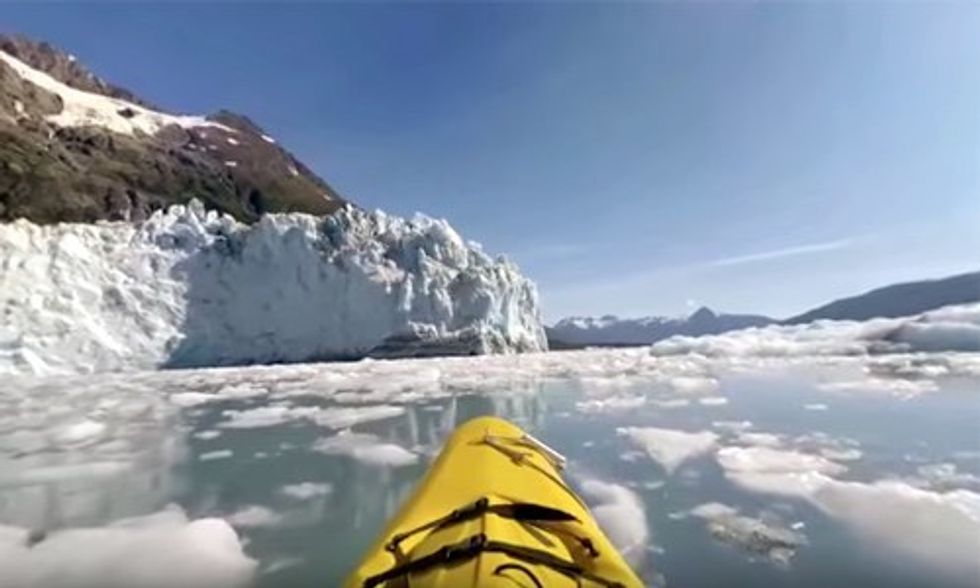 The video, which is being released just two months shy of the UN climate talks in Paris, aims to encourage world leaders to take meaningful action on climate.

“Climate change affects all life on this planet,” said Academy Award-winning actor Jared Leto, who narrates the PSA. “It is literally altering the face of the Earth and displacing communities. I hope world leaders recognize that people around the globe want and need them to step up and work together starting at the UN Climate Summit and beyond, to fight the climate crisis. Humanity depends on it.”

“To us, this is by far the most exciting use case for virtual reality technology,” said Molly Swenson, COO of RYOT and an executive producer of the film. “When you’re standing in the middle of a glacial ice cave, watching and hearing it melt rapidly from the inside out, you not only understand that climate change is real, but you feel compelled to do everything you can to halt and reverse it. VR is the best tool we’ve found for turning passive viewers into active participants.”