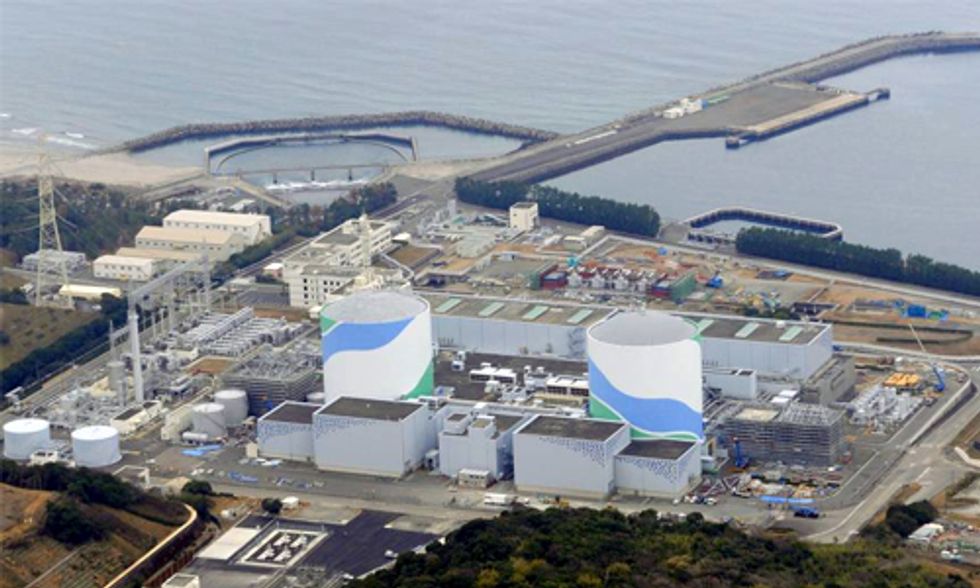 The decision of the Nuclear Regulatory Authority (NRA) to approve the draft assessment for the two Sendai nuclear reactors in Kyushu is a clear and dangerous signal that Japan's nuclear village—industry, regulators and government—is deliberately and cynically ignoring the lessons of the Fukushima nuclear disaster. The approval of the assessment is the first step in restarting the Sendai reactors.

Kyushu Electric Power Co.’s Sendai Nuclear Power Plant in Satsumasendai, Kagoshima Prefecture. According to an opinion poll by Greenpeace Japan, less than 10 percent of the people living within a 30km radius of the Sendai nuclear power plant think they can evacuate without being exposed to radiation if a severe nuclear accident were to occur.

The two Sendai reactors have been shutdown since 2011. These are old reactors—29 and 30 years respectively. Nuclear reactors, no matter what age, are inherently at risk of an accident, but the older the plant the greater the risk. A car designed four decades ago and operating for 30 years in no way can meet safety standards of the present day. Fukushima has shown again that nuclear reactors have the potential to devastate a region and its people.

The citizens of Japan know that the Sendai reactors are not safe to operate. When the NRA announced it was putting the reactors at the top of the list for review, 6,000 people demonstrated in Kagoshima near the plant. According to an opinion poll by Greenpeace Japan, less than 10 percent of the people living within a 30km radius of the Sendai nuclear power plant think they can evacuate without being exposed to radiation if a severe nuclear accident were to occur.

Last week, Aira city councillors voted 23 to 1 against restarting the Sendai reactors. Aira, in Kagoshima Prefecture, lies only 30km from the Sendai nuclear reactors and is a designated evacuation point in the event of a severe accident.

The regulators have accepted the view of Kyushu Electric Power Company, the Sendai operator, that the seismic and tsunami risks are low at the site. This is despite a warning from independent seismologists that the science of earthquakes is such that it is not possible to predict where an event will happen and its strength. No tsunami sea wall has been built at the Sendai plant.

The major issues of concern at Sendai include: no effective evacuation plan for the populations in the region, no functioning emergency response centre protected against radiation, and the failure of Kyushu Electric and the NRA to conduct robust assessments on volcano risk.

Like many nuclear plants in Japan, Sendai is close to an active volcano—in this case, Sakurajima, one of the most active volcanoes in the world, and one of the few that are at present in constant (persistent) activity. This volcano is about 70km from the Sendai nuclear plant. Ongoing, typical activity ranges from strong strombolian (low-level eruptions) to large ash explosions every 4-24 hours.

The Sakurajima volcano is of major concern to many experts, including vulcanologists, with the threat that in the event of an eruption, it could take out offsite electric power to the plant. The same eruption could clog the air intakes of diesel generators, the only source of ongoing power if the offsite power is taken out of service. A station blackout was what led to the loss of cooling function at Fukushima and the subsequent reactor meltdowns.

The nuclear village in Japan was one of the principal reasons why the Fukushima accident took place. While the Abe administration and nuclear industry may prefer to forget the lessons of 2011 the people of Japan will not. They are determined to stop the planned restart of Japan's nuclear reactors.

As we approach the one year birthday of no nuclear-powered electricity in Japan (the last of the country's remaining 48 reactors were shutdown in September 2013) it is clear that Japan can function as a society without risking catastrophic nuclear accidents, while rapidly growing its renewable energy sector and embracing efficiency. The NRA decision may make headlines around the world but Japan is a long long way from restarting its large nuclear program—and the people of Japan are determined to make its future energy path a very different one from its past.