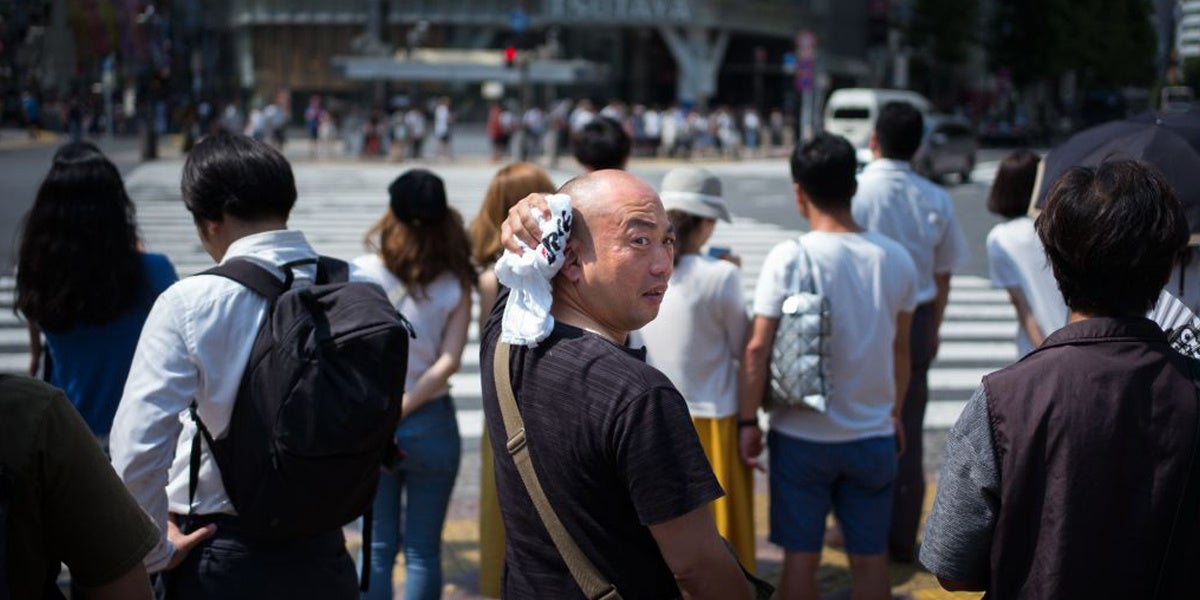 Hot, dry and fiery conditions are being seen by many parts of the globe right now. This includes Japan, where the nation’s meteorological agency just declared the extreme heat a “natural disaster.”

An agency spokesman said that “unprecedented levels of heat” were being felt, as quoted by AFP.

The city of Kumagaya, located about 40 miles northwest of Tokyo, even broke the country’s all-time record when it reached 106 degrees Fahrenheit on Monday. The previous record was 105.8 degrees, set on Aug. 12, 2013 in the town of Ekawasaki.

It was 106°F in Japan today — the hottest temperature ever measured in that country's history.

This comes after parts of Japan recorded *70 inches of rain* *earlier this month*, causing historic flooding.

Climate change is real, and it's happening now. https://t.co/A8PsPBP0yI

The ongoing heatwave “is fatal, and we recognize it as a natural disaster,” the weather agency spokesman added.

Preliminary government data shows that the heatwave caused 65 deaths from July 16-22. Another 22,647 people were also sent to hospitals with heat stroke symptoms. Both of the figures are the highest for one week since record-keeping began in 2008, according to the Asahi Shimbun.

As of Tuesday, Fire and Disaster Management Agency said a total of 80 people have died from the heat since the beginning of July, and more than 35,000 have been hospitalized, AFP reported.

Japan #heatwave. A glance at some new records set today. WMO is updating its roundup of extreme July weather. pic.twitter.com/F5Xx4e2gxm

The sweltering conditions come not long after historic flooding and mudslides killed more than 220 people in western and central Japan.

As EcoWatch previously mentioned, that weather disaster fell in line with government predictions for the impact of climate change on Japan. A 2012 report found that global warming could increase the risk of flooding and landslide disasters due to heavy rain.

“I’ve felt the seasons change about 20 days earlier than usual, and the rainy season also ended much earlier. It must be global warming,” a Japanese woman commented to AFP‘s cameras.