At Least 42 Dead After Japan’s Worst Typhoon in Decades 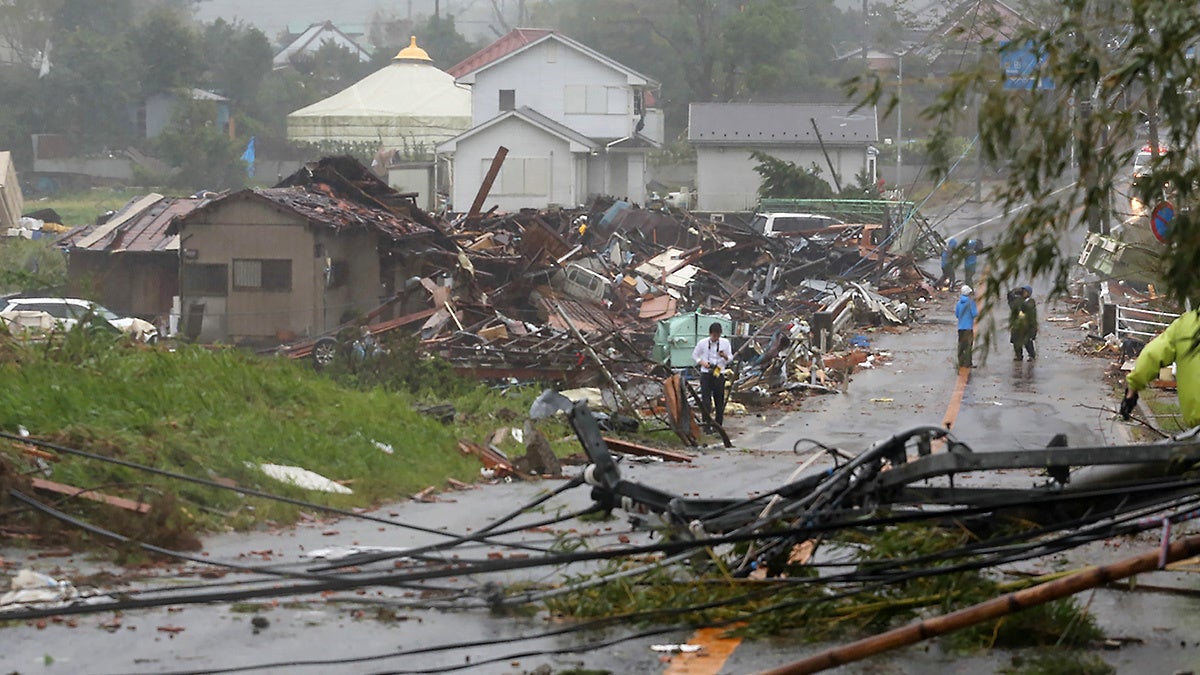 At least 42 people have died and 15 are missing after Typhoon Hagibis swamped Japan Saturday, bringing record rainfall that flooded more than 1,000 homes, The Washington Post reported.

It was the worst storm to hit the country in decades, BBC News reported, and more than 110,000 people are now assisting with the rescue efforts.

Kenichi Nakajima, a 58-year-old farmer from Sakado-shi- Akao, told The New York Times that the extent of the damage was “abnormal.”

“Recently, a girl made a speech about global warming, and as she was crying she said, ‘We have no future,'” he said, in reference to Swedish climate activist Greta Thunberg’s speech at the UN Climate Action Summit in September. “She is absolutely right.”

Hagibis was classified as a “super-typhoon,” the equivalent of a Category 5 hurricane, when it was 900 miles from Japan. When it made landfall at 7 p.m. Saturday in Ito, the winds had fallen to 130 miles per hour, according to The New York Times. But the rain was intense. In the town of Hakone, more than 3 feet fell in 48 hours, a record for Japan, according to BBC News.

All that rain caused at least 142 rivers to flood across the country, NHK said, according to The New York Times. Levees on 21 rivers collapsed, including one on the Chikuma River that caused massive flooding in Nagano City.

While the capital of Tokyo took a direct hit from the storm, it survived relatively intact, with much of the damage elsewhere.

Ahead of the storm, the government had urged more than seven million people to evacuate, but only around 50,000 are believed to have stayed in shelters. As of Monday, around 92,000 homes were without power and 120,000 had lost water.

“I extend my condolences for all those who lost their lives and offer my sympathy to all those impacted by the typhoon,” Japanese Prime Minister Shinzo Abe said, as The Washington Post reported. “The government will do everything in its power to cooperate with relevant agencies and operators working to restore services as soon as possible.”

The storm led to the cancellation of three Rugby World Cup matches, though Japan’s match against Scotland took place as planned, and Japan won to advance to the quarter finals for the first time, BBC News reported.

“Everyone who is suffering with the typhoon, this game was all for you guys. The crowd was massive for us, and today was more than just a game,” national team coach Jamie Joseph said after the win.

Canadian rugby players, whose match against Namibia was canceled, decided to use their time pitching in with recovery efforts, Reuters reported.

“What we want to do today, if we can, is get out in the community and help. We’ve been hosted so well. We want to give back all we can,” captain Tyler Ardron told Reuters.