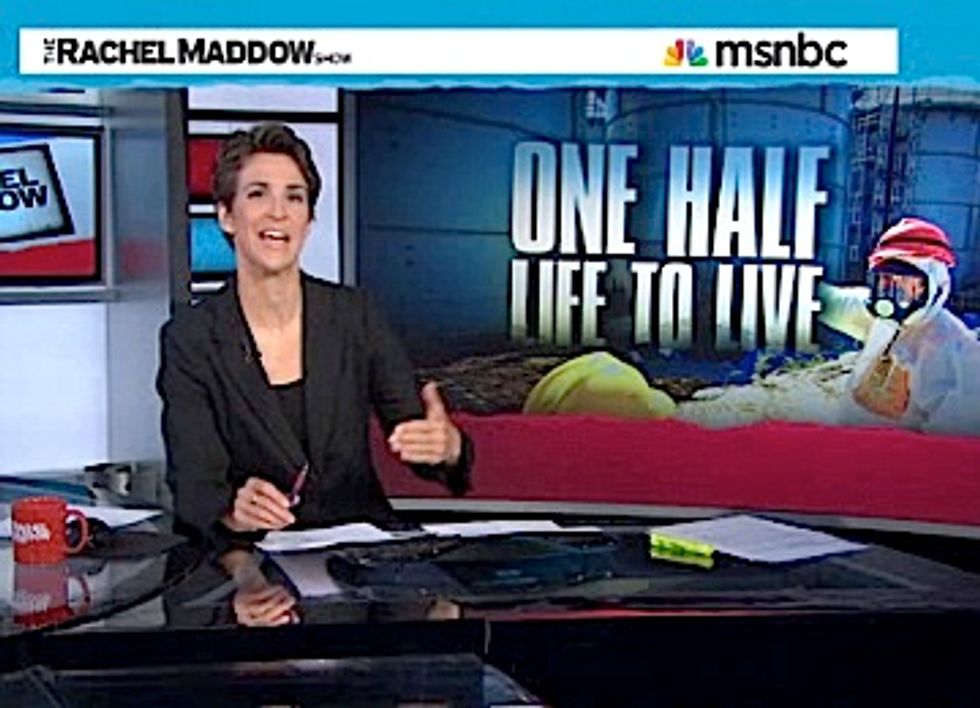 On MSNBC's The Rachel Maddow Show yesterday, Maddow spoke with Edwin Lyman from the Union of Concerned Scientists about new radiation readings coming from the leaking Fukushima nuclear power plant as Japan tries to solicit a bid to host the 2020 Olympics.

While officials tasked with securing the bid attempt to assure the International Olympic Committee that the city is "unaffected" by the radiation leaks, Maddow and Lyman discuss the reality of relatively few options for containing the vast quantities of radioactive wastewater accumulating at the site and threatening the Pacific Ocean.