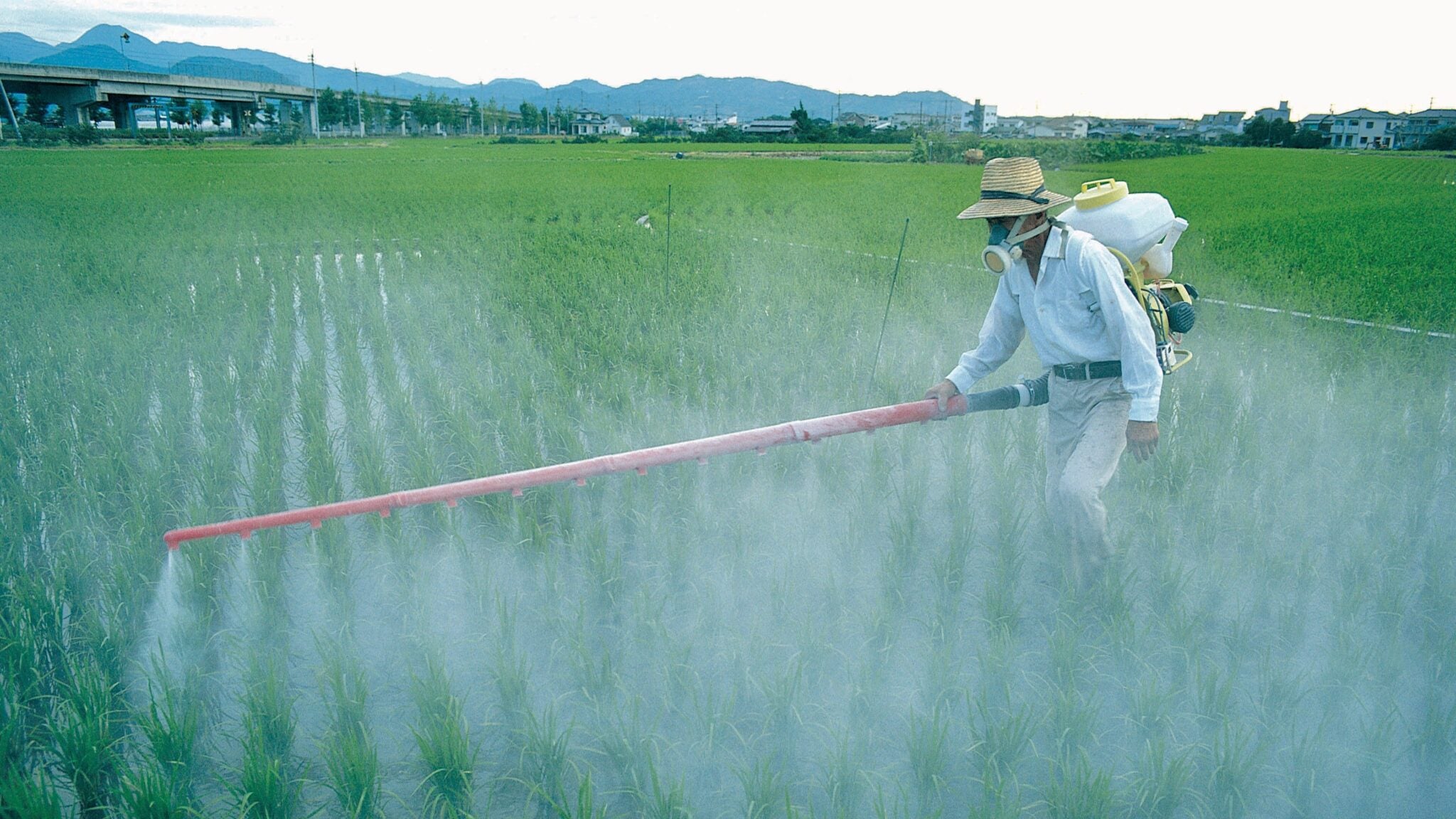 Scientists announced today that pesticide use on rice fields led to the collapse of a nearby fishery in Lake Shinji, Japan, according to a new study published in the journal Science.

The long-term study seems to have borne out the prophecy of Rachel Carson’s seminal 1962 book Silent Spring, in which the author describes the nefarious trickle down effects of chemical pesticides that could “still the leaping of fish.” While it is impossible to say that the use of pesticides caused the collapse of the fishery, the correlation is extremely strong.

The researchers looked at the degradation of the food chain around rice paddies after the introduction of the pesticide neonicotinoids in 1993 in Japan. The study showed an immediate decline in insect and plankton populations in Lake Shinji after the pesticide was sprayed in nearby rice fields, as The Guardian reported.

The decline in insects and plankton then led to the collapse of eel and smelt populations, which rely on the tiny insects for food. The scientists looked at other possible causes for the collapse of the smelt and eel fisheries, but those were all ruled out. The scientists say there is “compelling evidence” that neonicotinoids are the culprit, as The Guardian reported.

The pesticide has previously been linked to declines in pollinator populations. Researchers have found that it lowers the sperm count of bees and shortens their lifespan, as EcoWatch reported. Its role in colony collapse disorder and in declining butterfly populations caused the European Union to ban the world’s most popular insecticide for all outdoor use in 2018, as Reuters reported.

Previous studies have also linked ripple effects of the pesticide’s application to cause collapses of mayflies, dragonflies and snails. A Dutch study found that bird populations declined where the insecticide was sprayed. In that case, the absence of swallows, starlings and tree sparrows does not mean they were dying, but possibly moved to riper feeding grounds.

By contrast, the study is the first time a potential link has been shown between the insecticide and its effect on other animals, including vertebrates, according to a press release from the American Association for The Advancement of Science.

The year that the insecticide was first applied, 1993, coincided with an 83 percent decrease in the average amount of springtime plankton. A year later, the smelt harvest collapsed from 240 tons per year to just 22 tons in a single year, according to the study. Additionally, the midge, Chironomus plumosus, which smelt also feed on, was one of the worst affected bugs. It vanished completely from all 39 locations sampled in 2016, despite being abundant in 1982.

The researchers noted that Rachel Carson’s book was prophetic. In their paper, The Guardian reported, the Japanese researchers said how “she wrote: ‘These sprays, dusts and aerosols are now applied almost universally to farms, gardens, forests and homes – nonselective chemicals that have the power to kill every insect, the ‘good’ and the ‘bad’, to still the song of birds and the leaping of fish in the streams.’ The ecological and economic impact of neonicotinoids on the inland waters of Japan confirms Carson’s prophecy.”

“This disruption likely also occurs elsewhere, as neonicotinoids are currently the most widely used class of insecticides globally,” worth more than billion per year, they said, as The Guardian reported.

The German company Bayer is the world’s largest producer of neonicotinoids.

“The annihilation of humble flies and the knock on effects on fish serve as further testament to the dreadful folly of neonicotinoids,” said Matt Shardlow, from the charity Buglife, to The Guardian. “Let’s hope this is a wake-up call for Asian countries and they move to quickly ban the chemicals from paddyfields.”