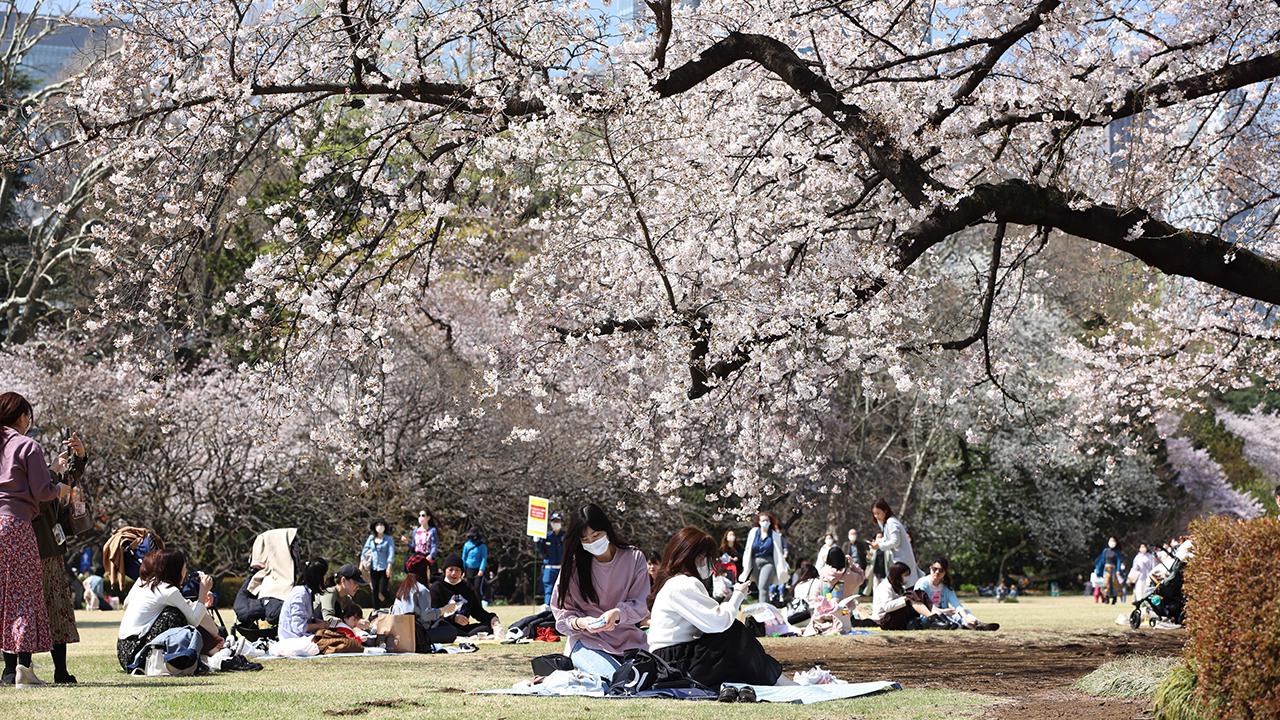 Japanese cherry blossom lovers have been seeing their favorite time of year come ever earlier in recent times, with 2021 proving to be a record year.

The nation’s favorite flower, called “sakura” — at one time very much an April phenomenon — has started to burst into bloom regularly in late March.

Peak bloom in the ancient capital of Kyoto was reached on March 26 this year, the earliest since the Japan Meteorological Agency started collecting the data in 1953.

The date is 10 days ahead of the 30-year average, with similar records set this year in more than a dozen cities across Japan.

The flowers have been a strong influence on Japanese culture for centuries. They are regularly used in poetry and literature and their fragility is viewed as a symbol of life, death and rebirth.

Hanami viewing parties, with picnics — often with alcohol — are often organized beneath the trees.

​Blossom-loving experts say this year’s bloom is the earliest peak bloom ever in Kyoto, based on records from old documents, diaries and poetry books from the city.

Osaka Prefecture University environmental scientist Yasuyuki Aono told the AP news agency that he believed the earliest blooms before this year had been on March 27. Those had been in the years 1612, 1409, and 1236, although records are missing for some years.

The Japan Meteorological Agency tracks 58 “benchmark” cherry trees across the country. The trees are sensitive to temperature changes. The timing of their blooming can provide valuable data for climate change studies.

“We can say it’s most likely because of the impact of the global warming,” Shunji Anbe, an official at the agency’s observations division, told the Associated Press.