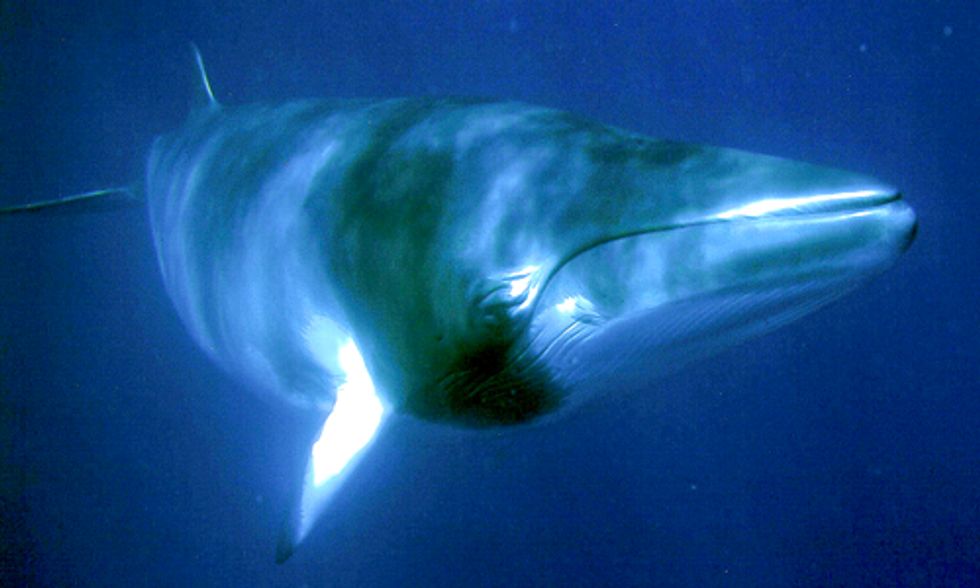 The announcement confirms that although no sperm whales will be targeted, Minke, Bryde’s and endangered Sei whales will be targeted in the North Pacific in the coming weeks. This news comes just weeks after this year’s Antarctic whale hunt was cancelled, following a March ruling by the UN’s International Court of Justice that it was illegal.

That ruling clearly confirmed that so-called "scientific research" whaling in the Southern Ocean was being done for commercial purposes. The judgment led to an urgent review of whaling plans by the Government of Japan, in the midst of international criticism, as well as some internal political pressure.

There have been other significant developments too: Japanese internet giant Rakuten announced it would stop selling whale meat after a campaign by our colleagues Environmental Investigation Agency, and shipments of endangered fin whale meat en route to Japan have been exposed, blocked, and challenged by Greenpeace in Europe, Africa and Canada.

Recent media reports from Japan suggest there has been a frantic debate inside the Japanese government. The Government of Japan had already stated that the court case, despite focusing solely on Antarctic whaling, would have ramifications for the North Pacific hunt too. Today’s confirmation to carry on whaling comes just days before President Obama’s much-anticipated visit to Japan. It will surely cast a cloud on his conversations with Prime Minister Abe.

It’s a frustrating time for those of us campaigning to end commercial whaling. The decision to go ahead with these hunts will draw more international criticism for the Government of Japan, and surely raise questions inside Japan as to why so much political effort goes into keeping this dying industry alive. This is an industry that should simply be consigned to the past, as stockpiles of unwanted whale meat and rapidly diminishing demand clearly show.

The international focus on continued commercial whaling on the high seas has stymied real international progress on whale conservation. Recent reports have shown that some whale species haven’t yet recovered from commercial whaling in the last century. That’s worrying when we consider all of the other threats, from climate change to ship strikes, that face the world’s whales today.

It’s clear that "scientific" whaling as it has been carried out for many years cannot continue. Now Japan has a chance to stop these whaling expeditions for good. Carrying on as usual might well result in more damaging legal challenges undermining Japan’s international reputation. It’s too bad. The international community reacted so warmly to Japan’s seeming acceptance of the court judgment.

The UN court ruling, coupled with international criticism and plummeting demand for whale meat in Japan should give Japan an opportunity to end its whaling expeditions for good. Commercial whaling is simply not needed in modern Japan. Ending it might not be politically easy, but it’s the right thing to do.