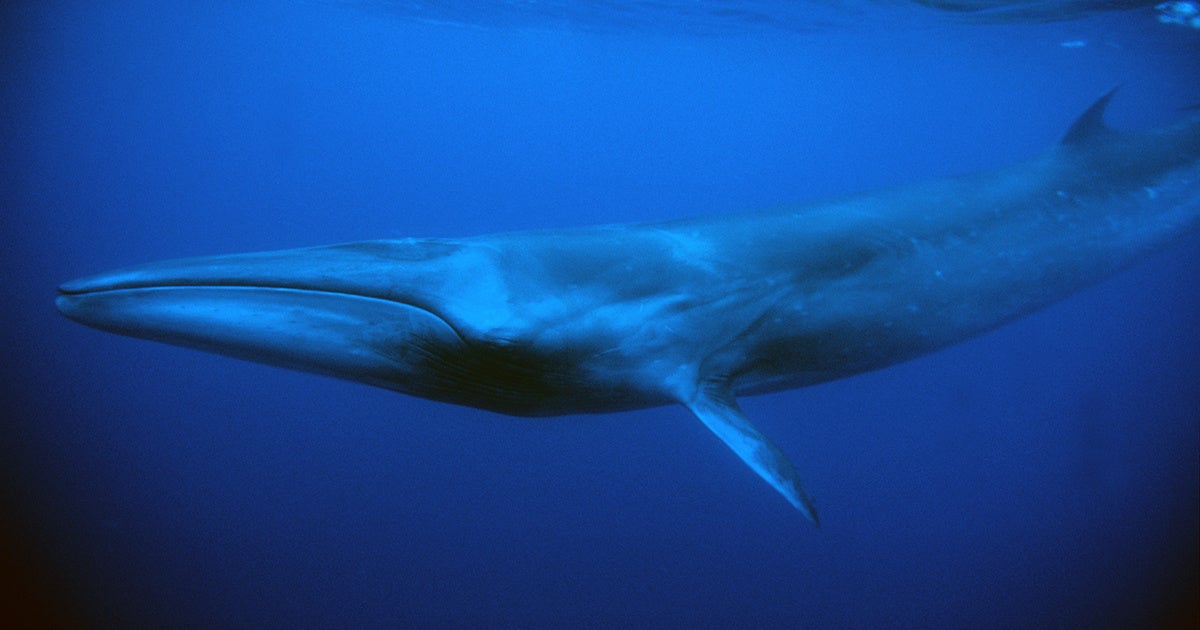 A sei whale, considered endangered by the IUCN; sei are one of three species that will be hunted commercially in Japan starting today. Gerard Soury / Getty Images

Commercial whaling ships set sail from Japan Monday for the first time in more than 30 years, The Guardian reported.

Japan had been hunting whales in the waters off Antarctica for “research” purposes since 1987, according to BBC News. The hunts killed between 200 and 1,200 whales a year, and conservationists accused the Japanese government of using the hunts as a cover for commercial whaling, since much of the meat was eventually sold.

Following its decision to leave the International Whaling Commission (IWC) in December 2018, Japan is ending the Antarctic hunts, but resuming commercial whaling in its own waters.

A dark day for life on earth as Japan begins commercial whaling – not that they haven’t been slaughtering whales for years – but this is a very ugly backward step against the growing global belief that it’s time to love life : all life . https://t.co/IlucwDrwV6

The decision has prompted an international outcry. A group of NGOs, celebrities and activists including Stephen Fry, Ricky Gervais and Dr. Jane Goodall signed an open letter to the nations involved in the G20 summit in Osaka, Japan urging them to pressure the Japanese government to abandon its whaling plans, as CBS News reported.

“Today, all whale populations are vulnerable to non-hunting threats including bycatch, ship collisions, climate change, and chemical, litter and noise pollution, which will take their toll on these mammals long into the future,” the letter said. “It therefore remains critical that co-ordinated global efforts are maintained to ensure the continued protection and survival of the world’s whales. This includes maintaining the international ban on commercial whaling.”

Whales are set to suffer agonising deaths as Japan leaves the IWC & returns to commercial whaling. We’ve joined global NGOs & @rickygervais @stephenfry etc to ask #G20 for a #WhalingIntervention at this weekend’s #G20OsakaSummit RT if you support 🐳 https://t.co/g32QR9BqN4 pic.twitter.com/84hpRuV5wp

Despite international criticism, three whaling vessels left the port of Shimonoseki, Yamaguchi Prefecture, Monday, and five smaller ships embarked from Kushiro in Hokkaido, The Japan Times reported. Together, they are launching the first commercial Japanese whale hunt in 31 years.

The country’s Fisheries Agency has set a quota of 227 whales: 52 minke, 150 Bryde’s and 25 sei, which can be hunted through December. The numbers are based on what the government considers a sustainable catch if whaling were to continue for 100 years.

Minke and Bryde’s whales are not considered endangered species by the IUCN Red List of Threatened Species. Sei whales are, but their numbers are increasing, BBC News reported.

“We will conduct commercial whaling based on scientific grounds and appropriate resource management,” Deputy Chief Cabinet Secretary Yasutoshi Nishimura said at a press conference reported by The Japan Times. “We hope it will get on track as quickly as possible, rejuvenate the community and lead to the handover of our country’s rich whaling culture to the next generation.”

However, some argue that Japan’s whaling culture is already in inevitable decline. The Japanese consumed around 200,000 tons of whale meat in the 1960s, but only around 5,000 tons currently.

“The palates of the Japanese people have moved on,” International Fund for Animal Welfare Marine Conservation Director Patrick Ramage told the Guardian. “They have lost their yen for whale meat, even as their government has spent billions in taxpayer yen trying to prop up this economic loser. What we are seeing is the beginning of the end of Japanese whaling.”

Marine life protection group Sea Shepherd, meanwhile, vowed to continue to fight Japanese whaling as it fights whaling in the other countries that have left the IWC to hunt whales for profit: Norway, Iceland and Denmark.

“For now we ask the people of Japan to join us in this global fight, calling on your Government to lay down their harpoons once and for all, for the critical role whales play in maintaining a thriving and healthy ocean for us all,” Sea Shepherd Founder Captain Paul Watson said in a statement.