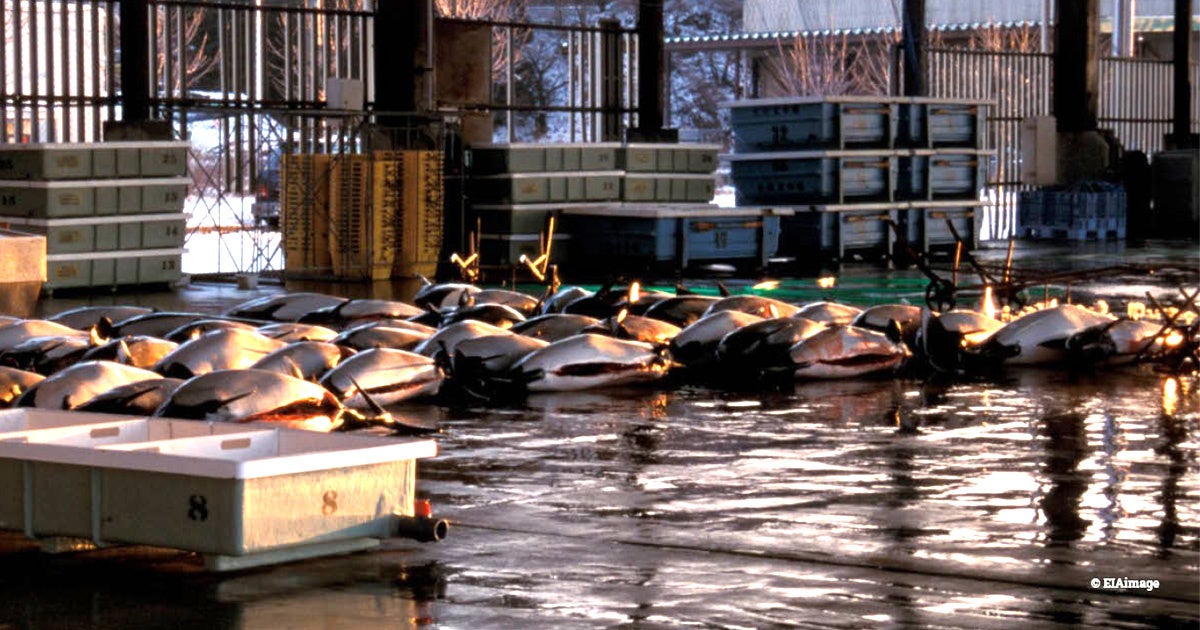 Otsuchi, in northern Japan, is the focal point of the hand harpoon hunt which has claimed up to 15,000 Dall’s porpoises in previous years.

The Dall’s porpoise hunts, along with dolphin hunts at the notorious cove in Taiji, continue to supply Japanese consumers with cetacean meat loaded with dangerous pollutants, including mercury and polychlorinated biphenyls (PCBs).

Eight Dall’s porpoise blubber products analyzed by Japanese scientists, commissioned by us, revealed high PCB levels, with one product purchased in Shizuoka, near Tokyo, having a concentration of 4ppm, a startling eight times higher than the regulatory level of 0.5ppm.

Once landed, porpoises and dolphins are processed and sold in supermarkets and fish markets throughout the country, sometimes illegally mislabelled as “whale meat” to increase the value of the meat. 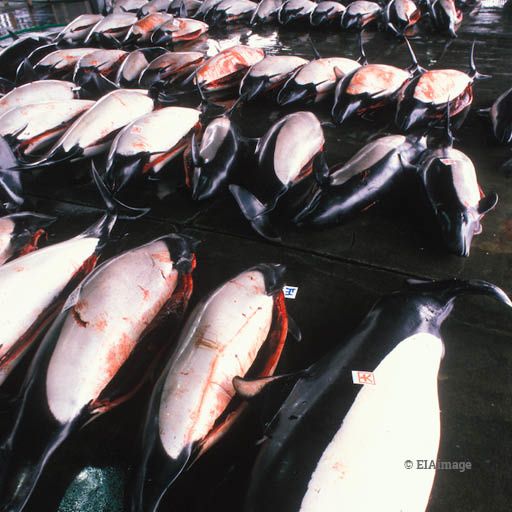 We have been documenting the annual Dall’s porpoise hunts for some 20 years, to raise awareness of the hunts themselves and their negative impact on marine conservation, taking our findings to meetings of the International Whaling Commission (IWC) and leading to several resolutions being adopted calling on Japan to stop the hunt.

We have also striven to let Japan’s consumers know that they are purchasing contaminated products with potentially very serious impacts on human health.

“The vast majority of Japanese citizens are kept in ignorance of the Dall’s hunt, of dangers posed by the toxic meats the government is allowing them to purchase and even, in many cases, of the actual species they are eating,” said Clare Perry, ocean campaigns leader.

“Almost 190,000 Dall’s porpoises have been slaughtered in the past two decades—and all to produce products for which there is barely any demand and sparking repeated condemnation from the IWC.”

Since catch records began in the early 1960s, more than half a million Dall’s porpoises have been deliberately killed in Japan’s coastal waters.