Jane Fonda Says Bernie Sanders Is the Only Climate Candidate 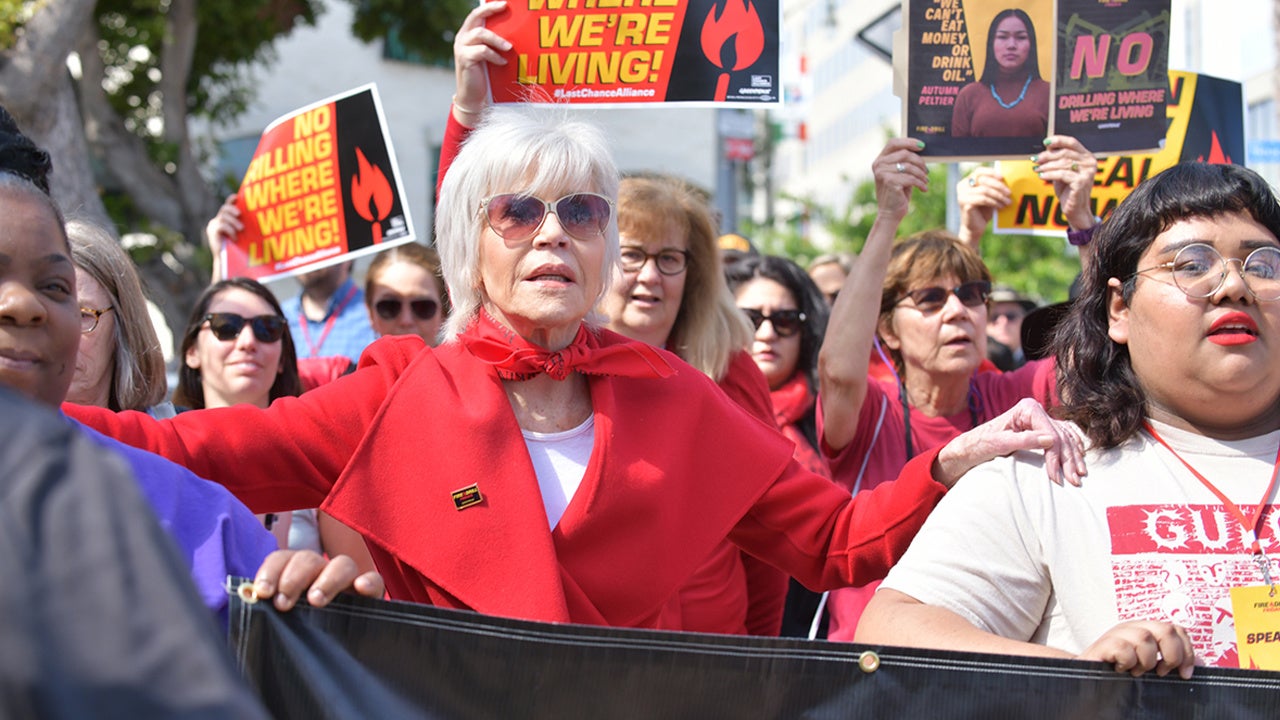 Octogenarian actor and activist Jane Fonda declared ahead of a climate action protest in California Friday that the U.S. needs a “climate president” and she is now backing Sen. Bernie Sanders, who is leading a grassroots movement challenging the Democratic Party establishment coalescing around former Vice President Joe Biden.

“We have to get a climate president in office, and there’s only one right now, and that’s Bernie Sanders,” Fonda told USA TODAY prior to the Los Angeles rally. “So, I’m indirectly saying I believe you have to support the climate candidate.”

Rep. Tulsi Gabbard (D-Hawaii) is technically still in the Democratic presidential primary race, but Super Tuesday effectively made it a two-person contest between Biden and Sanders (I-Vt.). USA Today noted that Fonda previously donated to Sens. Amy Klobuchar (D-Minn.) and Elizabeth Warren (D-Mass.), who have since ended their campaigns.

Sanders’ Green New Deal proposal to tackle the global climate crisis and ensure a just transition to renewable energy has been hailed by climate advocates as a “game-changer.” The plan, unveiled in August 2019, calls for “100% renewable energy for electricity and transportation by no later than 2030 and complete decarbonization by at least 2050.”

After a few months and five arrests, Fonda returned to California to resume filming her Netflix show Grace and Frankie. She also partnered with Greenpeace USA to bring Fire Drill Fridays to the West Coast. The first monthly rally was held on Feb. 7 at City Hall in Los Angeles. The second event was Friday, in the Los Angeles Harbor area, and focused on environmental racism.

Oil sites in communities like Wilmington are not a coincidence. There's a reason we don't see them in wealthier, predominately white communities — it's environmental racism. @Janefonda #FireDrillFriday pic.twitter.com/MmT6c3xLnP

With the Fire Drill Friday demonstrations, “we’re protesting an existential threat that could determine the future of human life on the planet, basically,” Fonda explained to USA Today.

Fonda’s attorneys struck a deal with a DC judge that the 82-year-old won’t face penalties or court dates for her arrests as long as she isn’t arrested in Los Angeles for three months. Although she won’t be risking arrest for a while, Fonda continues to demand climate action — specifically, cutting emissions by 50 percent over the next decade and phasing out fossil fuels by 2050.

“This is going to be very, very, very hard, and it requires millions and millions of people to do more than just be concerned, but to actually become activists and become willing to put their bodies on the line,” Fonda said. “That’s why we’re doing Fire Drill Fridays.”

Fonda was joined Friday by her Grace and Frankie co-stars Lily Tomlin and Sam Waterston as well as other celebrities and national and community organizers. After rallying at offices of Los Angeles City Councilmember Joe Buscaino, a group of actors and activists visited fossil fuel impact zones in the area before blockading the entrance of a Warren E&P oil extraction site. There were no arrests.

“While we’re in the midst of a massive communicable health crisis across the globe, a much quieter health crisis is worsening in communities like Wilmington, California where hundreds of residents, activists, and celebrities joined me today,” Fonda said in a statement Friday. “We heard powerful stories from community members who have become seriously ill simply by living in their own homes where drilling is occurring in their backyards, without their permission.”

“We will be watching California leadership, specifically Councilmember Joe Busciano, who has allowed his district to become a sacrifice zone for the fossil fuel industry, and demanding they do better,” Fonda promised. “We will not quiet down until our leadership decides to protect the people and our climate.”

An amazing display of action and solidarity today at #FireDrillFriday — and we're not stopping! Thank you to all the activists, community members, @Janefonda, @STAND_LA, @CBECal, @Youth4EJ, #LastChanceAlliance and everyone else who came out to demand climate action! pic.twitter.com/pWJL3IKXcb

Fonda’s vow to hold California leadership accountable was echoed by other climate activists. Annie Leonard of Greenpeace USA called Democratic Gov. Gavin Newsom to “do something for the health and and safety of communities like Wilmington, and begin a just transition away from fossil fuels for the industry’s workers.”

Newsom, Leonard said, “must stop issuing new permits for oil and gas projects, drop existing fossil fuel production, and roll out setback limits by creating a 2,500-foot public health and safety buffer zone between fossil fuel infrastructure like the Warren E&P sites and homes, schools, and other sensitive sites in neighborhoods like Wilmington.”

Oil operations happen right next to our homes and schools and parks in Wilmington. People are suffering while politicians are sitting on their hands. Just last week a fire broke out at one of the refineries in our community and we had to advise residents to stay indoors and close their windows to try to mitigate toxic fumes from coming into their homes. There is environmental racism at play for frontline communities across California, and it’s unacceptable.

Dr. Saba Malik of Physicians for Social Responsibility-Los Angeles and the STAND-LA Coalition said, “It’s public health common sense — based on a mountain of scientific evidence — that oil production does not belong anywhere near homes, schools, or other sensitive land uses.”

“So why do they remain in communities like Wilmington and South Los Angeles?” Malik added. “Because these communities are comprised overwhelmingly of people of color, lower income people with less access to adequate healthcare, resulting in an even greater risk of chronic disease and increased vulnerability to the effects of these environmental insults.”