James Hansen: Fracking is 'Screwing Your Children and Grandchildren' 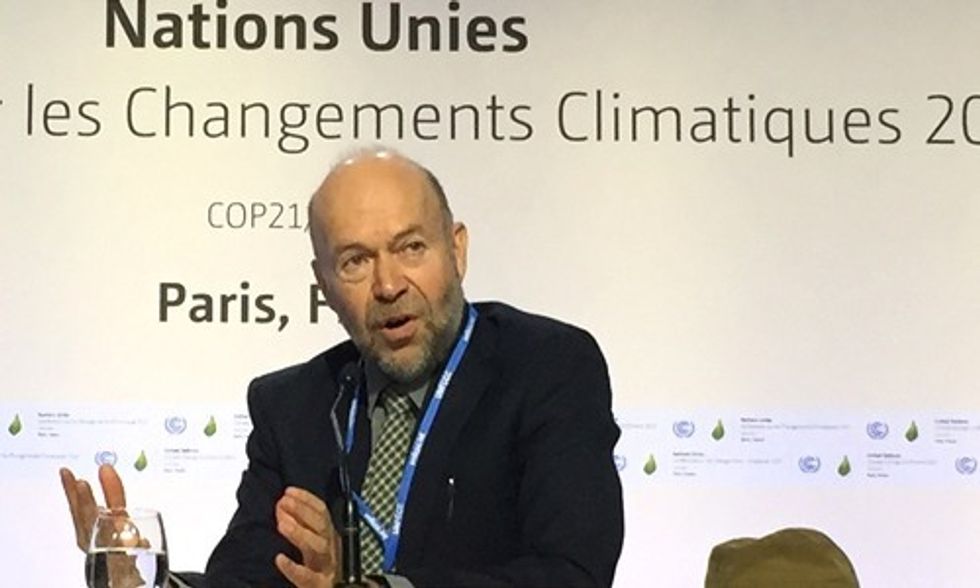 Speaking to Carbon Brief at the COP21 climate conference in Paris, Dr. James Hansen, one of the world’s most prominent climate scientists, has strongly criticized the UK government’s pursuit of fracking for shale gas.

Asked what he thought of the UK government’s policy of seeking to copy the U.S.’s fracking revolution, Hansen said:

Well, that’s screwing your children and grandchildren. Because if you do that, then there’s no way to avoid the consequences [of] multi-meter sea-level rise. But we can’t do that. And that’s what the science says crystal clear. And yet politicians pretend not to hear it, or not to understand it.

Hansen, the former director of the NASA Goddard Institute for Space Studies who famously warned the U.S. Congress about global warming in 1988, also responded to Carbon Brief’s questions about other areas of UK energy policy, such as the proposed new Hinkley C nuclear plant Somerset (“more expensive than it should be”), carbon capture and storage (“a mirage”) and the reining back on support for renewables.

Asked if he thought there were risks switching from coal to gas, Hansen said:

If gas were truly used as a very temporary bridge to replace coal … But that’s not what’s happening. If you build a new power plant, you don’t plan to shut it down in 10 years. There’s way too much gas in the ground. It would put us way over 2C, 3C, 4C. There’s a huge amount of gas in the ground. What political leaders have not been willing to do is face the truth that you can’t burn all of that. They’re allowing, even bragging about, having found the technology to get more of the gas out of the ground with fracking.